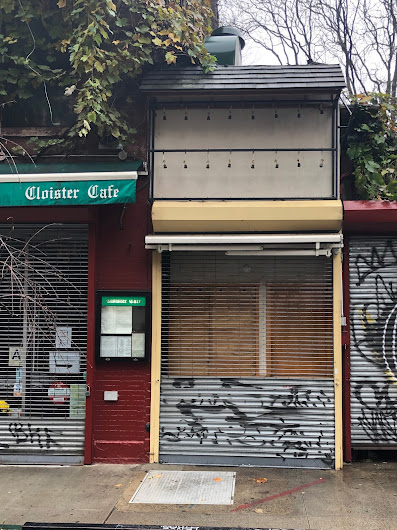 Yonekichi has shut down its quick-serve spot on Ninth Street between Second Avenue and Third Avenue... EVG Ninth Street Bureau Chief NOTORIOUS notes that Yonekichi even took their bench seat out front.. 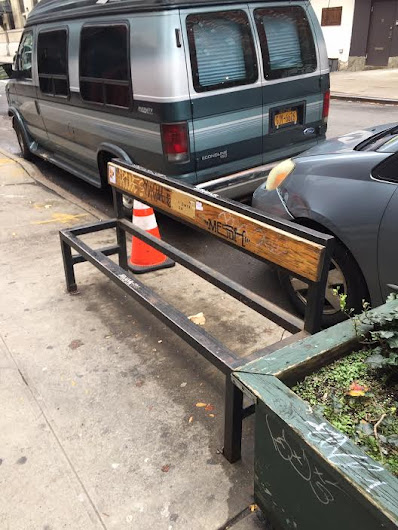 Yonekichi, part of Bon Yagi's East Village stable of restaurants, announced on its website that the lease was up ... and they will be looking for a new home... 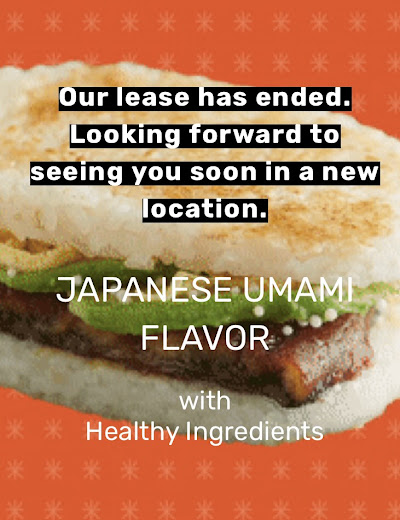 The to-go spot was a big hit (except with the Daily News) when it opened back in August 2014, serving a variety of crisp rice buns with made-to-order fillings.

Oh shoot, these were good! I liked the salmon riceburger with wasabi fries. Dammit.

Hope they find a new home. I like their fusion burger offerings, novel and unusual and yet still quite familiar. And why is anyone surprised that a business is taking their bench with them when they leave. It's theirs, isn't it. Why wouldn't they take it.

"And why is anyone surprised that a business is taking their bench with them when they leave."
Because they only took the bench seat, leaving a useless frame in a space that they appropriated?

I tried them when they first opened. I ordered a half cooked egg thing between two buns made of compressed white rice, served in a paper sleeve. I took a bite and yoke and rice exploded on my hands and face. The paper sleeve was of no help.

@sophocles The old men outside refer to it as a rim seat, whatever that means.