A morning look at the tree damage; 'the East Fifth St. Tree Committee is devastated' 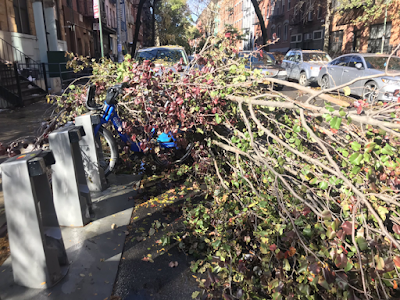 [Photo from 6th and B via @artisanmatters]

Here's a Snowvember-morning-after look at some of the downed limbs and trees that remain on East Village streets... yesterday's wet, heavy snow proved too much for the trees that still had leaves intact... 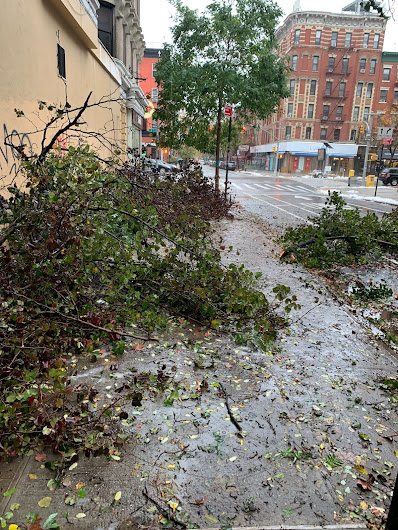 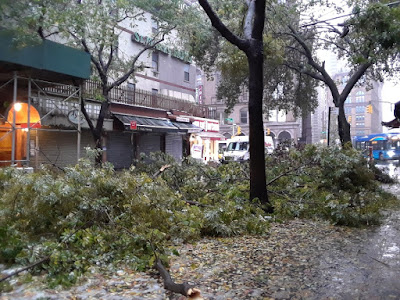 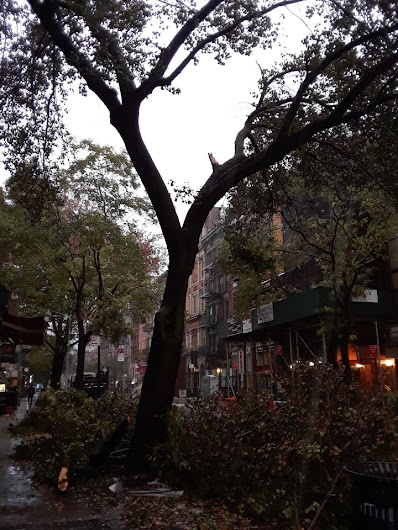 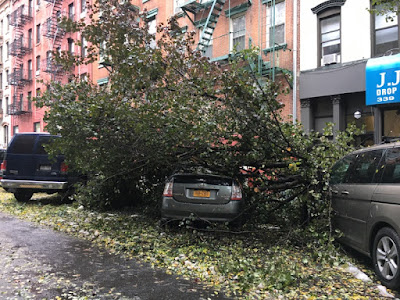 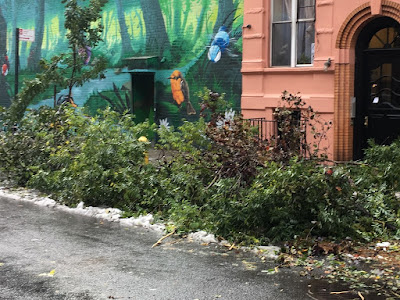 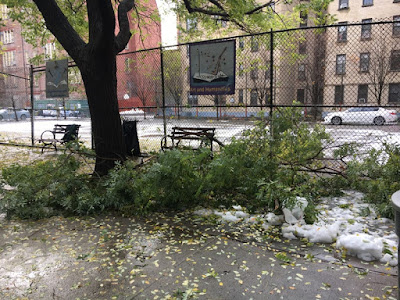 In total on the block, four trees lost limbs. "The East Fifth St. Tree Committee is devastated," a committee member said via email.

Previously on EV Grieve:
[Updating] Snowvember pain: Multiple reports of trees down
Posted by Grieve at 11:30 AM

The trees look so green for this time of year. It was a hot humid year, wonder if that had anything to do with the current state of foliage.

I was out last night and it one block after another filled with fallen trees. What a nightmare.

Yes, that had everything to do with it. Before a heavy snow -- wet, especially, like Thursday's -- trees that have not shed their leave bear the blunt of the weight.

Union Square was cordoned off this a.m. with police tape. Many branches and some trees down.

FOX (or was it PIX) news did a hilarious video assembling all the repetitive talking points by the Mayor, Sanitation Chief and other officials and NYPD brass by citing "cascading effects" that caused the traffic imbroglio. I assume they were sugar coating describing all the trees and branches collapsing

That's a great deal of fallen trees. I am glad no one was hurt by falling branches.