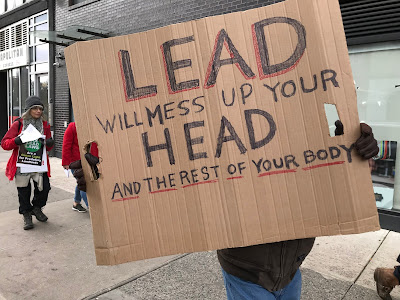 On Tuesday, members of the Lead Dust Free New York City coalition marched through parts of the Lower East Side and East Village, stopping at three buildings — 113 Stanton St., 57 Second Ave. and 233 E. Fifth St. — "where shoddy renovations have released lead dust into the air."

The group, including organizers from the Cooper Square Committee and Icon Tenants United, Tenants Taking Control and the Alliance of Croman Tenants, also praised elected officials for introducing laws aimed at protecting them and urged them to continue pushing for more lead reform. 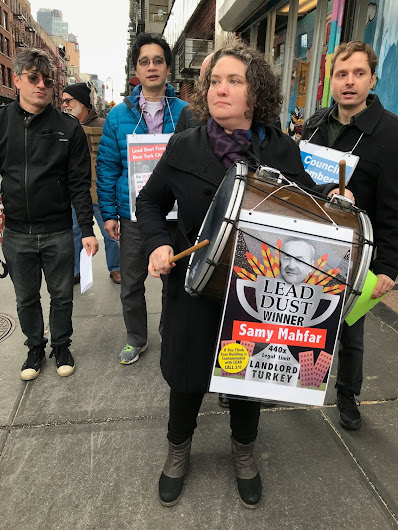 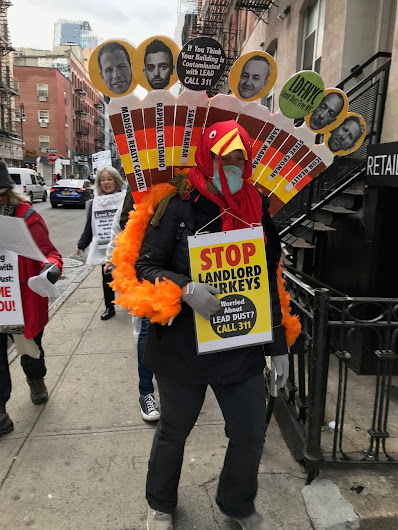 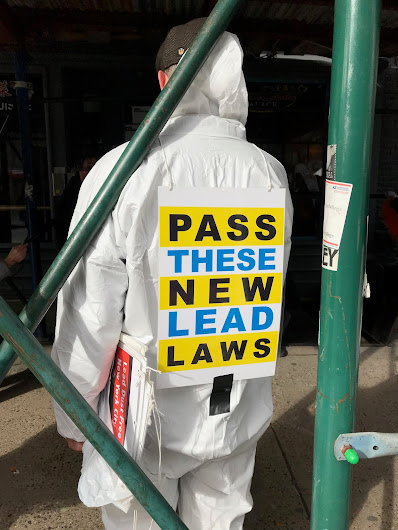 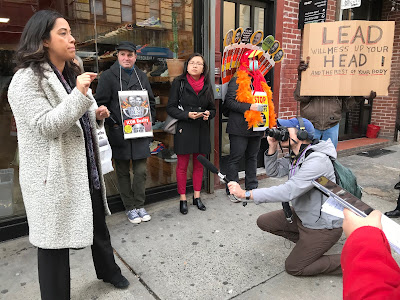 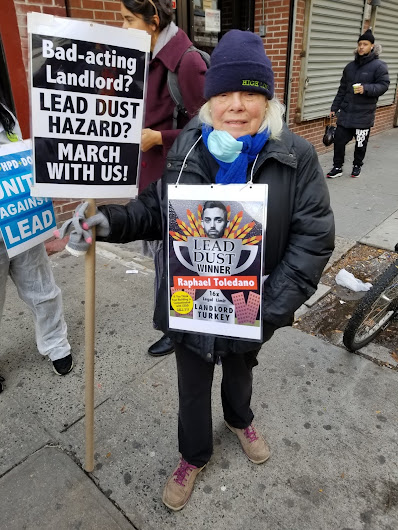 Here's more background via a news release from the Cooper Square Committee...

Known collectively as the Stand for Tenant Safety (or STS) Laws, they included a new, Real Time Enforcement statute, as well as a tenant bill of rights that must be posted in buildings where construction takes place. They also created a new position within the Department of Buildings, called the Office of the Tenant Advocate.

Marchers demanded that these laws also be enacted to further prevent the erosion of affordable housing in New York City.

As in other cities around the United States ... New York is being inundated by a hyper-gentrification tsunami that has been permanently pushing middle- and lower-income tenants out of their homes. Some landlords, hungry for quick returns, continue to pursue the practice of predatory equity, which worsens the city’s affordable housing crisis. These same landlords typically ignore safe work practices while renovating their buildings.

Get the lead out: Tenants call for protections from lead dust during renovations
Posted by Grieve at 4:23 AM