Empire Gyro announces itself on Allen and Houston 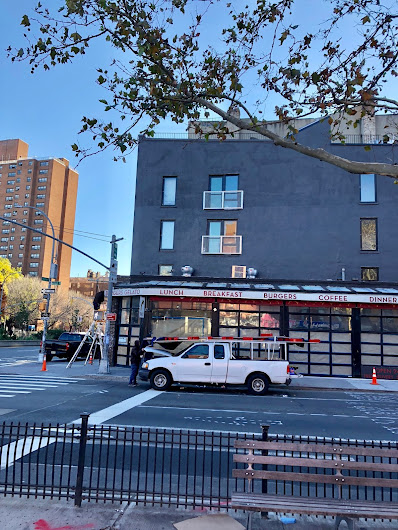 The sign crew arrived on Sunday (top pic!) here on the southeast corner of Allen and Houston to install the new tenant's marquee... and here's Empire Gyro... 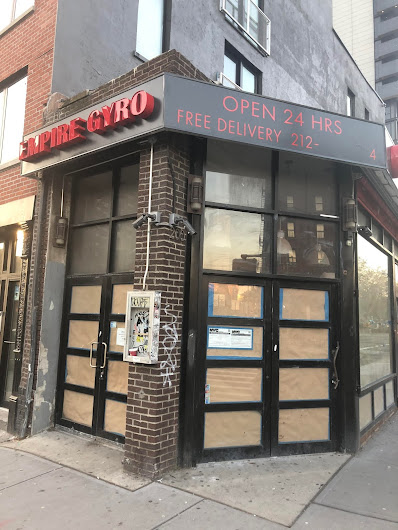 The Times reported last month that the 24/7 restaurant will serve a menu that includes soups, salads, kebabs and shawarma. (And no relation to Empire Biscuit!) 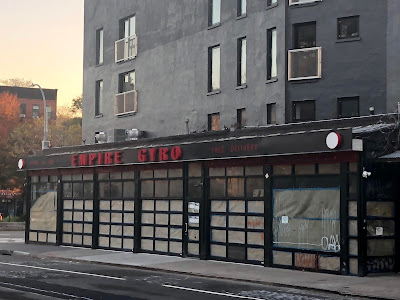 The Sugar Cafe closed here in February 2017 after 10-plus years in business. A rent increase — perhaps as much as double the previous ask — was reportedly behind the closing.

Previously on EV Grieve:
'Mediterranean fusion' for the former Sugar Cafe on Houston and Allen
Posted by Grieve at 4:00 AM

A (pale, homogenized?) replacement for Bereket?

Is it confirmed that 212-4 is a legitimate telephone number?

I just hope they have good Lamb gyros like Bereket used to have.