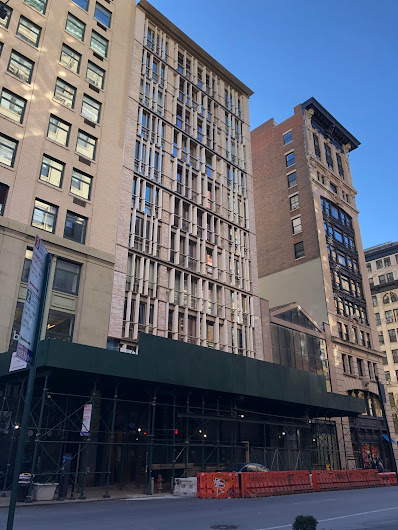 Nearly two years have passed since our last look at the 12-floor condoplex that arrived at the site of the former open-air shops on Broadway near Fourth Street ... 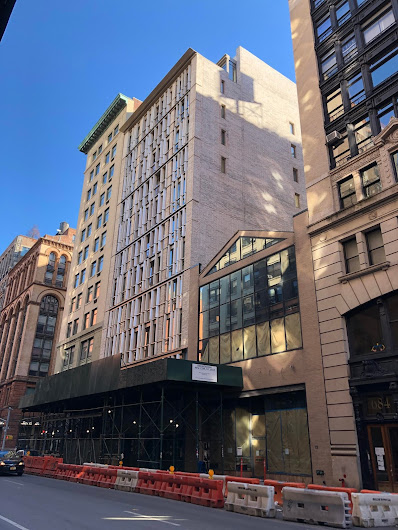 The 16-unit project is known as 1 Great Jones Alley, whose website promises "a private paradise." Here's some more about the the residences via the 1 Great Jones website....

According to Streeteasy, all the residences have either been sold or are in contract, including the $20-million duplex penthouse.

Meanwhile, we're not sure what became of the the $10-million lawsuit over the 137-foot alley behind the buildings. In March 2017, the co-op board of 684 Broadway, the building at the corner of Great Jones with multi-million-dollar condos, sued the developers of 1 Great Jones Alley.

The developer is “not authorized to remove and/or alter the gate that sits at the entrance to the alley … [and] do not have the right to advertise the alley as ‘private’ to potential buyers,” according to court papers.

The developer of 1 Great Jones Alley cannot even allow cars to sit and idle in the space — without the consent of 684 Broadway, the suit contends.

The co-op wants the condo’s misleading ads to end, and are asking a judge to order 1 Great Jones Alley to tell their residents no cars, or changes, will be permitted.

“The board believes that part of the alley and gate belongs to 684 Broadway, and felt that they had to file this lawsuit to protect their property rights,” said 684 Broadway in a statement via its lawyer, Robert Brown.

The 1 Great Jones website notes: "A secret alley. A private paradise. An exclusive residence." A car is still visible in the rendering... 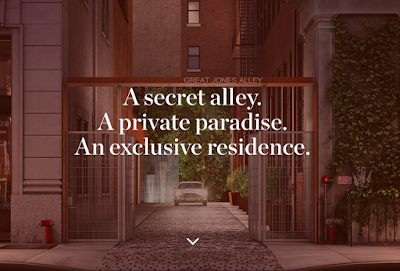 And here's how paradise the alley looked the other day... 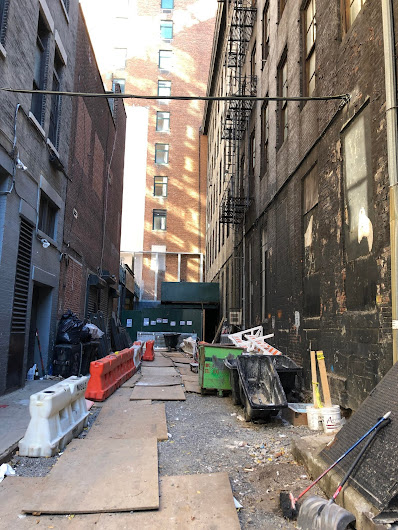 In May 2017, three construction workers were reportedly injured, one seriously, after a steel beam fell 12 stories at No. 688.

Report: There's a $10-million lawsuit over use of Great Jones Alley for new development
Posted by Grieve at 4:00 AM

"A new legacy"? Of what, the self-entitled image-obsessed uber rich who think driving a Tesla makes them edgy? Warhol. Basquiat. Musicians and writers. And now? Millennials who play Candy Crush on their overlords - er, I mean, phones - and moneyed nabobs who could not care less about the neighborhood's history.

Nothing good has ever happened in a secret alley.

That stretch of Broadway comprised a fun Saturday afternoon for 80s teens: Go to Unique and browse the racks, flip through the stacks at Tower Records, check out the flea market in that alley, and then head to Postermat on 8th. If the weather was nice, you could get something to eat and hang out in the park.