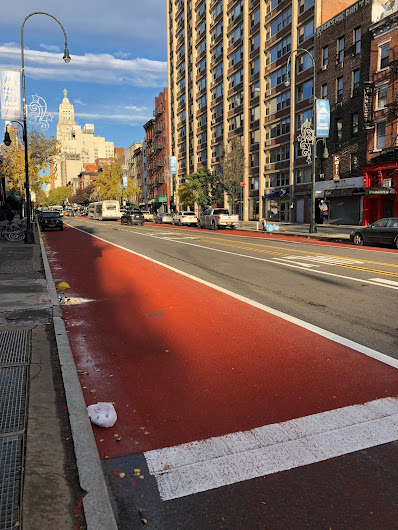 The city continues to prep 14th Street for its expanded role during the L-train closure next spring. Last week the markings went down for the eastbound Select Bus Service (SBS) lane between First Avenue and Third Avenue... 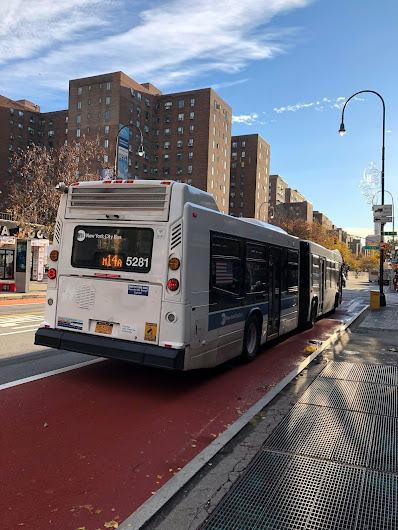 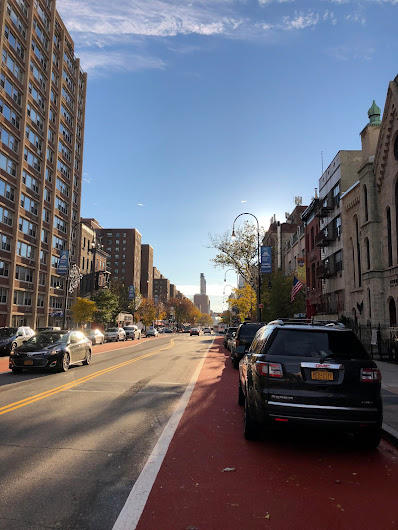 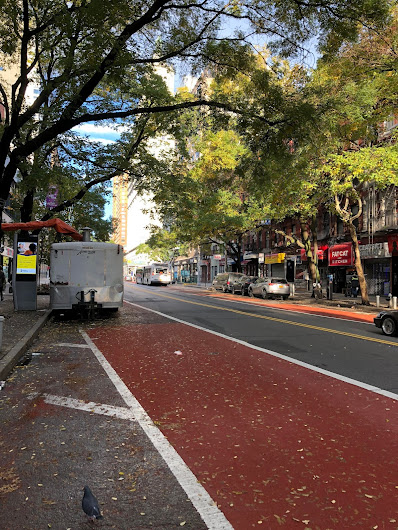 The westbound lanes are already in place (as noted here).

Here are more details, per the MTA:

The M14 SBS will supplement existing M14A and M14D local bus service on 14th Street, making five stops in each direction between First and Tenth Avenues ... Just before the L train tunnel reconstruction project begins, the M14 SBS route will be extended east to the planned Stuyvesant Cove ferry terminal on the East River to accommodate ferry customers from Brooklyn. Once M14 SBS is implemented, combined with the existing 14th Street local bus service and daily high-occupancy vehicle restrictions on most of 14th Street from 5 a.m. to 10 p.m., crosstown buses will be scheduled no more than two minutes apart during peak hours.

ROFL. Let's all just try to enjoy the bit of color this brings to the street.