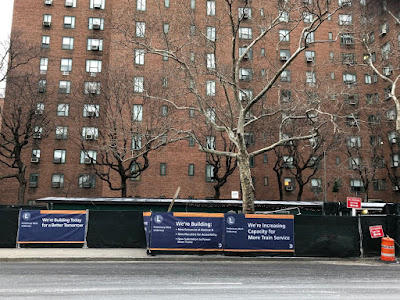 The MTA says that it's onboard with Gov. Cuomo's plan to do away with a full shutdown of the L train between Bedford Avenue and Eighth Avenue.

This announcement came yesterday, just two days after board members called for an independent review of the new proposal.

You can read quickie recaps at the Daily News ... amNY ... and the Post, who noted that "[a]n MTA insider said the announcement had Cuomo’s fingerprints all over it."

As for that announcement, here's the official MTA news release issued last night:

As you know the MTA had previously scheduled a complete shutdown of the L Subway train beginning April 27. The disruption of service was to allow reconstruction of the two tubes between Manhattan and Brooklyn.

Late last year a design review team of international experts was brought in to review the final plan, and they proposed new construction alternatives and technology which have been used effectively in other countries and industries. The new methods and means include laser light technology to determine structural defects, smart fiber optic sensor technology, and carbon fiber wrapping to reinforce components. Some of these alternatives have not been used by the MTA before and the design integration would be an innovation for the MTA.

The design firm managing the L Subway train project from the beginning has been Parsons Brinckerhoff (now called WSP). WSP has done extensive work studying the new design alternatives and has informed the MTA (and discussed at a public meeting on January 15) that the proposed construction design alternatives are indeed applicable to the L Subway train and can significantly reduce construction time and thus the inconvenience to our riders. Therefore, the total shutdown of both tunnels and all service scheduled for April 27 will not be necessary. We do anticipate a shutdown of one tube on nights and weekends, however service both ways (between Manhattan and Brooklyn) would be scheduled 24/7.

This project is a major priority for the MTA and reconstruction will be supervised by MTA Capital Construction and overseen by MTA Managing Director Veronique Hakim. The MTA will also hire an independent consultant to oversee safety operations that will report directly to the Board. The MTA is now working with the various contractors on a new final construction schedule and contracts which delete some elements of the initial construction plan and add the new design alternatives. We do not believe the cost of reconstruction will increase, and given the tremendous benefits to the riding public, reduction in the volume of traffic and savings from the traffic mitigation efforts, it is a clear positive alternative and in the public interest.

We expect the formulation of the final construction schedule and contract completions to take several weeks. The current construction estimate is 15 to 20 months. As soon as we have more definitive information we will provide it to our customers and the public.

So no word yet on cost or the new construction schedule and other aspects of the L-tube work, such as its impact on residents who live along 14th Street between First Avenue and Avenue B. Cuomo's new plan calls for repairs to occur on nights and weekends, when workers will close one tube at a time with trains running every about 20 minutes or so.

At the MTA board meeting Tuesday, Manhattan Borough President "seemed exasperated over the many unanswered questions." Per the Times: "This is better than ‘Law & Order,’ which we all watch on a daily basis, in terms of intrigue," she said.

So who know what will happen next. As amNY reported:

The MTA appears to be confidently moving ahead with the plans, even though the MTA board will have to approve any material changes to the contract for the work, which has long been set with contractors Judlau and TC Electric. During a public hearing earlier this week, board members expressed discomfort about voting on any redrafted contract before an independent review of the proposal was competed.