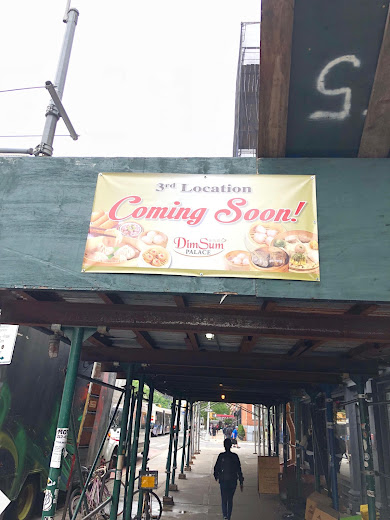 EVG reader Roxanne Schwartz shared these photos... showing the coming soon signage up on the sidewalk bridge at 59 Second Ave. between Third Street and Fourth Street.

As noted in March, the owners of the two locations of Dim Sum Palace in Midtown are planning to open a similar establishment in the East Village.

Their extensive (and large!) menu is now up on the front window for inspection as well... 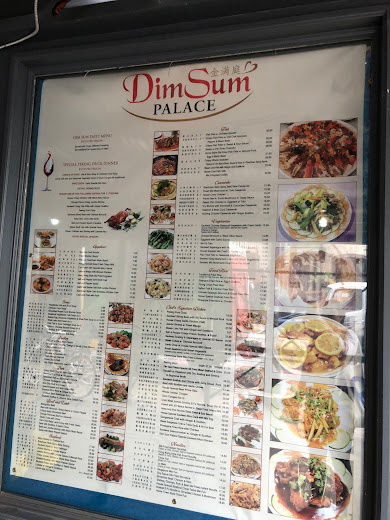 The owners were seeking a beer-wine license, though they withdrew before CB3's SLA committee meetings in March and April.

We had heard that there's opposition to a liquor license for the location, which, until October 2015, was home to Allied Hardware. The owners of the hardware store lost their lease after Icon Realty bought the property in early 2015.
Posted by Grieve at 4:10 AM 3 comments: 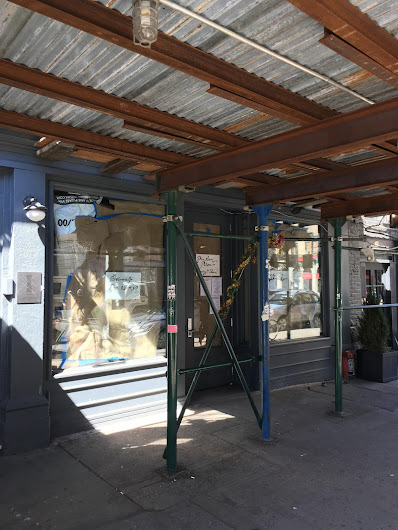 The owners of the two locations of Dim Sum Palace in Midtown are planning to open a similar establishment at 59 Second Ave. between Third Street and Fourth Street.

And they will be appearing before CB3's SLA committee tonight to apply for a new liquor license for this EV Dim Sum Palace. 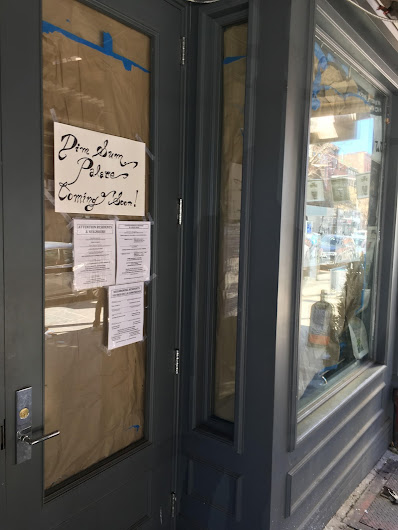 The questionnaire on file at the CB3 website (PDF here) shows that the restaurant will open daily at 11 a.m. (Closing time is listed as 2 p.m., which is likely a mistake — unless they will open for just three hours a day.) The proposal calls for 15 tables seating 65 diners. The specs only reveal a service bar.

Until October 2015, the address was home to Allied Hardware, which was on a month-to-month lease with the building's owner until Icon Realty bought the property in early 2015.

The adjacent space (the former Alex Shoe Repair) is now Kona Coffee and Company, which opened this past November.
Posted by Grieve at 4:19 AM 1 comment: