The former JoeDough space is now for rent on 1st Avenue 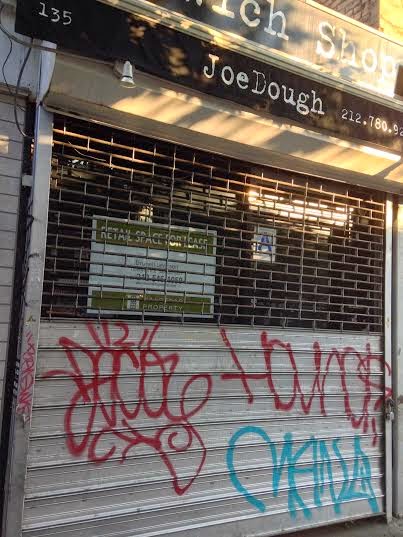 At the time, Fork in the Road reported that proprietors Joe and Jill Dobias were keeping the space between St. Mark's Place and East Ninth Street "to focus on catering under the moniker JoeDough Catering & Events."

Now, though, there is a new for rent sign up in the front window.

Here are the details via Halstead:

Compare this to 149 First Ave. up the block ... where the former This Little Piggy Had Roast Beef space is asking $9,500 a month for 500 square feet on the ground floor (and another 500 square feet in the basement).
Posted by Grieve at 5:04 AM 3 comments:

Email ThisBlogThis!Share to TwitterShare to FacebookShare to Pinterest
Labels: for rent, JoeDough

JoeDough has closed on First Avenue 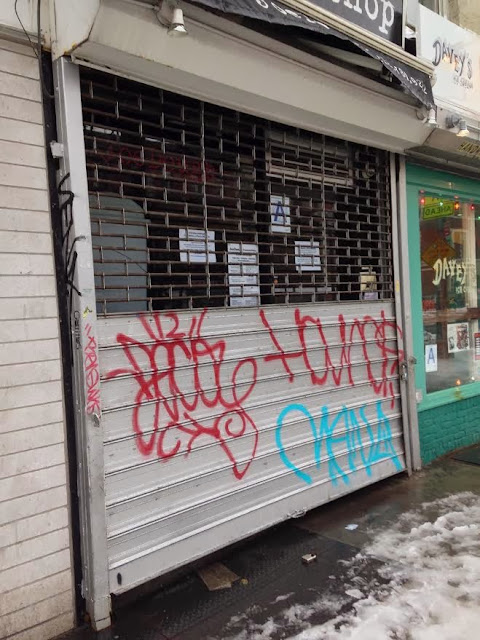 After two-plus years at 135 First Ave., the quick-serve JoeDough sandwich shop has called it a day, as Fork in the Road first reported yesterday.

However, proprietors Joe and Jill Dobias are keeping the space, which closed for business after service on Sunday … to use to help expand their catering operation… 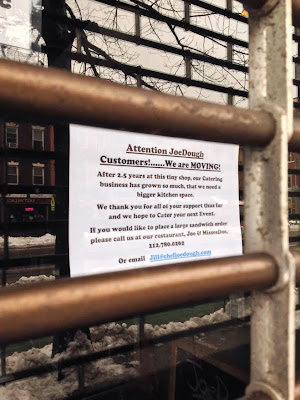 In addition, they are keeping several of the popular JoeDough sandwiches on the menu over at Joe & Misses Doe on East First Street. It doesn't appear that the meatball sandwich is one of them that made the cut, though.
Posted by Grieve at 5:01 AM No comments:

Email ThisBlogThis!Share to TwitterShare to FacebookShare to Pinterest
Labels: JoeDough 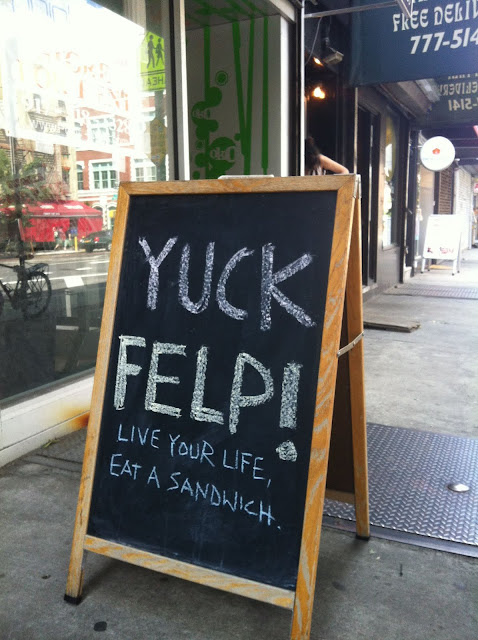 Outside JoeDough on First Avenue this afternoon. Photo by Andrew Adam Newman on Avenue C.
Posted by Grieve at 5:33 PM 10 comments:

EV Grieve reader MP sent this along from outside JoeDough today on First Avenue near St. Mark's ... 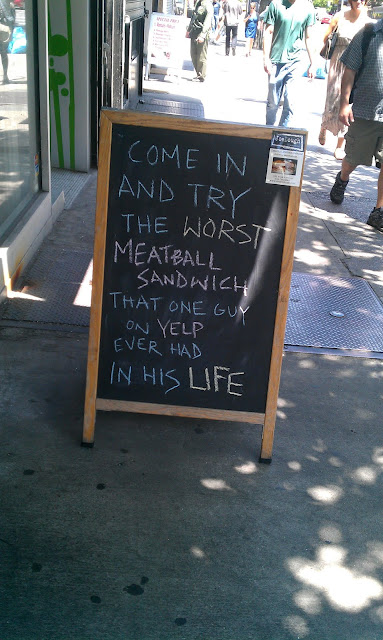 And here's the Yelp review from February...

Probably the worst meatball sandwich (special of the day) I have had in the tri-state area in my 32 years of living here, especially for $12. In all fairness I have not had the other sandwiches but with prices like that coupled with underwhelming food and slow service this will be a skip in the future. Joe Hell No!

Email ThisBlogThis!Share to TwitterShare to FacebookShare to Pinterest
Labels: JoeDough 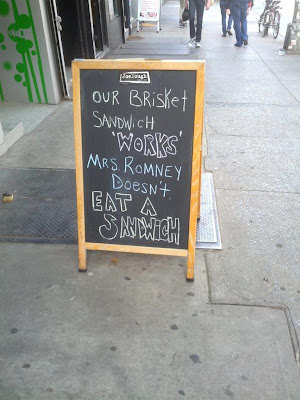 Outside JoeDough on First Avenue. Photo via @PeterHambyCNN
Posted by Grieve at 7:34 PM No comments:

The sandwiches of JoeDough, opening tomorrow 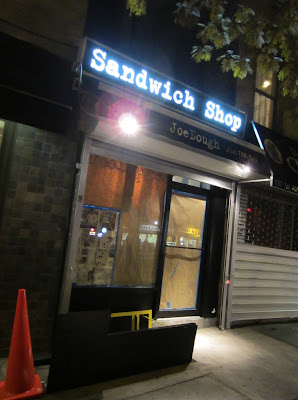 The husband-and-wife team behind JoeDoe on East First Street are opening their gourmet sandwich shop at 135 First Avenue tomorrow, according to write ups today at Thrillist and Daily Candy.

Daily Candy notes that they will sell eight sandwiches and one daily special ... each sandwich goes for $10. They will also be making six-foot party subs.
Posted by Grieve at 12:28 PM 7 comments:

Anyway, kind of forgot about that... until we walked by last night and saw the progress at the space near St. Mark's Place ...

Previously.
Posted by Grieve at 6:30 AM No comments:

In November 2009, Habib's Place on Avenue A near Sixth Street closed rather suddenly... Then came the news that Habib relocated to the former Question Mark Cafe space at 135 First Avenue between St. Mark's and Ninth Street. And that venture seemed to close just as suddenly and quietly. 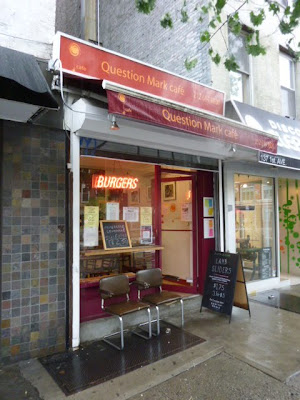 Anyway, Grub Street reports that the husband-and-wife team behind JoeDoe on East First Street are opening a gourmet sandwich shop at 135 First Avenue called — seriously — JoeDough. It will open sometime this fall, per Grub Street.

Personally, I wouldn't mind having another normal, nongourmet sandwich place like Sunny & Annie's on Avenue B at Sixth Street.

And does anyone know what happened to Habib?
Posted by Grieve at 6:32 AM 4 comments: