Former Lovecraft space for rent on Avenue B 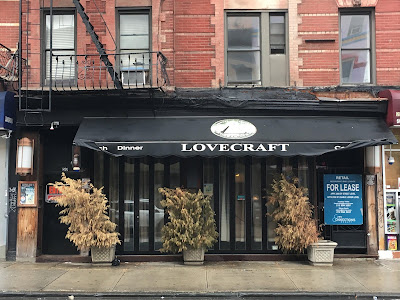 After sitting in the dark these past three-plus months, the bar-restaurant inspired by horror writer H. P. Lovecraft is now for lease at 50 Avenue B near Fourth Street.

And so this officially brings an end to Lovecraft, which opened in August 2014. (There was some speculation among neighbors that the place would reopen.)

Johnny Favorite's, the pizzeria attached to the Lovecraft space around the corner on Fourth, is also for lease... as is the former 212 Arts gallery, which recently relocated to 12th Street. 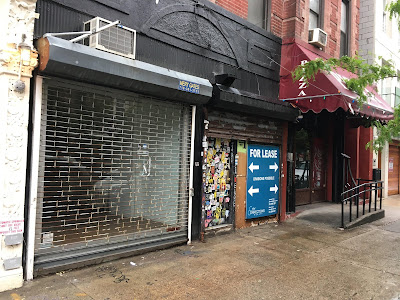 Johnny Favorite's hasn't been open since this past August. (The pizzeria debuted in April 2015.)

This listing hasn't arrived online at CityConnections just yet.

Previously on EV Grieve:
Lovecraft has not been open lately on Avenue B
Posted by Grieve at 4:12 AM 1 comment:

Lovecraft has not been open lately on Avenue B 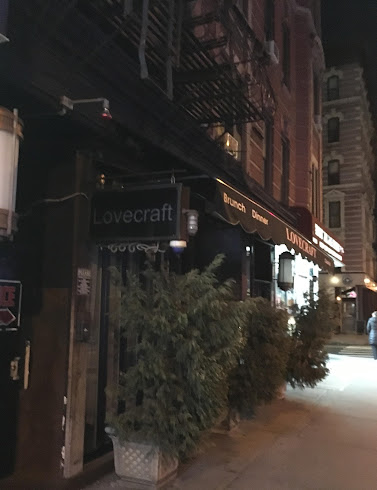 The bar-restaurant inspired by horror writer H. P. Lovecraft has not been open during announced business hours here of late at 50 Avenue B near Fourth Street.

One tipster reports seeing people remove liquor and other contents from the space two weeks ago. There isn't any message on their website or Facebook page about a closure. Their phone number, however, is no longer in service.

Lovecraft, which has a subterranean space for music and comedy, opened in August 2014. After some initial buzz about the place for its "great Lovecraftian atmosphere," I never heard too much more about it.

Some recent Yelp reviews are pretty condemning. Like: "We sit down and order our food, drinking, conversing, and having a grand old time. Then everything turned for the worst! We knew we messed up when the waitress dropped Key Food Louisiana hot sauce on our table." Their meal apparently included actual Eggo waffles with fried chicken.

Meanwhile, Johnny Favorite's, the pizzeria attached to the Lovecraft space around the corner, has been closed since last August. (Their Facebook page is still posting generic content as late as December.) The pizzeria's phone is out of service. 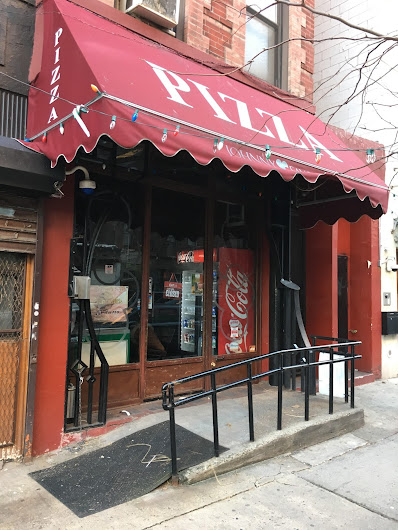 Previously on EV Grieve:
Enter into a Lovecraftian atmosphere at Lovecraft Bar on Avenue B
Posted by Grieve at 4:21 AM 2 comments:

Enter into a Lovecraftian atmosphere at Lovecraft Bar on Avenue B 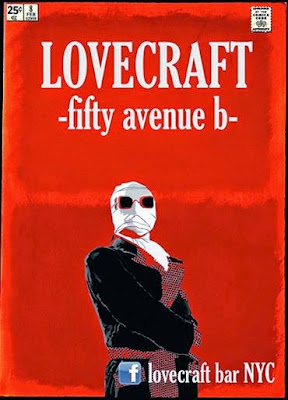 Lovecraft Bar NYC opened this past weekend at 50 Avenue B at East Fourth Street. As the name suggests, it's an homage to horror writer H.P. Lovecraft.

This place is great for LOVECRAFT fans, fans of steampunk, lovers of local art, lovers of live music, and of course lovers of great food and good drinks.

Dangerous Minds put it this way: "[It] looks like the perfect place to eat, drink and discuss all things Cthulhu. The eldritch interior design and artwork was created by artist Benjamin Enzfelder, and he has certainly given the bar a great Lovecraftian atmosphere."

EVG reader Thomas Anomalous stopped by this weekend and shared these photos. 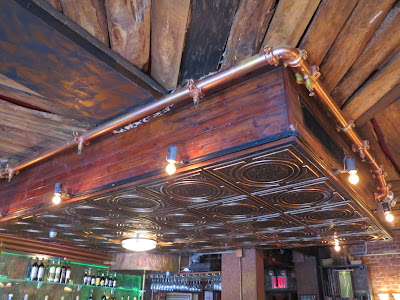 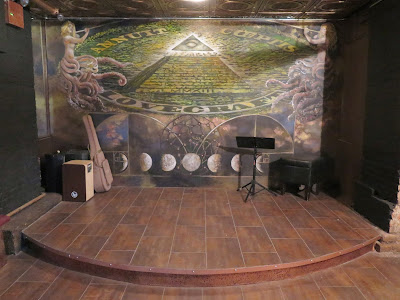 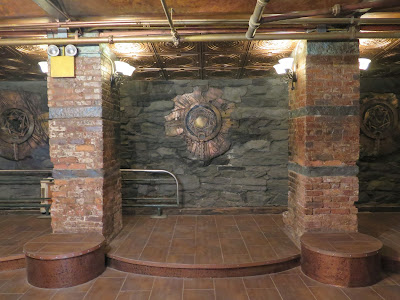 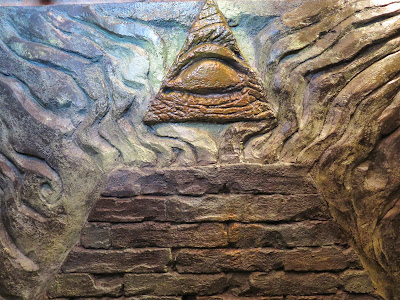 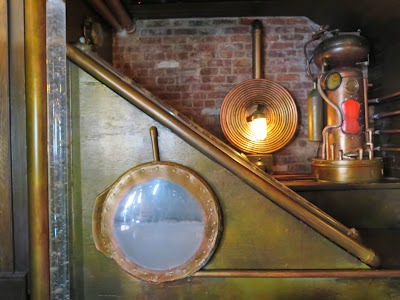 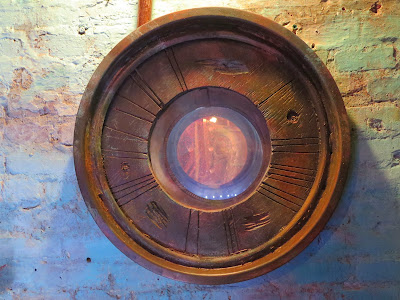 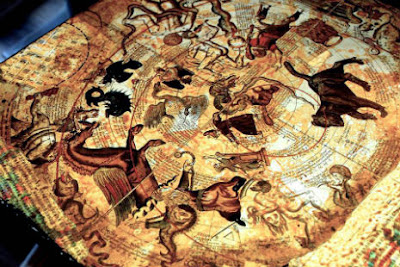 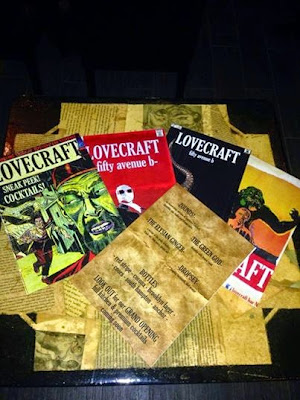 There's also a subterranean bar and stage that will feature acoustic performances on Thursday evenings. 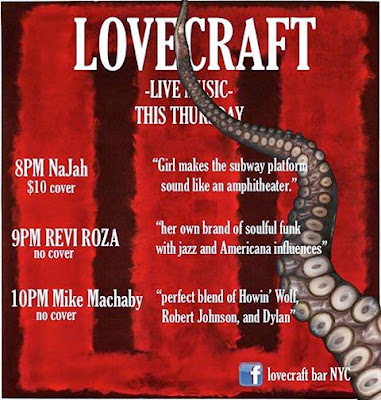 The food service launches next week. Lovecraft will hold an official grand opening next month.

Affaire closed here last August. Previously, the space was home to the unpopular-with-neighbors China 1 club-restaurant combo.
Posted by Grieve at 5:00 AM 20 comments: