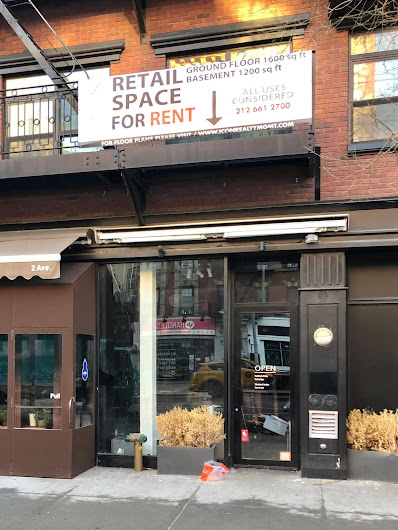 Last Wednesday, we noted that the Pure Green space was for rent at 152 Second Ave. between Ninth Street and 10th Street, with landlord Icon Realty hanging a large for-rent sign — complete with arrow — above the storefront.

Over the weekend, Pure Green, along with Wattle Cafe and the I.V. Doc, the other two businesses that shared the space, went dark. 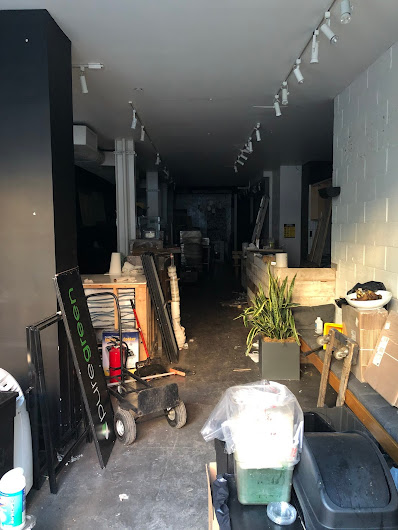 The Pure Green space is for rent on 2nd Avenue 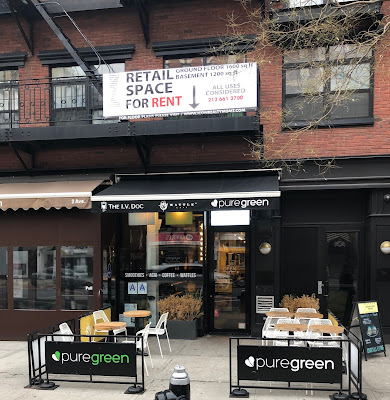 Apparently, Pure Green's time is coming to an end at 152 Second Ave. between Ninth Street and 10th Street.

Landlord Icon Realty has hung a large for-rent sign — complete with arrow — above the storefront.

According to the Icon website, the space, which is available immediately, has an asking rent of $18,000 per month.

Pure Green, which sells cold-pressed juices, smoothies and açaí bowls, has had several roommates — Wattle Cafe, Greecologies, PlantMade and the I.V. Doc — since opening in March 2017.

The retail space is in the ground floor of the former Sigmund Schwartz Gramercy Park Chapel, which Icon Realty bought, adding three extra floors and opening as luxury rentals.
Posted by Grieve at 4:00 AM 3 comments: 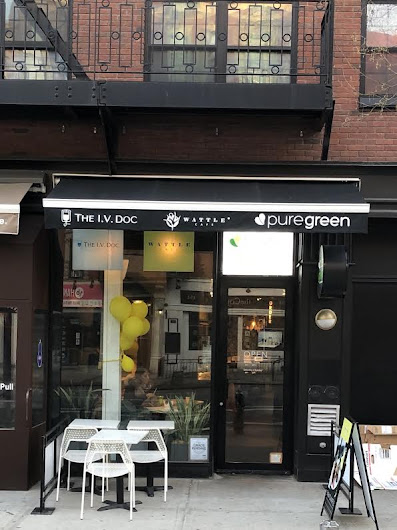 Wattle Cafe had its grand opening over the weekend at 152 Second Ave. between Ninth Street and 10th Street ... inside the space that also houses Pure Green and the I.V. Doc.

The Australian cafe serves a variety of coffee drinks and brunch items... their signature dish is a cacao waffle with avocado smash. 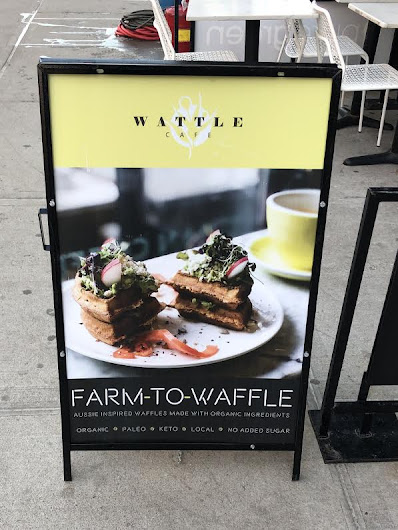 This is the second NYC outpost for Wattle Cafe, which also has a location on Third Avenue between 33rd Street and 34th Street. (You can read an interview with owner Ana Ivkosic at this link.)

Pure Green has had several roommates — Greecologies and PlantMade — since opening two years ago in the former Sigmund Schwartz Gramercy Park Chapel, which Icon Realty bought, gutted, added three extra floors and opened as luxury rentals.
Posted by Grieve at 4:10 AM No comments: 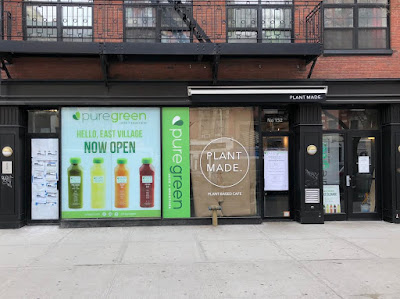 Pure Green is getting a new roommate in its space on Second Avenue between 9th Street and 10th Street.

PlantMade, a cafe via plant-based chef Matthew Kenney, whose bio says that he is "crafting the future of food®," will be serving "artisanal coffee and plant-based pastries" inside the Pure Green space.

The Pure Green-PlantMade combo debuts today after a week of renovations... 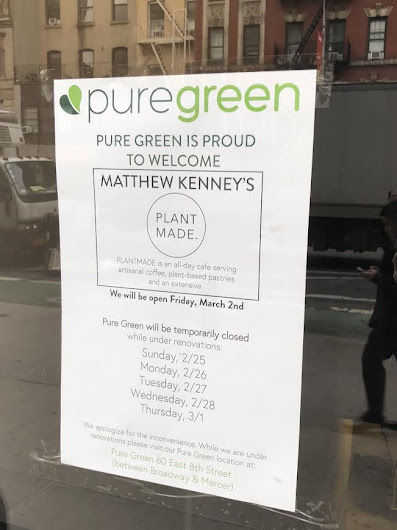 Pure Green, which has multiple NYC locations, sells cold-pressed juices, smoothies and various bowls of açaí, opened last March in this new storefront. They originally shared space with Greecologies, whose menu included a variety of grass-fed yogurts as well as desserts, coffees and teas.

Kenney is also involved with 00 + Co. and Bar Verde a few blocks to the south on Second Avenue. 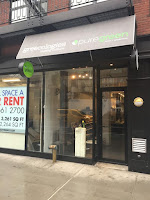 The Greecologies-Pure Green combo is now open at 152 Second Ave. between Ninth Street and 10th Street.

This is the second NYC location for Greecologies, whose menu includes a variety of grass-fed yogurts as well as desserts, coffees and teas.

Previously on EV Grieve:
152 2nd Ave. storefront to yield a combo Greek yogurt and smoothie shop
Posted by Grieve at 4:04 AM 8 comments: 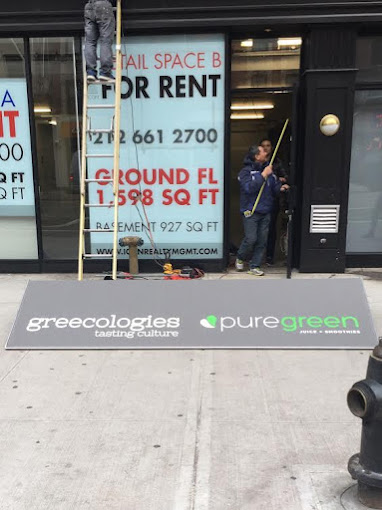 Signage went up yesterday for the combo business coming to 152 Second Ave. between Ninth Street and 10th Street — a Greecologies and Pure Green.

Yogurt is made on the premises at Greecologies, an airy emporium in Little Italy that offers the thick and tangy strained style of Greek yogurt as well as a sweeter, unstrained variety that comes with a layer of cream on top and whey on the bottom. Both use Hudson Valley milk, as does a lovely cultured butter spread that can also be stirred into strong coffee.

The menu includes a variety of Greek yogurts as well as desserts, coffees and teas. This will be the second NYC location for Greecologies.

Here's more about Pure Green, which has multiple NYC locations, from the company website:

Pure Green's focus is to make it easy to live a healthy lifestyle. Our philosophy is everyone should experience sustained energy throughout the day. Starting your day with our cold-pressed juice, drinking our handcrafted smoothies and nutrient-rich snacks will restore your energy and RECHARGE YOUR LIFE.