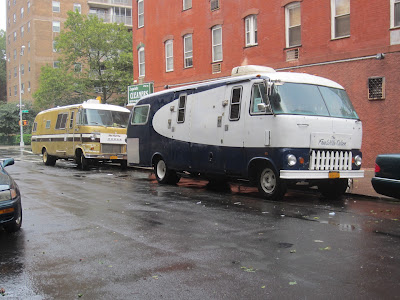 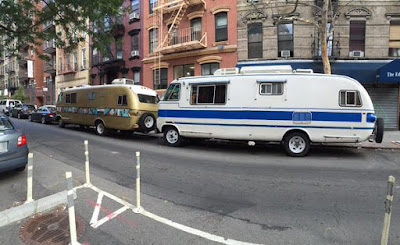 At this point we don't know if the second RV is a new resident or just visiting...

Previously on EV Grieve:
Everything that you've ever wanted to know about the "Free Willie" Nelson RV on Third Street

Memorial for the Free Willie Nelson
Posted by Grieve at 12:23 PM 5 comments:

On the road again: Who's behind the wheel of that apocalyptic-looking RV 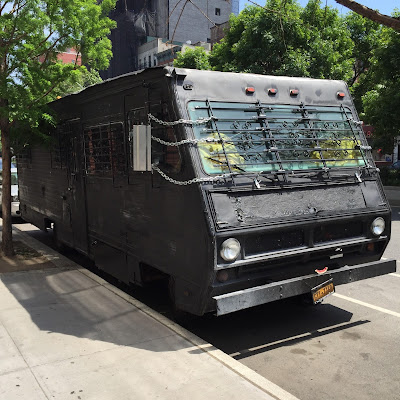 Back in March, BoweryBoogie spotted the vehicle with corrugated siding and barred-over windows parked at the Baruch Houses. (We've seen it moored on East Fourth Street between Avenue A and Avenue B.)

BoweryBoogie reported that this Urban Assault Vehicle had "instilled a sense of intrigue (nay, suspicion) among the population." (Curbed wrote that "this might be the scariest vehicle, recreational or otherwise, we have ever seen.)

For the past three weeks, the RV — which has a bed and some flowers inside its rather nondescript interior — has been parked on East Houston … anywhere between Avenue A and Avenue C. A few residents apparently have complained "because of garbage in the street and [the owner] sitting there idling, causing noise and fumes," one resident told us.

One resident also said that the owner, who apparently lives inside, was BBQing on the street, which prompted a visit by the FDNY.

Anyway, the owner has introduced himself as "an artist working at the Whitney Museum."

You can see Jared Madere's work starting Oct. 16 at the Whitney.

Perhaps the artist will even arrange a shuttle service between here and the Whitney.
Posted by Grieve at 4:50 AM 16 comments:

Our friends at Brownstoner note that the Free Willie Nelson — the RV that in recent years docks on Third Street near First Avenue — has been spotted in Park Slope of late. Has he taken the dream elsewhere for good? Click through for some photos.

Previously.
Posted by Grieve at 6:25 AM No comments:

Are these RVs now BFFs?

The other day we mentioned the RV that showed up on East Third Street ... in the general vicinity of where the Free Willie Nelson usually moors. The Free Willie had to park a block to the east...Trouble in Camperdise?

Well! As this photo sent by EV Grieve reader Creature shows, the two seem to be getting along just fine on Third Street east of First Avenue... 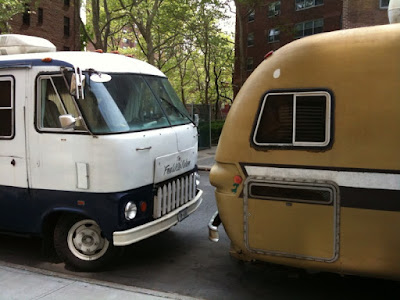 Previously on EV Grieve:
Happy campers? The Free Willie Nelson gets some competition on East Third Street
Posted by Grieve at 2:44 PM 1 comment:

Happy campers? The Free Willie Nelson gets some competition on East Third Street 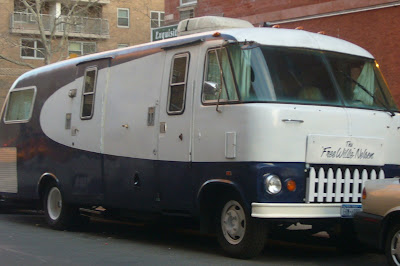 Now, it appears to be getting some competition... I spotted this beaut the other day on the same block... (the Free Willie Nelson was parked east of First Avenue...) 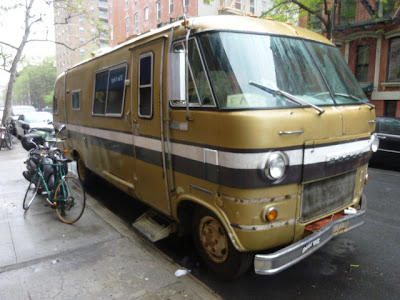 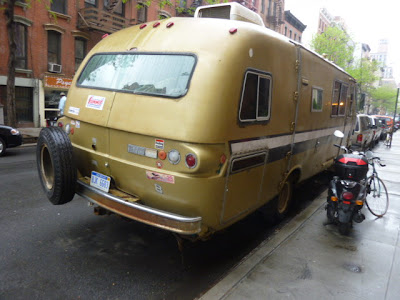 Also, someone purporting to be the owner of the Free WIllie Nelson recently left me this note:

Thank you for your kind remarks about the Free Willie Nelson. Unlike every other vehicle parked in the streets of manhattan the Free Willie Nelson gives back to the community with a nice deck on the rear where people can sit and smoke, eat a snack, sit in the sun and watch the world go by, or chat. Often my friends come by and we sit inside and jam. It's worth noting the Free Willie Nelson is the same size as my apartment, there by doubling my living space. Unlike my apartment it costs about $800 per year to own and it transports up to sixteen people out to the Mermaid Parade, Floyd Bennett Field, Dead Horse Bay, Wood-stock or away from ground zero on that terrible day.

This summer we are talking about putting on a rooftop garden.

I know that not everyone is going to get it or like it but if you take a man in the street poll, except for the people who want the parking spot, most all really like it.

This is a ride for the nomadic spirit, the open road and a romantic time in our history when people weren't afraid to boldly just go.

For the record: Mark me down for getting it and liking it.

Previously on EV Grieve:
Everything that you've ever wanted to know about the "Free Willie" Nelson RV on Third Street (and no -- he's not inside...)
Posted by Grieve at 6:53 AM 9 comments:

Everything that you've ever wanted to know about the "Free Willie" Nelson RV on Third Street (and no -- he's not inside...)

Last month, I did a post on the "Free Willie" Nelson RV that has been parked on Third Street between First Avenue and Second Avenue... 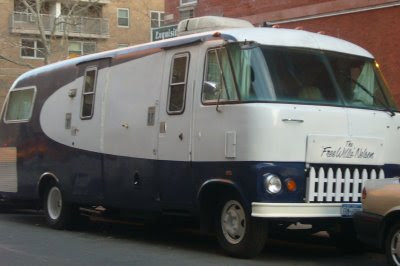 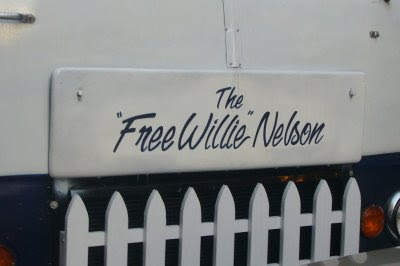 It continues to intrigue...thanks to the EV Grieve reader who pointed me to the FAQs the owner has posted on the side of the RV... 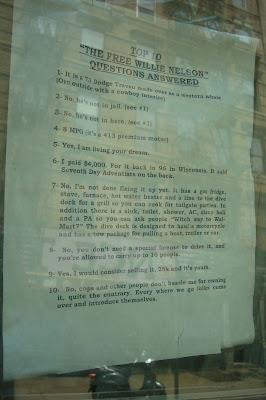 And commenter Eliza has been inside! "The walls are choc-filled with fascinating trinkets & is rather spacious. hooray for this whale!"
Posted by Grieve at 6:59 AM 2 comments:

Soon to be on the road again

Spotted this past weekend on East Third Street at First Avenue. 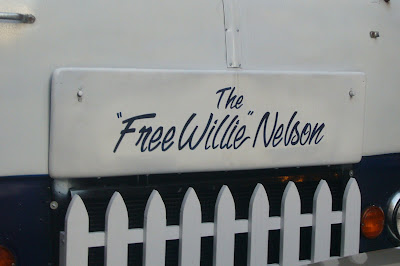 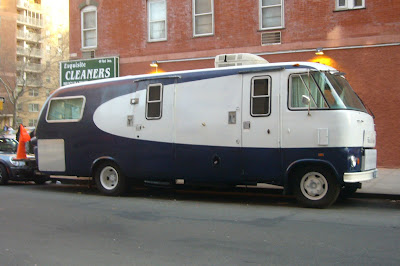