It's another exciting edition of storefronts and signage... a few items to note from recent days and weeks... 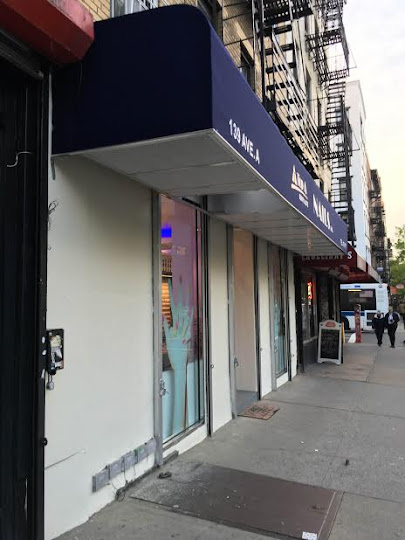 Top A Nails opened Monday in their new home on Avenue A ... right next door to their former shop here between St. Mark's Place and Ninth Street... According to the listing for the old space at No. 137, the storefront has already been rented. 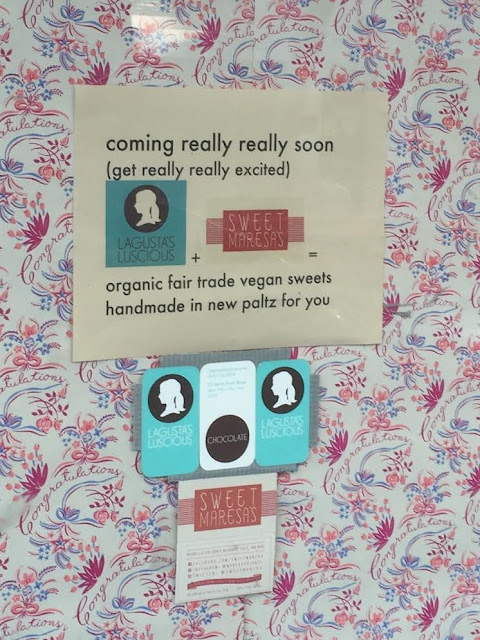 The signage is up at 440 E. Ninth St. near Avenue A for Confectionery, a vegan chocolate shop and bakery. As we first reported, the retail shop will be a collaboration between the New Paltz-based vegan chocolate company Lagusta’s Luscious and bakery Sweet Maresa's.

Workers recently cleaned out the remainder of the former Sounds space at 20 St. Mark's Place...taking with them the last traces of the record store that closed last October...the asking rent is $22,000... 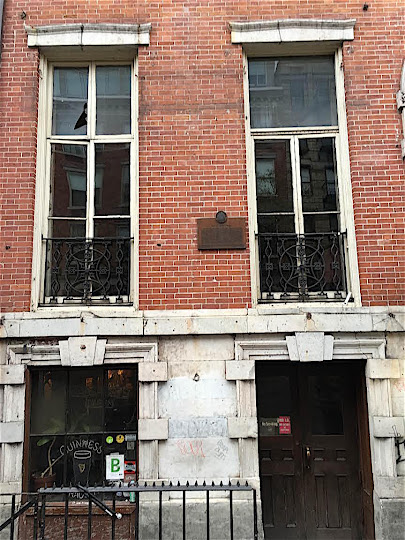 The broker brandage has been removed from the former Chase branch at 20 Avenue A and Second Street... 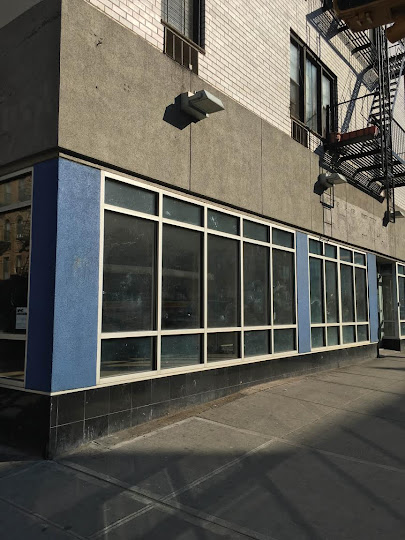 The marketing copy read: "Your corner. Your brand. Your town." So perhaps there is a taker for this (your!) corner...

A for rent sign arrived the other day at the former Verizon Wireless on Second Avenue at St. Mark's Place... 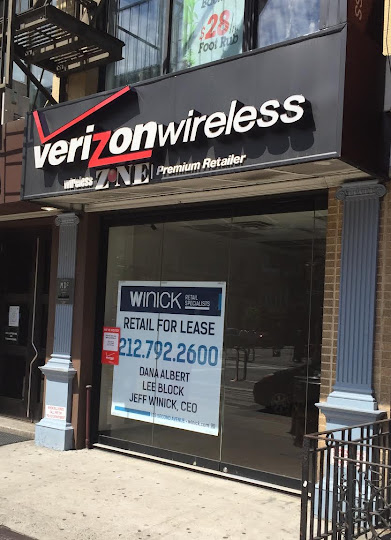 We didn't spot a listing for the space online just yet.

An EVG reader told us that Bahr Ché, a wine-tapas bar at 26 Astor Place, has been closed for weeks now... it looks as if black trash bags cover the front door... their phone goes unanswered and the website is now offline... 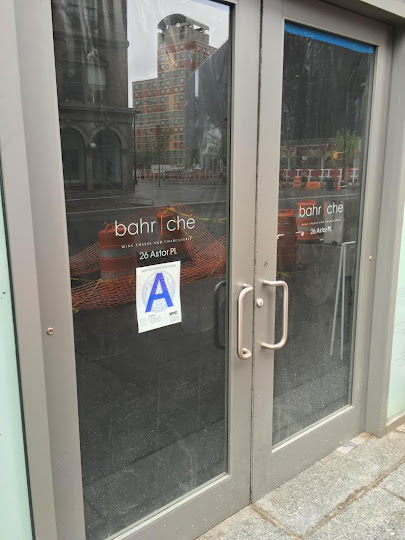 And workers yesterday cleaned out the East Village Tobacco & Variety Shop at 350 E. Ninth St. between First Avenue and Second Avenue.... the space is for rent... 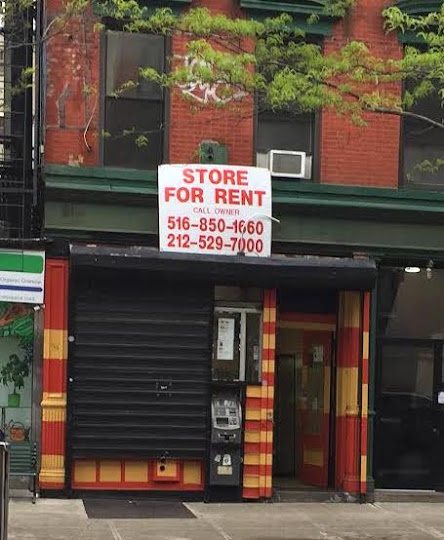 The shop opened just eight months ago... taking over the former A.K. Shoe Repair.
Posted by Grieve at 4:00 AM 10 comments:

Dueling business awnings on Avenue A 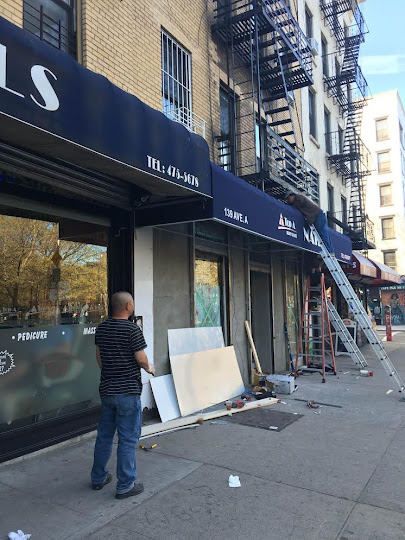 Now, to the business awning news. As previously mentioned, the owners of Top A Nails are moving into the empty retail space next to their existing shop on Avenue A between St. Mark's Place and Ninth Street...

And yesterday afternoon, workers put up the new awning for 139 Avenue A... right next to the existing awning at No. 137... 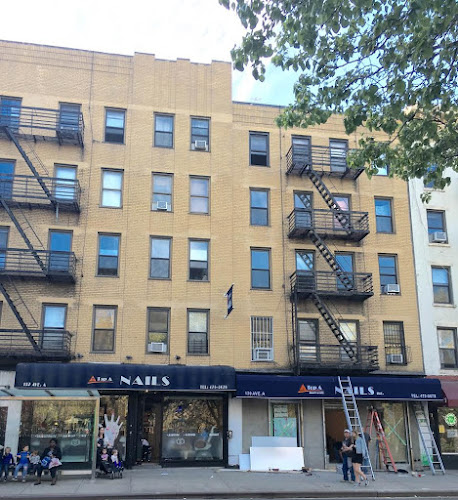 Which one do you prefer?

No. 139 last housed Sustainable NYC, the eco-minded general store and café that closed for good last summer.
Posted by Grieve at 4:30 AM 2 comments:

Email ThisBlogThis!Share to TwitterShare to FacebookShare to Pinterest
Labels: awnings, Top A Nails

Top Nails is moving next door on Avenue A 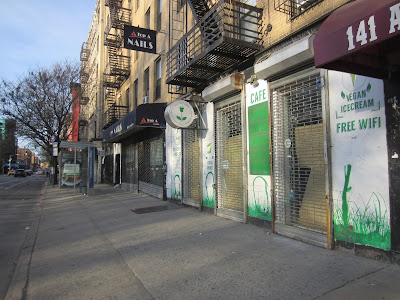 Renovations continue inside the former Sustainable NYC storefront. Several tipsters have told us that Top A Nails will be moving here from their current space next door. The husband-wife owners confirmed the move, likely happening in another month.

Meanwhile, there is a small for lease sign now on the salon's front window here between St. Mark's Place and East Ninth Street... 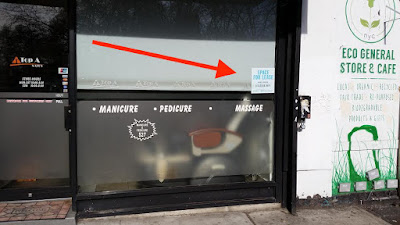 Sustainable NYC, the eco-minded general store and café, closed for good last summer after seven years in business.
Posted by Grieve at 4:05 AM 2 comments: