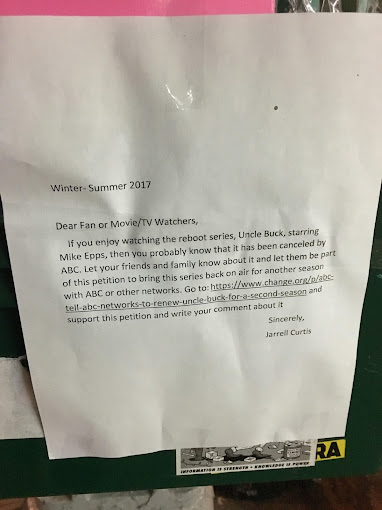 This flyer, spotted last evening on Avenue C at Eighth Street, is asking fans of "Uncle Buck" – based on the 1989 film starring John Candy — to sign a petition in an effort to bring the canceled ABC series with Mike Epps back for a second season.

News of that the show's demise was first reported last July.