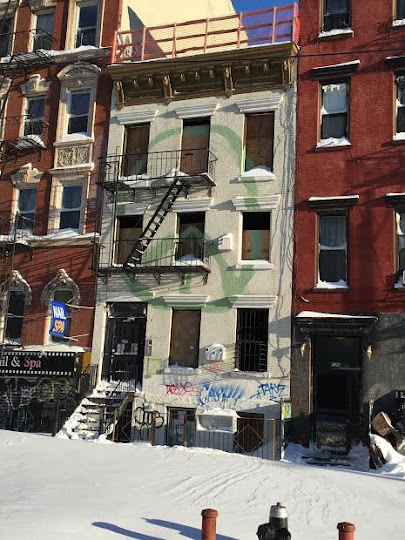 Can't say for sure when this happened here at 118 E. First St. between Avenue A and First Avenue... someone painted a giant peace sign on the front of the building. (I don't recall seeing it on Friday afternoon. Anyone?)

In any event, might be a good time for a quick recap on what's happening here. As previously noted, the existing structure is being demolished to make room for a 9-story residential building. In total, there are seven units divided over 12,500 square feet of residential space, as NY Yimby first reported. (Given the size — about 1,800 square feet, NYY figures these will be condos.)

And it looks as if the city approved the plans back in November...

...while I haven't seen any renderings, perhaps these zoning diagrams on file with the city about what's to come will hold you over... 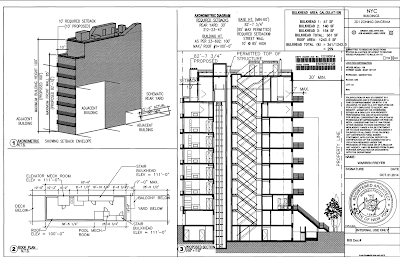 And as noted in a few previous posts about this address, No. 118 was home in the mid-1980s to Darinka, the performance space operated by Gary Ray that featured They Might Be Giants as its house band.

Previously on EV Grieve:
118 E. 1st St. arrives on the market with so many possibilities, and air rights

Demolition of 118 E. 1st St. begins to make way for 9-story residential building
Posted by Grieve at 4:20 AM 3 comments: 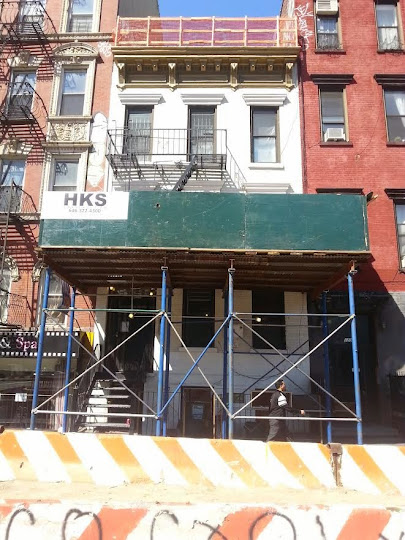 Work is underway here between Avenue A and First Avenue, where the existing 3-floor building will be demolished … and a 9-floor residential building will rise… 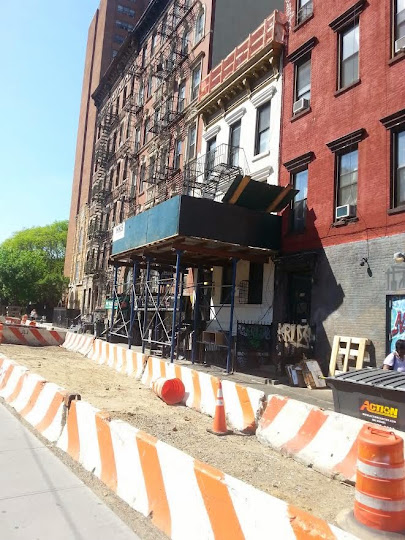 As NY Yimby first pointed out last November, a developer operating under the name of Acacia 118, LLC is behind the project.

As with many new projects in neighborhoods that once only supported rentals, 118 East 1st will likely be condos, with its seven units divided over 12,500 square feet of residential space. The average size is a quite hefty 1,800 square feet, with duplexes on the top and bottom and full-floor units in between…

The city has yet to approve the plans for the new building.

This development can't sit well with the owner of Punjabi Grocery & Deli next door. Owner Jashon Singh has reported declining sales these past five years with the ongoing East Houston Reconstruction Project outside his front doors.

The work on East Houston, reportedly three years behind schedule, is expected to wrap up in August. Just in time for the new construction at No. 118. 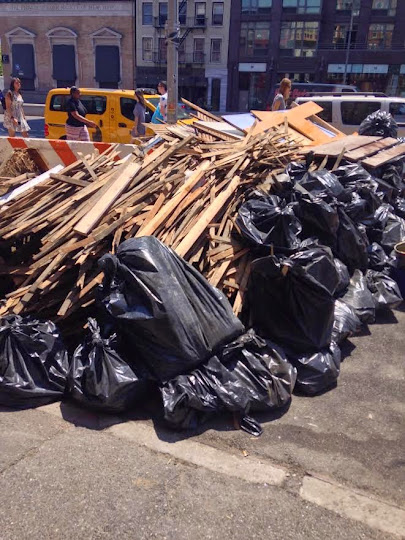 The new building will also include a 250-square foot retail space on the ground level.

Thanks to EVG reader Gacin for the photos

Previously on EV Grieve:
118 E. 1st St. arrives on the market with so many possibilities, and air rights

A view to the new floors on East 9th Street 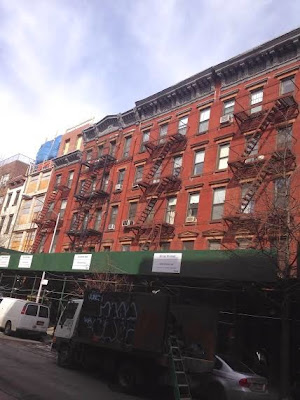 We've been watching the north side of Ninth Street between First Avenue and Second Avenue, where four of the buildings on this block (329-335) are receiving one-floor extensions.

A reader shared a photo from across the street showing how the work is progressing... 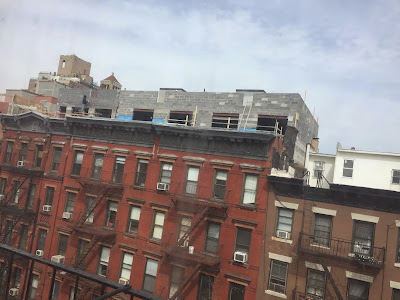 Local elected officials and preservationists spoke out against these additions... fearful of how the extra floor will change the character of the buildings.

The buildings were previously owned by Icon Realty, who sold them to Jared Kushner's Kushner Companies in the spring of 2013. The push, and subsequent approval, for the extra floor came about during Icon's ownership.

Work continues on the north side of Ninth Street between First Avenue and Second Avenue, where back in 2012 the Board of Standards and Appeals (BSA) OK'd rooftop additions for four of the buildings on this block. 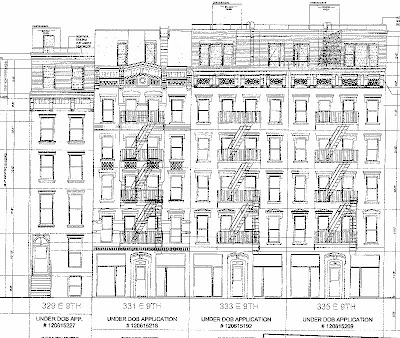 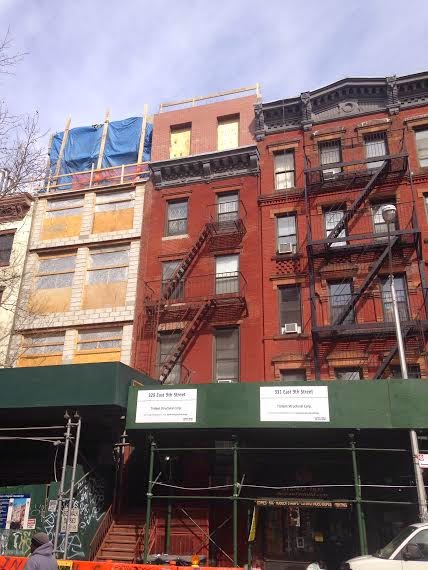 Councilmember Rosie Mendez and the Greenwich Village Society of Historical Preservation, among others, spoke out against the additions on this block. The BSA didn't seem to mind.

While we're on this block, you can see how the new building is (slowly) coming along at next door 327 E. Ninth St., the site of a former residential parking lot. We first reported on this six-story, two-unit residential building back in August 2012. 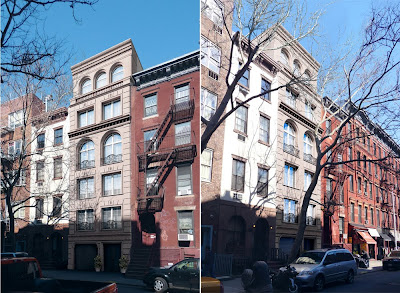