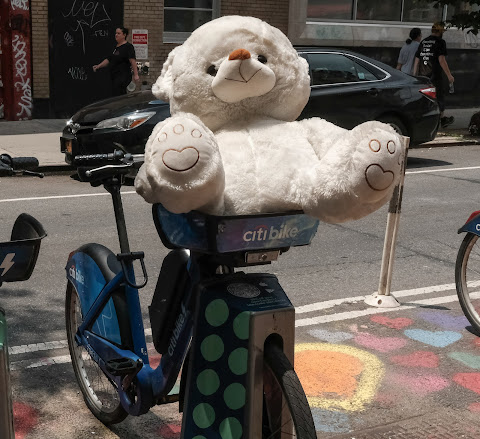 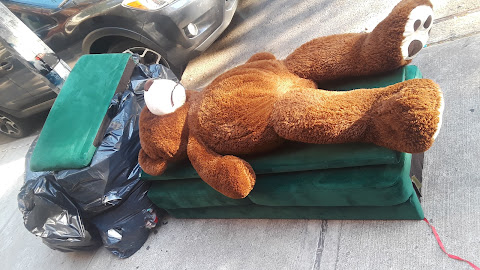 Always seems that people only discard large stuffed bears on warm days.
Thanks to the EVG reader for this photo on Third Street between Avenue A and Avenue B
Posted by Grieve at 7:22 PM 4 comments: 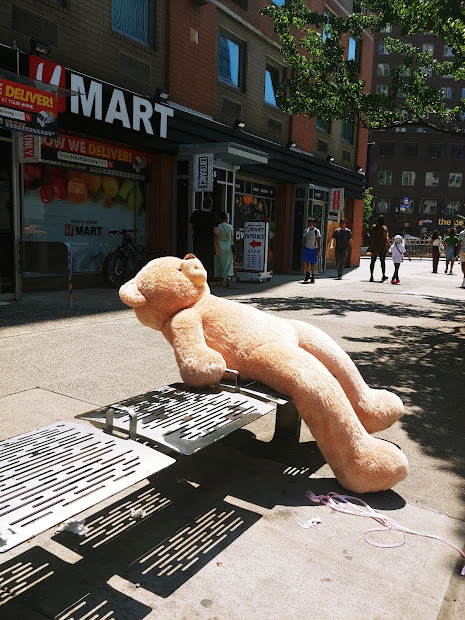 NYC is under a heat advisory today.
Per the Weather Channel: "Use air conditioning to stay cool at home or go to a place with air conditioning. Check on vulnerable friends, family members, neighbors and stuffed bears."
Photo on Third Avenue at 10th Street today by Goggla.
Posted by Grieve at 1:52 PM 3 comments:

A tall stuffed bear for the holiday 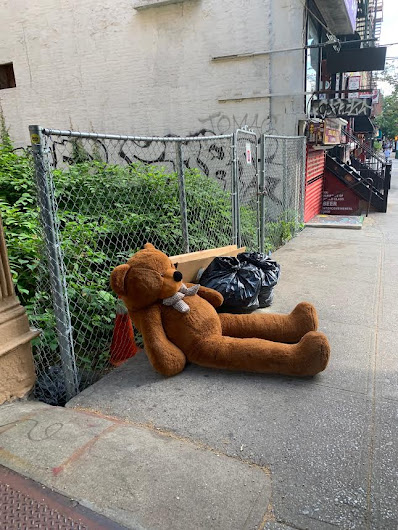 Spotted on First Avenue this morning between Fifth Street and Sixth Street ... thanks to Jonathan Michael Fung for the photo.

EVG reader Annie shared this photo... she noted that the bear is at least 7 feet tall... 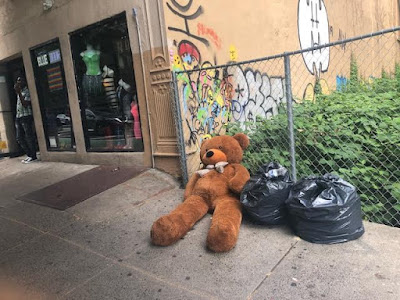 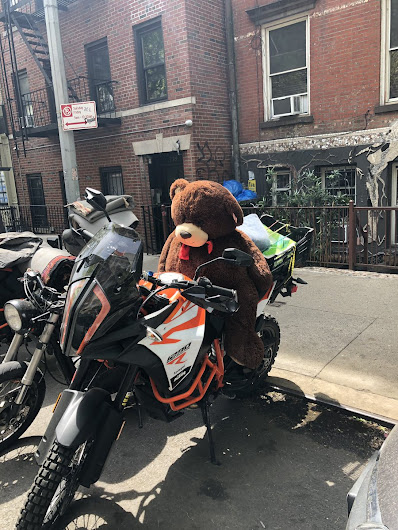 Thanks to @davidpiz for sharing this photo (Bears of Anarchy) today from 10th Street between Avenue A and First Avenue.
Posted by Grieve at 7:41 PM No comments: 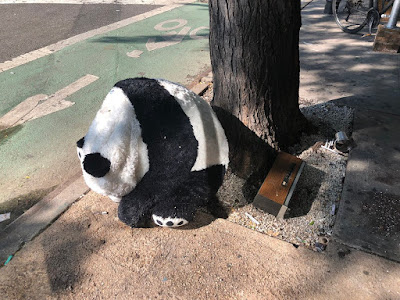 Thanks to @EdenBrower for sharing this photo... spotted on Second Avenue and Stomp.
Posted by Grieve at 8:57 PM No comments:

A scene from the morning commute 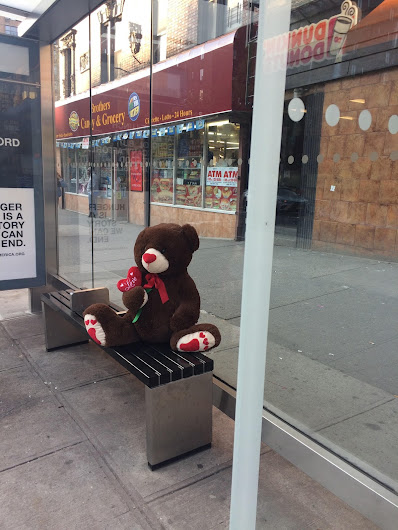 More than one can bear 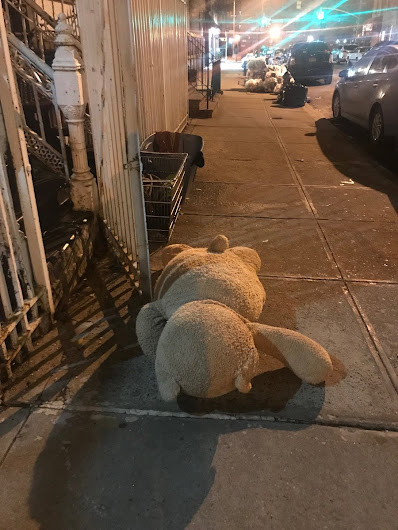 Fourth Street between Avenue C and Avenue D this evening... via @artisanmatters
Posted by Grieve at 9:09 PM 1 comment: 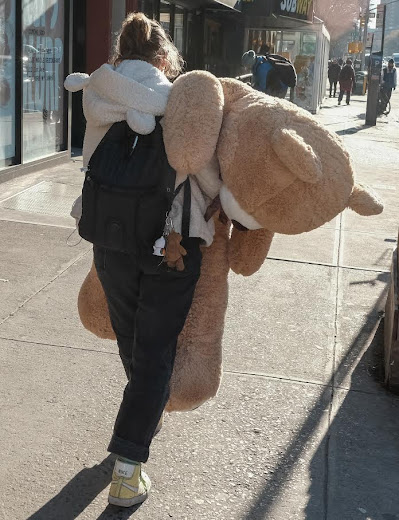 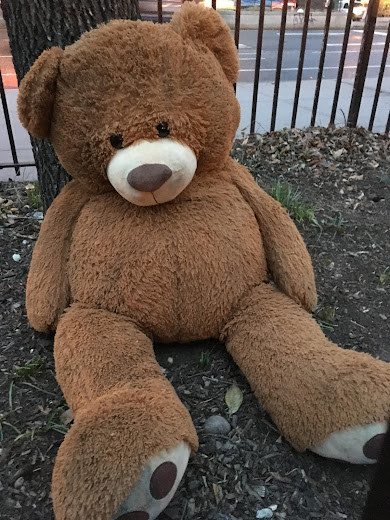 What will the art market bear for this? 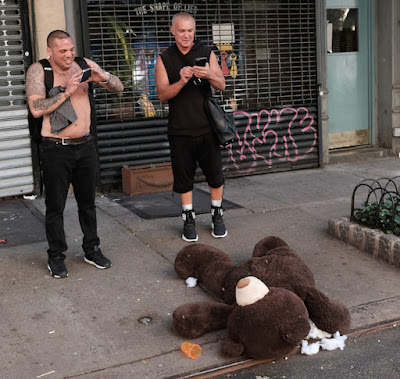 This was the scene this morning on Seventh Street between Avenue A and First Avenue... where this [admittedly photogenic] giant teddy bear was spotted sprawled out on the sidewalk, empty cup and toilet paper not far from its outstretched paws.

Seeing as it was plopped right outside their door, the folks at the Shape of Lies decided to turn the bear into an art project... 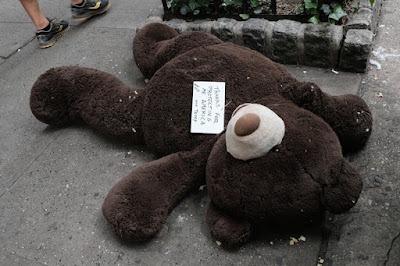 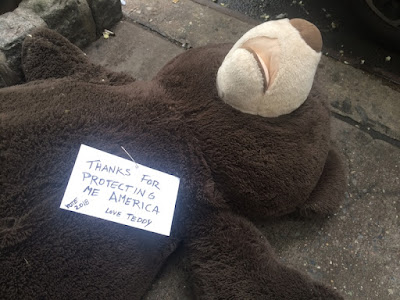 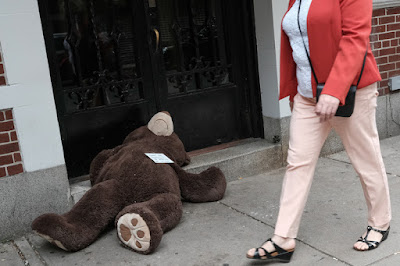 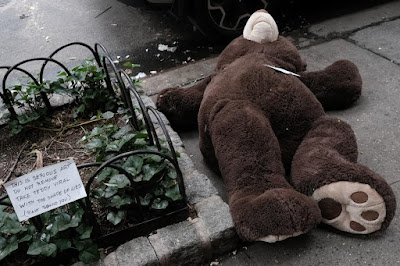 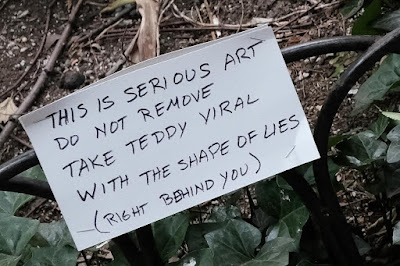 Unless marked, all photos by Derek Berg!
Posted by Grieve at 3:20 PM 2 comments:

It was beary cold outside Josie's today 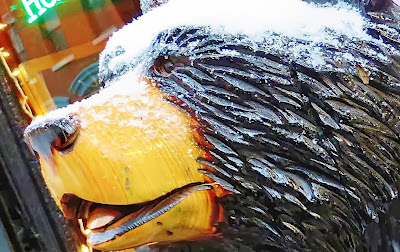 Oh, c'mon — it doesn't cost nothing to read!

Outside Josie's on East Sixth Street today via Bobby Williams.
Posted by Grieve at 6:49 PM 2 comments:

This morning on East 10th Street 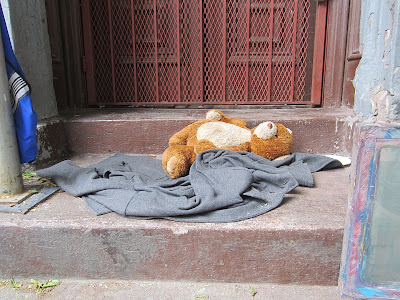 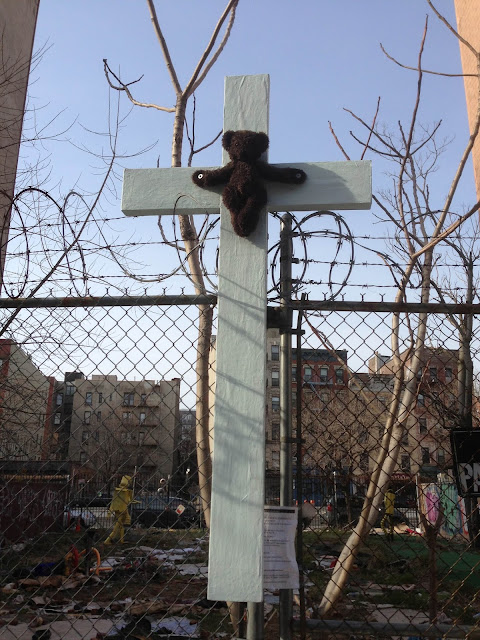 And now, there are claims, thus far unsubstantiated, on the very same fence, that ... well, see for yourself... 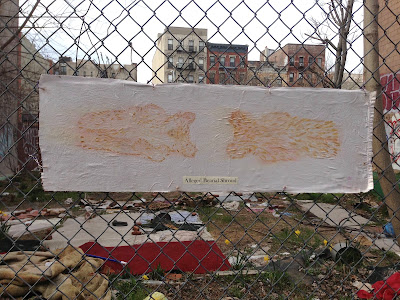 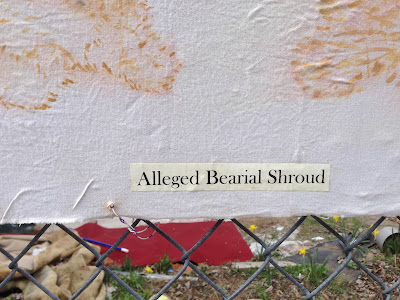 A neighbor, who asked not be named, said that archaeologists excavated the only known JoBear la Stuffing-era burial shroud in the East Village.

What's more, the remains of the bear wrapped in the shroud are said to hold DNA evidence of a picnic basket. Carbon-dating studies suggested the shroud was made between A.D. 2007 and 2009.

However, until researchers can conduct more, uh, research, the use of "alleged" will accompany the description to help temper expectations and prevent the block from becoming a tourist trap for various pilgrim types.

Previously on EV Grieve:
A brief history of humiliating Teddy bears in the East Village
Posted by Grieve at 10:27 AM 3 comments:

Scenes from Easter in the East Village 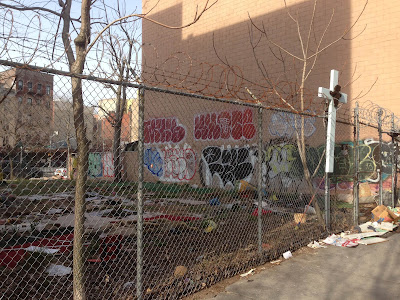 East Second Street between Avenue B and Avenue C...

Courtesy of Denis from 2nd Street.

Previously on EV Grieve:
A brief history of humiliating Teddy bears in the East Village
Posted by Grieve at 9:56 AM 2 comments: