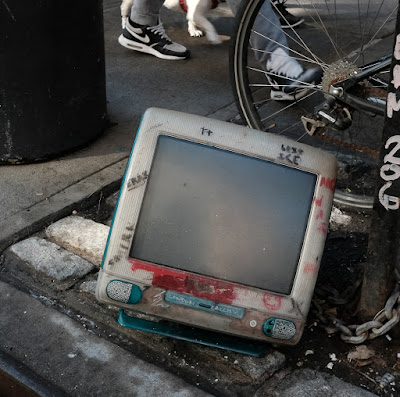 Derek Berg spotted this discarded iMac G3 on Fourth Street ... with London Calling written across it... 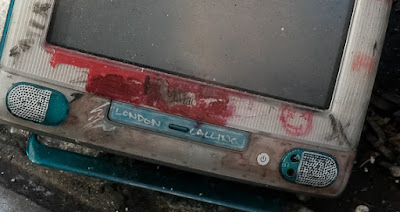 Speaking of the Clash ... International Clash Day is tomorrow. John Richards, morning-show host of KEXP in Seattle, started the event on a whim in 2013 to pay tribute to the band's "message of inclusion, multiculturalism, pro-immigration, anti-hate, anti-racism, and anti-fascism." Now in its seventh year, communities in 16 countries over six continents participate.

Richards and other KEXP DJs have been in London this week for a live broadcast and online event leading up to tomorrow ... you can listen online here. You can find other International Clash Day activities here.

This year also marks the 40th anniversary of the release of the Clash's London Calling. 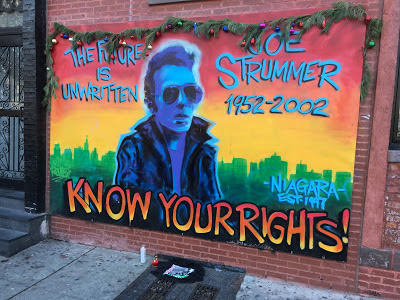