The photography of Cary Conover 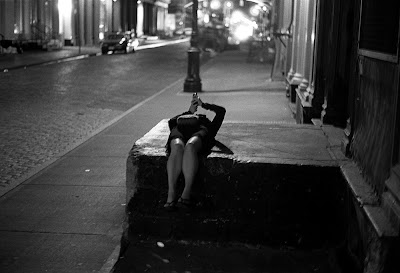 I've always liked the photography of East Village resident Cary Conover, a freelancer whose work has appeared in the Voice and the Times ... and starting tonight, you can catch his work at Lunasa, 126 First Avenue (between Seventh Street and St. Marks Place).

The exhibition is the latest in the Lunasa Photo Series, which is a curated program of photography exhibitions. This show features one print from each of the last 10 years that Cary has lived here. The opening is from 6-9 p.m., and the exhibit will remain up indefinitely.

Cary, an avid pool player, also has a billiards-dedicated site called Bank the Nine. Here's a nifty piece he assembled titled, A Night at Sophie's, Part III, where he captures some the the bar's pool-playing characters:

A Night of Pool at Sophie's, Part III from Cary Conover on Vimeo.

Next month, Cary and his family are moving to Kansas where he will teach photojournalism at a Wichita High School. (Here's a Q-and-A with Cary from yesterday in Street Reverb Magazine).

Cary fielded a question from me yesterday on his way to Lunansa:

How has New York City as a photographer's canvas evolved since you've been shooting here?

It's noticeably more touristy and people are more tech-savvy. I remember when the red double decker tourist buses showed up, I feel like it was 2002 or so. I always felt odd being watched as one would pass by. Technology has made a mark, too. The digitization of everything, brightly lit cell phone screens, video advertisements on top of taxis, the ubiquitous white earphone cords. Don't even get me started on the last one...I used to scoff (and this dates me), "What, you can't leave your home without your Norah Jones?" Same is true of coffee shops, it's a room full of people on laptops, all plugged into the same power outlet strip. I think of Bowery and Houston a lot, it's really changed in 10 years. There was always the mystique of that building north of Houston on Bowery, McGurk's Suicide Hall. You used to walk by a building and it would make you think about the past. I don't feel like that happens so much anymore.

Been awhile since we posted any photos by Michael Sean Edwards ... So! Here are a few from Sophie's circa 1988.... 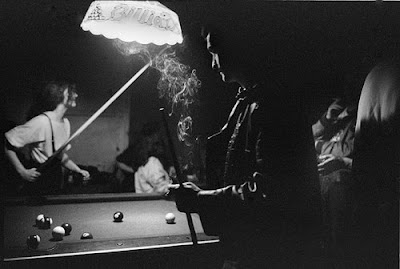 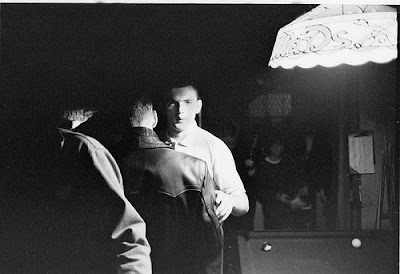 "Disappearing Manhattan" and opium chitchat with the Bourdainster (and is the Brooklyn Bridge going to disappear?) 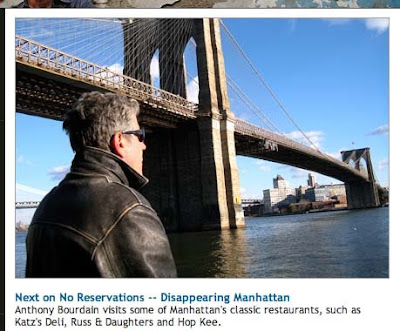 The Anthony Bourdain/"No Reservations"/Travel Channel site posted more information on their "Disappearing Manhattan" episode that debuts Monday at 10 p.m. Based on the publicity still above, should we assume that the Brooklyn Bridge is going to disappear? What does he know!

Also, after poking around the Travel Channel site, I discovered that the Bourdainsters had already posted a snippet of the interview that Bourdain did with Nick Tosches at Sophie's. According to the description of the two-minute clip that was shot last November, "Anthony Bourdain sits down and grabs a beer with author Nick Tosches, to chat about Southeast Asia and Tosches' new book, 'The Last Opium Den.'"

Presumably there's more of this interview (maybe not so publicist friendly?) with Tosches during the "Disappearing Manhattan" segment. Meanwhile, Daniel Maurer at Grub Street had more information on the episode...

Previously on EV Grieve:
"No Reservations" at Sophie's
Posted by Grieve at 7:40 AM 3 comments: 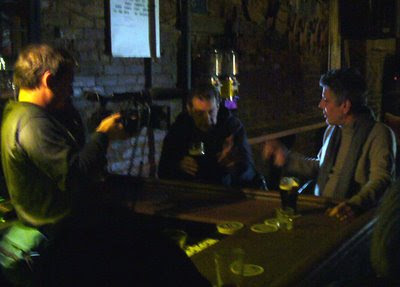 Back on Nov. 25, I reported that globetrotting chef Anthony Bourdain filmed a segment of his show "No Reservations" at Sophie's. The Bourdainster was joined by Nick Tosches to discuss great old haunts of NYC.

Well! It appears as if that segment is ready to air this Feb. 23 on The Travel Channel...The segment, titled "Disappearing Manhattan," starts at 10 p.m. Don't worry -- it will be repeated many times, according to the schedule...

Posted by Grieve at 7:00 AM No comments:

"One definitely gets the impression time stands still at Sophie's"

Bank the Nine has posted his "Sophie's photo roundup, part five," where you'll find many other black-and-white shots like this one of Johnny. 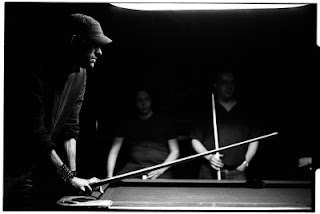 Posted by Grieve at 3:37 PM No comments: