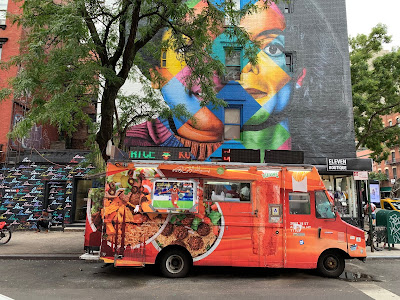 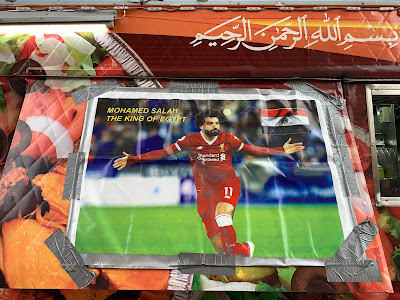 Big match today for Mo Salah and the Reds in a battle of No. 1 vs. No. 2 in the Premier League as Liverpool takes on Arsenal at 12:30. 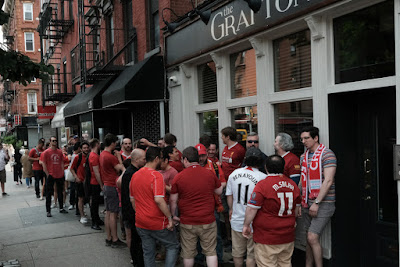 The scene at 9 this morning outside the Grafton on First Avenue between Seventh Street and St. Mark's Place... where the faithful were on-hand six hours before the Champions League final pitting Liverpool vs. Tottenham (and three hours before the pub opened).

The Reds were rewarded in the end, as Liverpool, with its attacking trio of Mo Salah, Roberto Firmino and Sadio Mane, prevailed 2-0. (I actually cut-n-paste that from somewhere else.)

Photo by Derek Berg.
Posted by Grieve at 9:00 PM 7 comments:

Email ThisBlogThis!Share to TwitterShare to FacebookShare to Pinterest
Labels: soccer

East Village resident up for $10,000 prize to fund soccer program for under-privileged kids

East Village Michael Nies shared this with us... Nies helps run a charity to raise money via the Luis Rojas Foundation for after-school soccer programs in the city... and the New York Red Bulls selected Nies to represent the New York area in a national voting competition for a grand prize of $10,000 to the charity.

"That's a little less then our budget for an entire year, so it's a big deal for us," Nies told us. "We currently run programs in three schools — in Harlem, Brooklyn and Staten Island. This could help us get a fourth school."

Here's more about it via a news release.

Michael Nies, Vice President of the Luis Rojas Foundation, was selected as the New York Red Bulls Community MVP for 2013 for his work with the local charity. Through Mr. Nies' stewardship, the Foundation raises money to run after-school soccer & fitness programs for children in the poorest of NYC schools.

Mr. Nies will now be entered into a national competition with the winners from the other eighteen MLS clubs for a grand prize of a $10,000 charitable donation from MLSWORKS, the philanthropic arm of MLS. From July 1st through July 12th, online voting here will determine the winner.

"We're a small charity, and to be recognized shows our work is paying off. Our foundation is desperately trying to help kids living in extremely difficult situations, and the chance to win $10,000 from MLWORKS is an incredible opportunity and could enable us to expand to other local schools," Nies said.

If you're interested in helping Nies and the kids that he works with, then you can vote here. [This is NOT about soliciting donations. This is simply to vote on the City to receive the prize money.]
Posted by Grieve at 5:50 AM 3 comments:

A few scenes from this afternoon's Euro 2012 semi-final soccer match ... 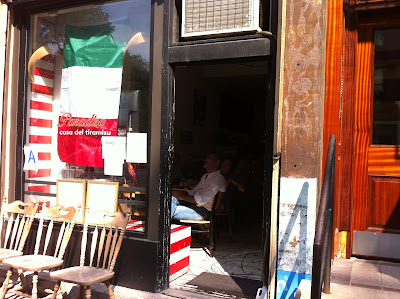 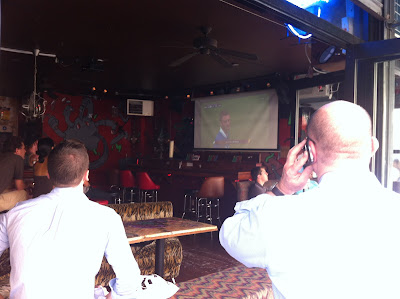 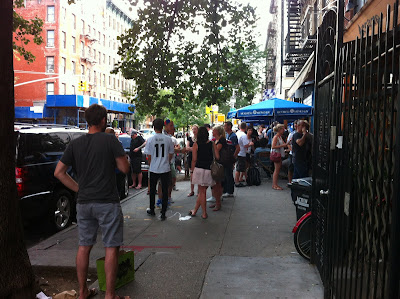 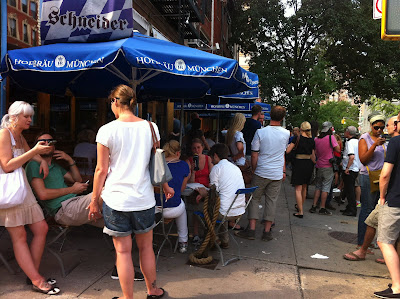