Love locks and weeds at the long-empty 89 1st Ave. 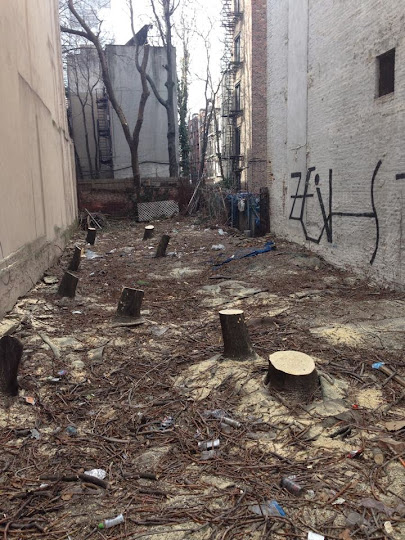 [Photo from March by Michael Hirsch]

We heard a rumor last fall that there were preliminary plans in place to build a 7-floor residential building in the long-emtpy lot at 89 First Ave. between East Fifth Street and East Sixth Street.

The rumor gained strength in March when workers cut down 10 trees and cleared the brush from the lot.

There still aren't any permits on file with the DOB noting impending construction ... and the lot is pretty much overgrown again... 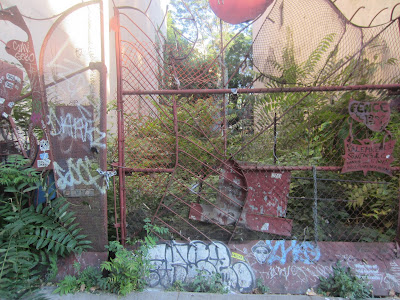 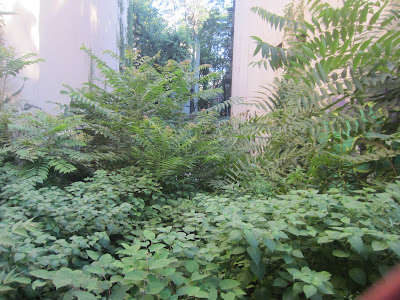 Meanwhile, EVG reader Michael Hirsch yesterday noted the arrival of what appear to be two love locks on the fence... 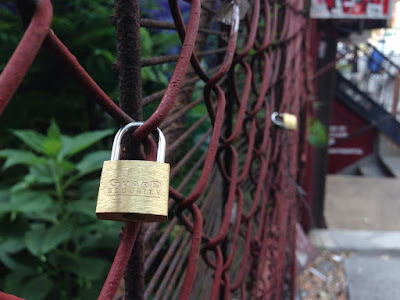 Perhaps this might become a new tourist destination for couples to show their affection... they can throw the keys into the lot before a romantic stroll through the great Dual Specialty Store next door.

Previously on EV Grieve:
Will this long-empty lot on 1st Avenue yield to affordable housing?
Posted by Grieve at 4:14 AM

That fence is one of the coolest trash sculptures in the East Village.

What a waste of some good-size trees.

Those trees were sent to an artisanal sawyer who hand cut each log into boards which were then used in a handtooled object de curio.

I wish the Grievestrator could help me find the locks. I don't see them.

For serious though, Dual Specialty Store is a gem of the hood.

For serious though, Dual Specialty Store is a gem of the hood.

Dual is the best. I now travel 100 blocks to buy spices.

Those love locks aren't doing anyone any good unless they're firmly secured to a chastity belt.