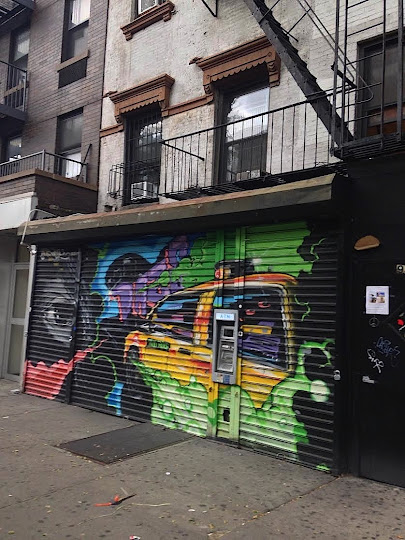 According to a report by Lisha Arino at DNAinfo, Mannarelli planned to appeal directly to the State Liquor Authority.

Meanwhile, today, a tipster passes along photos of signs that appeared on the Lit space... 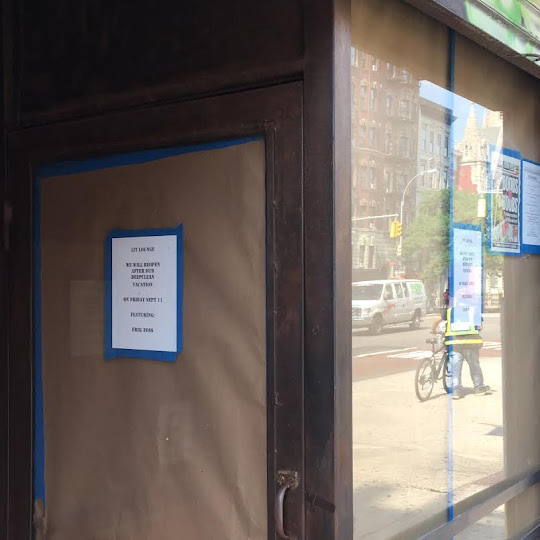 The sign mentions a reopening on Sept. 11... with the name of co-owner Erik Foss... 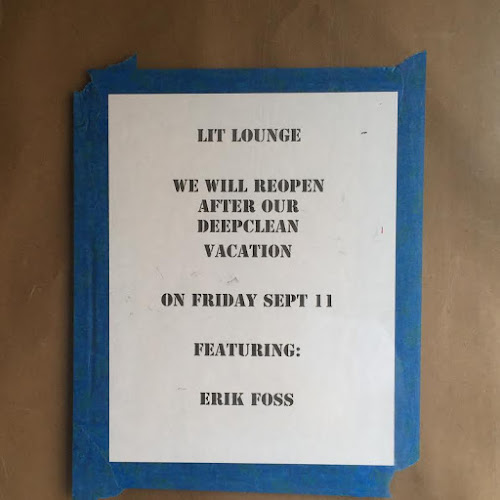 After a much needed deep cleaning and even more crucial maintenance and repairs ...... LIT LOUNGE will re-open...

There's also a notice (with today's Post as a time stamp)...

.... for next month's CB3/SLA committee meeting... It appears that the Cock will return to make its case again... 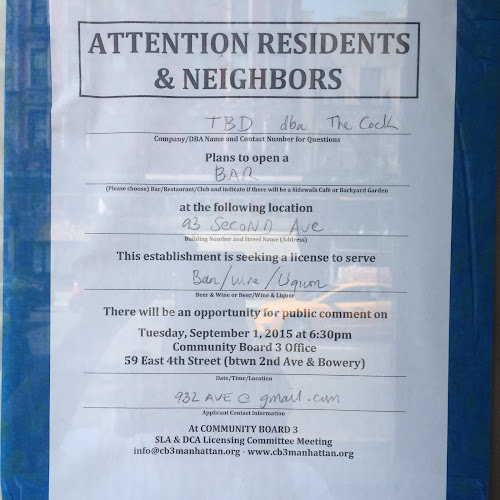 Perhaps this will be some kind of Lit-Cock mashup... we'll see...

Earlier this summer, the owners of Lit Lounge said that the 13-year-old music club was closing in the months ahead to relocate to Bushwick. Lit quietly closed in late July.

Not sure a Lit-cock would attract so many customers.

If The Cock is moving into Lit Lounge they should just call it The Flaming Dickhead.

I missed the boob-in at Times Square.

The owners of the cock are trying to sneak in through the back door no sexual pun intended so that they can take over the business without geting a license. It's license should be revoked.

OMG annoyedlessider !! how much more transparent do these guys have to be ? if that's sneaky going before the cb committee twice then you need to check yourself. and put your real name on your comments if you stand tall for full disclosure. and since when was the les part of the ev ? you have your own worries there that thankfully the dwellers handle with panache.


that said , i'm enjoying the dr seuss implications of a lit cock mash up-

Cock over Rock ?
Rock under Cock ?
Cock plus Lit = Clock or Lock (or for the perf worrywarts C plus Lit)

Lol, not sure a Lit-cock would attract so many customers.
Delores Ensley