Office space on St. Mark's Place back on the market and still ghost free 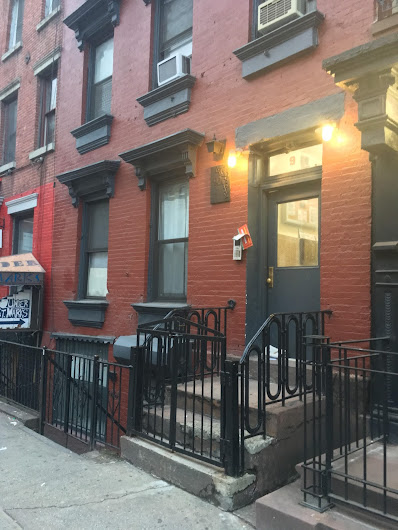 Back in July 2014, a unique "for lease" sign arrived for the basement office space at 92 St. Mark's Place just east of First Avenue.

Among other amenities, the sign boasted that the office had "Real see-thru windows" ... "Real walls!" ... and! "No ghosts!" 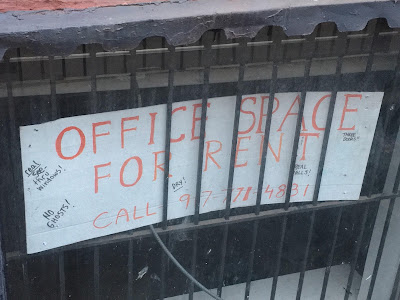 And there still aren't any ghosts... 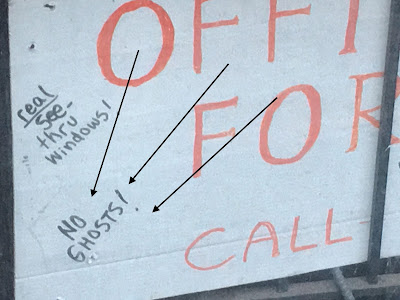 As I recall, this space was off the market for a long while after the fire on the first floor in August 2014.

H/T @aureliovoltaire
Posted by Grieve at 4:00 AM 3 comments: 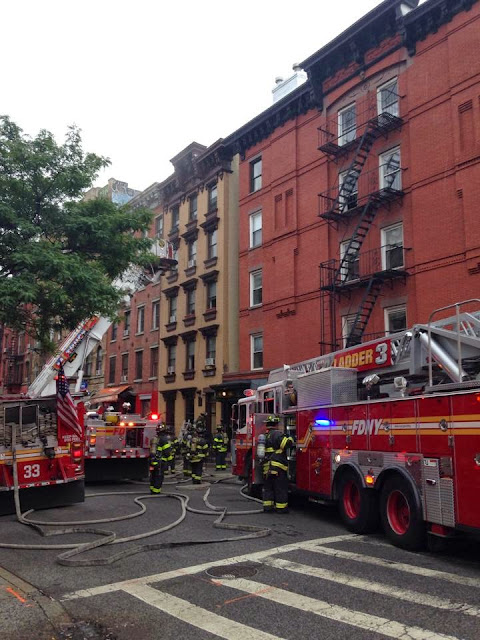 The FDNY responded to a fire this morning just before 8 at 92 St. Mark's Place east of First Avenue.

Firefighters smashed the windows and cut away the window guards of the ground-floor apartment as they quickly had the situation under control.

We saw one soot-covered resident, a male in his late 20s or early 30s, wearing only shirts sit down next door on the steps to Physical Graffitea. A next-door neighbor brought him a blanket. Paramedics brought another woman out of the building and treated her on the scene for smoke inhalation, according to witnesses. 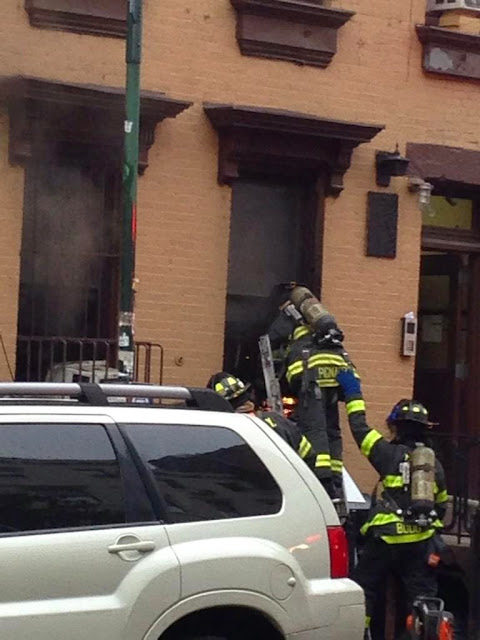 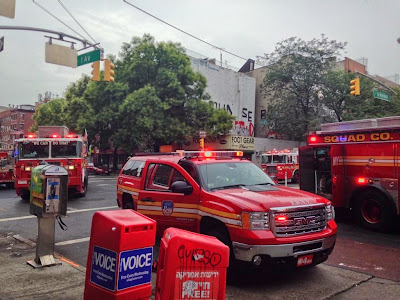 First Avenue was temporarily closed to northbound traffic at East Seventh Street. At this point, we do not know the cause of the fire or the extent of the damage. As far as we know right now, there were not any serious injuries.

The Post reports that the FDNY reduced two unconscious women from the fire. They are both "hospitalized in serious condition with smoke inhalation."

The cause of the fire is still under investigation, "but sources said investigators are focusing on the theory that smoking may have caused the couch to burst into flames." 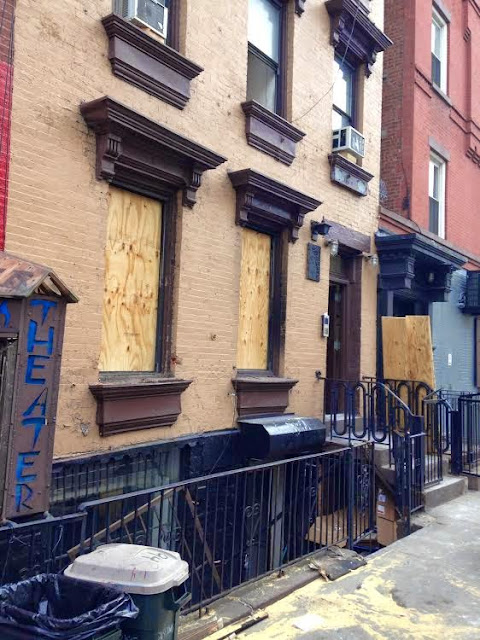 Top photos via @evgrieve
Posted by Grieve at 9:42 AM 8 comments: