The Asian Taste awning has arrived on 3rd and B; China Wok redux? 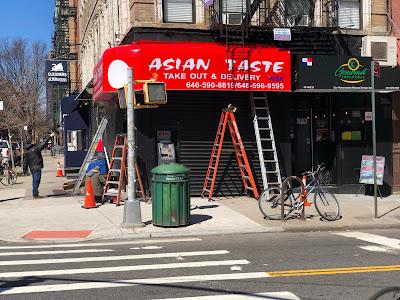 On Saturday, EVG regular Salim reported that workers put in place the new awning for Asian Taste (hello Choc font!), coming soon to the space on the northwest corner of Avenue B and Third Street.

There is an unconfirmed reader report that Asian Taste is from the same family who ran the previous establishment here, the quick-serve China Wok that closed in early December. (A reader also spotted one of the former China Wok cooks helping with the sign.)

Upon its closure in December, there were rumors that the business was Cromanated via landlord Steve Croman. The for-rent sign arrived in mid-December.

Whatever the case, the family felt good enough to return to this corner. 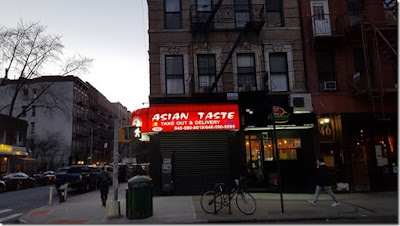 [Photo Saturday evening by Harold Chester]
Posted by Grieve at 4:24 AM 3 comments: 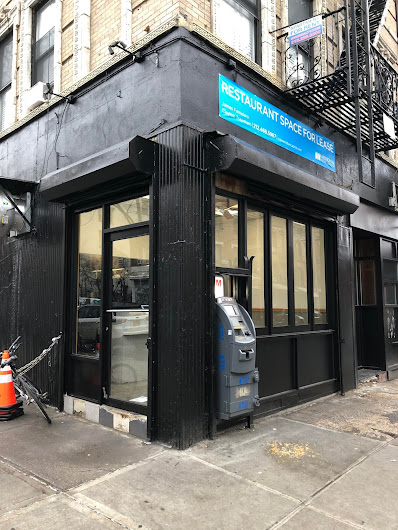 The for-rent sign has arrived at 38 Avenue B at Third Street, site of the recently Cromanated China Wok.

Meanwhile, in the space next door that last housed Dojo Noodle House, the for-rent sign has been removed... 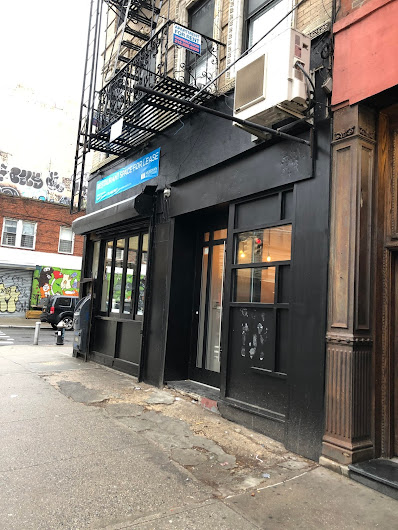 Rumor here is a Spanish empanadas-type place is coming soon...
Posted by Grieve at 4:00 AM 3 comments: 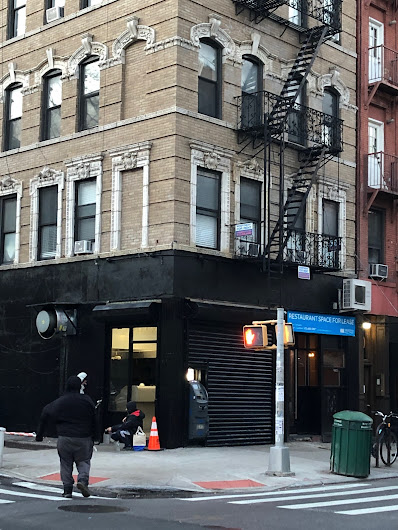 As a follow-up post to last Wednesday's item about China Wok's downed gates on Avenue B at Third Street... an EVG reader shared this photo from yesterday, showing that the CW signage has been removed, and the interior cleaned out.

The unofficial word here is that the owners decided to close after a rent increase. (The building is among those in Steve Croman's empire.)

We heard that the folks who ran China Wok also own a similar to-go establishment on Canal Street. 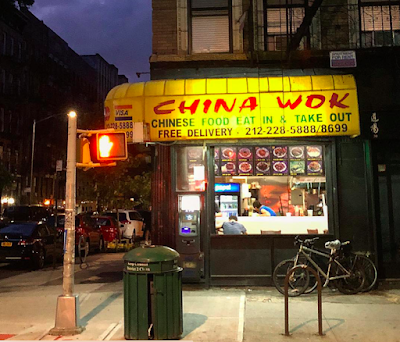 [EVG photo from the summer]

Concern for China Wok, which has not been open lately on Avenue B 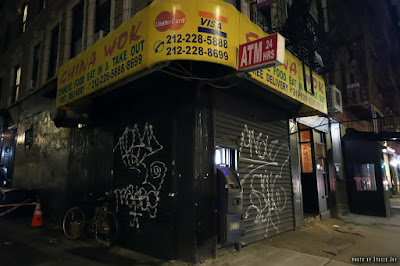 China Wok, the reliable quick-serve Chinese restaurant on the corner of Third Street and Avenue B, has not been open in recent days, fueling concerns among patrons that they have closed for good.

The storefront has been on the rental market. The current listing notes an asking rent of $6,495 a month. The space can also be combined with the empty storefront next door for a few thousand more. 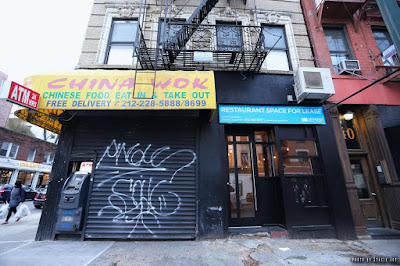 There is an unconfirmed neighbor report that the Marshal took legal possession of the space on behalf of landlord Steve Croman. (There is another unconfirmed claim that the rent was raised to the asking amount from $2,500.)

3rd and B • #eastvillage #chinesefood

China Wok back in action on Avenue B 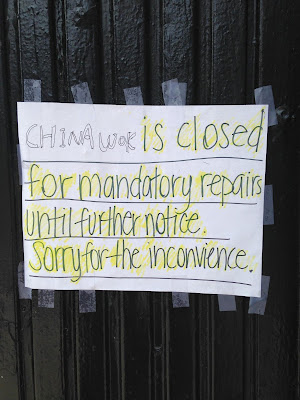 Fans of the reliable, quick-serve restaurant at the corner of East Third Street had been concerned in recent weeks … when the above signs arrived on the gate … However, after more than two weeks, China Wok is back open … 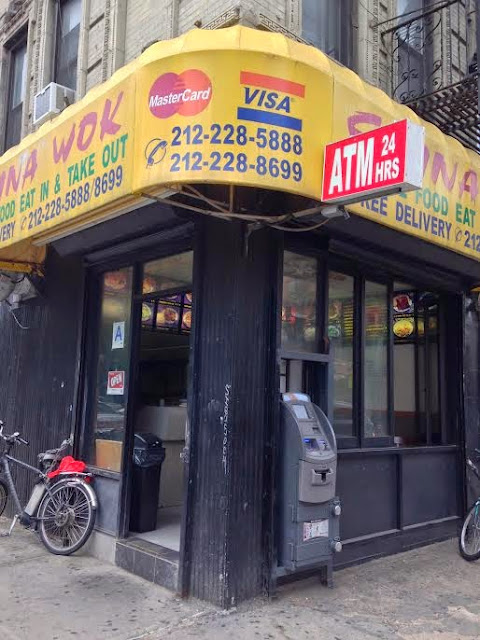 … as is Meskel, the Ethiopian restaurant on East Third Street that shares the same building as China Wok. Meskel had a similar sign on the gate.

A neighbor said that there was a gas leak in the building … and the residents as well as the restaurants were waiting for a ConEd repair.
Posted by Grieve at 4:58 AM 1 comment:

Concern for China Wok on Avenue B 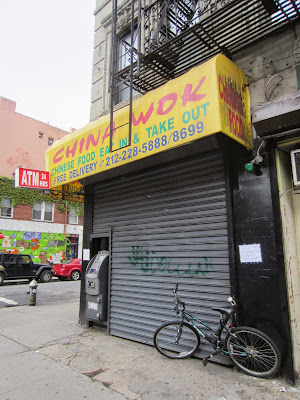 The reliable, quick-serve restaurant at the corner of East Third Street was closed for the second weekend in a row. Signs arrived outside the other day explaining that the closure has to do with "mandatory repairs."

This is often the telltale sign of a DOH closure … though there's nothing on file with the DOH to indicate that this had to do with a health code violation.

Said one neighbor, an EVG reader: "I haven't actually seen anyone go in or out of there since they've been closed. I've known them for 18 years, so I hope it's not another closing."

The Croman-owned 9300 Realty is the property's landlord. Three of the five adjacent Croman storefronts have closed in recent months — Cafe Rakka, Coyi Cafe and the laundromat. 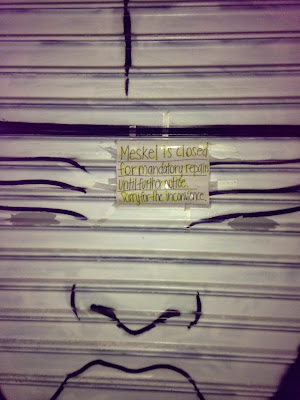 A reader points out that the sign with the same explanation … and with the same handwriting … is on the gate at Meskel, the Ethiopian restaurant on East Third Street that shares the same building as China Wok.