Confirmed: The Chocolate Bar is gone

Just following up on my post from Friday: The sign has been removed and the interior has been cleared out at the Chocolate Bar, which called East Seventh Street home for nearly seven months. 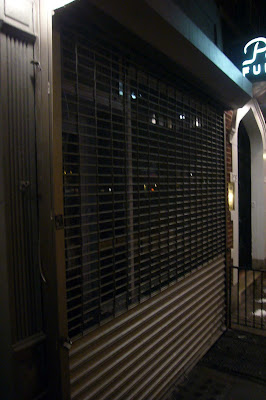 I'm told they're going to look for another location in the West Village. Any lessons from this? Hmm, maybe candy shops and funeral parlors don't make for good neighbors?


Meanwhile, take a trip back to last summer when the Chocolate Bar first opened. Through the lens of Bob Arihood. His shot (below) from last Sept. 16 is particularly compelling... 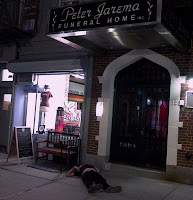 Wow. East Seventh Street, particularly on the north side of the street closer to Avenue A, seemed to be booming there for a bit. No more. Well, first, Locks 'n' Lads, the kiddie hair salon, has closed. Their outgoing message on their answering machine confirms it. Meanwhile, farther east, there's activity next to Butter Lane Cupcakes. A neighbor said this vacant space may just become a ground-floor apartment. Then! The Chocolate Bar has been shuttered the last few days. And don't expect to see it open again. I have it on very good authority that this location is officially closed. (And they just opened to so much hoopla in June.) Finally, the signs for the forthcoming East Village Pie Lounge at 131 E. Seventh St. are gone. Maybe that doesn't mean anything, though the spot has seemingly been dormant. The Pie Lounge was to take over the space that previously housed the short-lived Italian cafe Affettati. What gives here? Recession? Stupidly high rents (still)? The East Village wasn't ready for/didn't want/need more high-end dessert places? 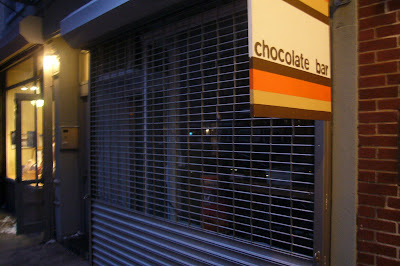 Construction next to Butter Lane Cupcakes. 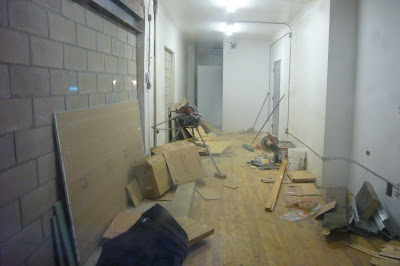 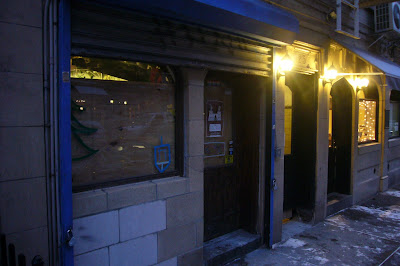 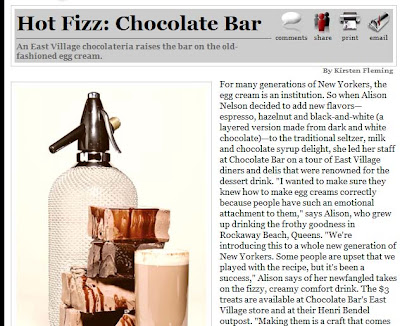