Fine. The block could really use a few more Asian eateries so there is one in every other storefront...But. Hmm, 13 St. Mark's Place? Isn't that home to the Iron Fairies, the hippy-dippy Australian shop that sells soy-wax candles and handmade soaps? It opened in October 2007; the St. Mark's location was their first in North America.

Anyway, this is the same 13 St. Mark's Place. Which means the Iron Fairies store has closed. 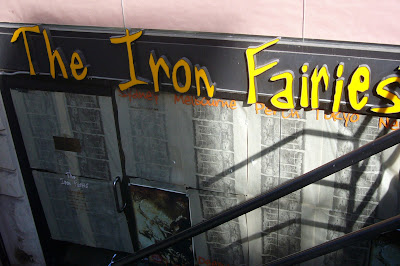 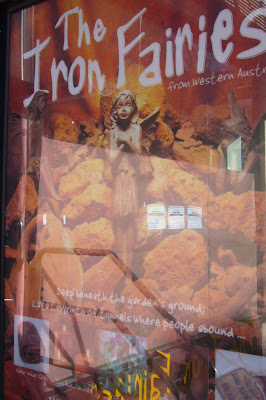 In an article dated Oct. 25, 2007, the New York Sun noted the recent high turnover on St. Mark's Place between Second Avenue and Third Avenue. Iron Fairies was one of eight new retail outlets staking their claim on this block. According to the Sun:

Ashley Sutton, a director of the company that owns Iron Fairies, Wild Blue Holdings, said he settled on St. Marks Place after researching locations in the city for a year and a half.

"We were looking at six locations in Manhattan, but we ended up here," Mr. Sutton said. "The trash is moving out of the neighborhood. It's trendy and has a lot of Asian influence, as well."

Meanwhile, across the street, the former Mondo Kim's awaits a new tenant. 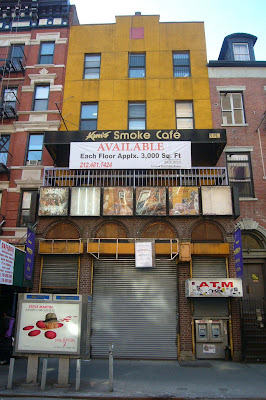 As the Sun article noted: "The owner of Mondo Kim's, Youngman Kim, had put 6 St. Marks Place on the market for $19 million, but he recently decided instead to lease the five-story, 15,000-square-foot building for about $1 million a year, his broker, Steven Rappaport, said. Mr. Kim is "in serious negotiations" with a food vendor, the broker said, but he would not disclose the company's name. The store, which has been at no. 6 for 20 years, will move to another space in the East Village, Mr. Rappaport said. Mr. Kim declined to comment."

Guess we're in for another turnover on this block (David Z shoes is apparently closing too)...just like in the fall of 2007. As the Sun reported then:

Two factors behind the revolving door of retailers on the street are high rents and a demographic of younger shoppers who do not have deep pockets. And despite the fact that foot traffic on St. Marks is usually heavy from the early morning to the late evening, this "gateway to the East Village" lacks luxury residential developments that could help anchor the retailers.