After attack, R'n'R for Miss Kita the Wonder Dog of East 10th Street 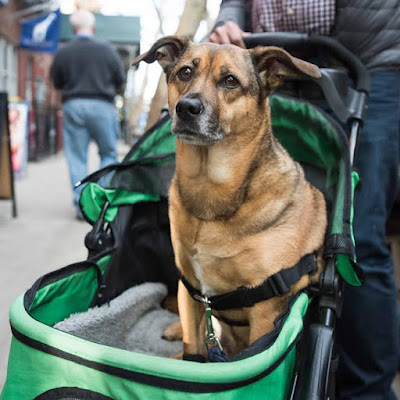 [Kita from earlier this year]

It has really been far too long since we've heard from Kita the Wonder Dog of East 10th Street. (All the way back to November!)

Unfortunately, dear Miss Kita is having another tough summer — at least the last part of July. Last summer, she was recovering from a torn tendon.

Her owners provided us with an update this week:

On the evening of July 22 we were walking on 11th between B and C at around 11 when Miss Kita the Wonder Dog was rather brutally attacked by another dog — a Shar-pei/pit bull mix. The dog was with a young guy who wasn't in control of it.

Kita will be fine but her injuries are severe. She's got a ton of stitches and needed some sort of a tube in her throat. The dog attack was very traumatic for her and for us.

The vet did remove the tube a few days ago, and Kita continues to rest and recover.

"She is in much better spirits now."

Meanwhile at the polls... 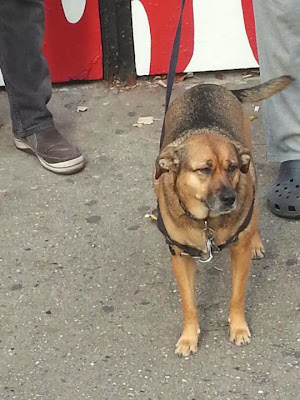 Miss Kita the Wonder Dog of East 10th Street just after exercising her Dog given right to vote today. In addition to looking forward to a De Blasio administration, she’s hopeful a new Police Commissioner will back off just a bit on the leash laws at off hours at the East River Park. She’s getting a bit tired of the fines. 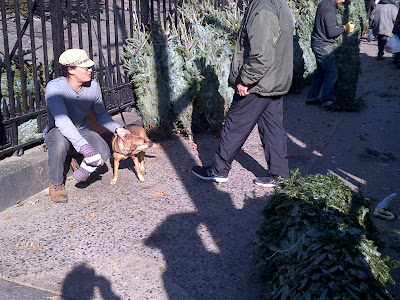 Supervising the purchase of her first East Village Christmas/druid tree. Joseph is the young man who sold it to us at St Mark's Church-in-the-Bowery. A very pleasant fellow. And ours was apparently the first tree they've sold this year. They clapped for us and everything. Kita was impressed and is excited for the holidays.

On the next episode: Kita meets Zoltar 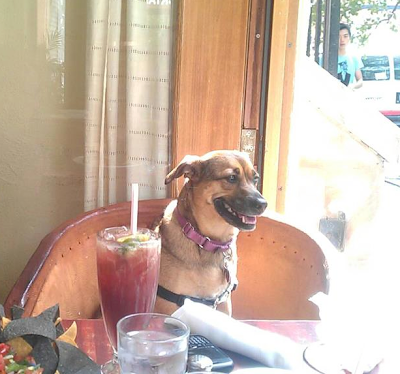 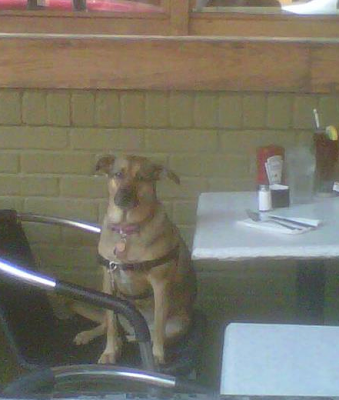 Previously on EV Grieve:
The further adventures of Kita the Wonder Dog of East 10th Street
Posted by Grieve at 7:00 AM 17 comments: 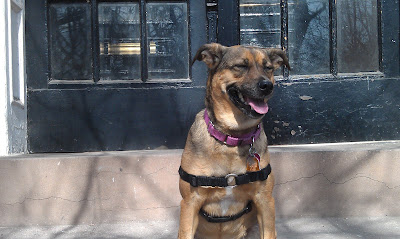 Since then, the cards and letters continued to arrive at the EV Grieve P.O. Box. How is Kita? How is she adjusting to life here? That kind of thing.

So we got in touch with Kita's owner for an update.

Kita the Wonder Dog of East 10th Street has spent her days acclimating to the neighborhood. She had a close call with some sort of terrier mix that got off its leash while crossing Avenue A and lunged for poor Kita.

Being the wonder dog that she is she literally leapt out of its clutches and received an ovation from the people seated outside Café Pick Me Up. Kita is heavy into the dog run across the street. While she enjoys chasing pigeons, we’ve tried to explain to her that there’s nothing stealth about a dog with three noisy dog tags and a bright yellow ball in her mouth trying to sneak up on a flock of unsuspecting birds.

Kita spent a recent weekend up in Connecticut and went on a little boat ride. 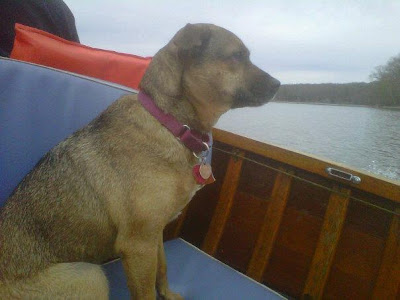 Once we were smack in the middle of the lake, (Bantam Lake, in Litchfield County, the largest natural lake in Connecticut for those who might be interested) she promptly fell or jumped in — it was hard to tell which. Turns out to be a reasonably good swimmer.

On the next episode: Kita applies for a liquor license.
Posted by Grieve at 7:00 AM 13 comments:

Please welcome Kita the Wonder Dog of East 10th Street, whose owners recently brought her home from a shelter.
Posted by Grieve at 6:42 AM 13 comments: