The pop-up bar before Christmas: Miracle on Ninth Street returns for 5th season 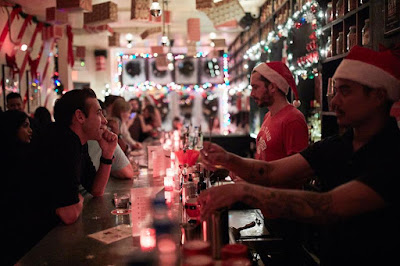 For the fifth consecutive year, Miracle on Ninth Street — a Christmas inspired pop-up bar — is open for the season (as of yesterday) inside Mace, the cocktail bar at 649 E. Ninth St. at Avenue C.

And what started on Ninth Street is now worldwide. Per Facebook:

Boehm, the founder of Cocktail Kingdom, a manufacturer and distributor of professional barware, is a partner in the cocktail bar Mace on Ninth Street and Boilermaker on First Avenue.

According to the public documents on the CB3 website (PDF here), the unnamed bar-restaurant would have proposed hours of 5 p.m. to 2 a.m. Sunday through Wednesday; until 3 a.m. Thursday-Saturday. (The outdoors space in the back would be open from 5-9 p.m. daily.)

The sample menu on the questionnaire features small plates and "not so small plates," with items like oysters on the half shell, moles frites and a tuna baguette... 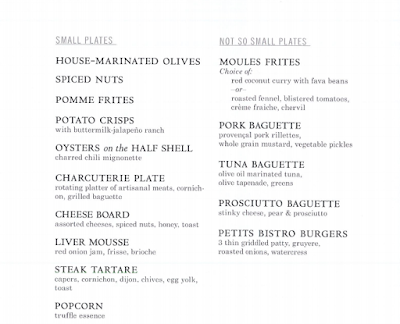 ... a contrast to the current menu at Double Wide, which serves chicken-fried steak and Frito pie, among other things.

The questionnaire describes this as a sale of assets. If this all goes through, then this would mean the end of Double Wide, which opened here between Avenue A and Avenue B in late 2011.

Two previous bars in this space, Mundial and Totem, were especially problematic, according to nearby residents.

Miracle on Ninth Street now open for the holidays 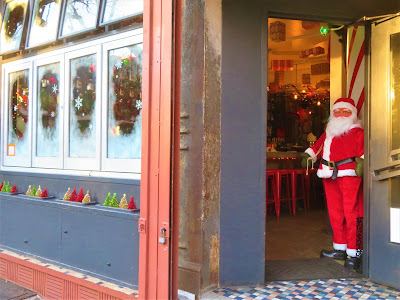 For the fourth consecutive year, Miracle on Ninth Street — a Christmas inspired pop-up bar — is open for the season (as of yesterday) inside Mace, the cocktail bar at 649 E. Ninth St. at Avenue C.

Escape the cold and soak in the festive atmosphere while enjoying a glass of Jingle Ball Nog or a Christmapolitan.

Transformation of Louis 649 to Mace continues on East 9th Street 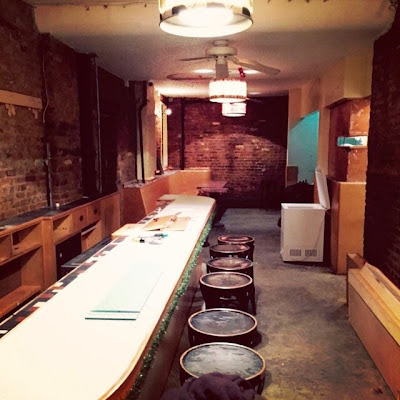 Louis 649 is currently undergoing a transformation to Mace, a great new cocktail bar opening very soon. I partnered with Greg Boehm and Nico de Soto on this project and we're all very excited and hope to see you when we start shaking cocktails next month.