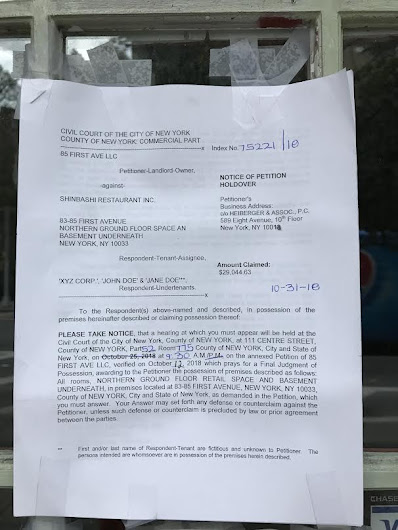 As we noted in late August, Shinbashi Sushi hadn't shown any signs of life over at 85 First Ave. between Fifth Street and Sixth Street.

A comeback for the restaurant seemed unlikely (it never looked all that busy to begin with) ... yesterday, EVG reader Jonathan Michael Fung spotted some legal documents taped to the front door of the still-closed restaurant showing the owners owe nearly $29,000 in back rent. (And this is the second round of legal documents spotted at the address, as Eden B. noted last month.) 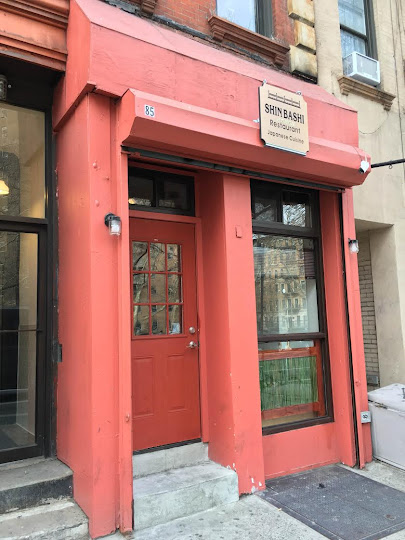 The sign is up for Shinbashi, a new Japanese restaurant at 85 First Ave. between East Fifth Street and East Sixth Street.

We don't know too much about this business. They were on the CB3 SLA docket for a beer-wine license last September, though it was not heard before the committee. (The questionnaire for the applicant has very little information aside from proposed hours and seating — 18 tables with 72 seats.)

And it appears as if the proprietors added in the sushi lettering from the hardware store after the fact on the sign.... 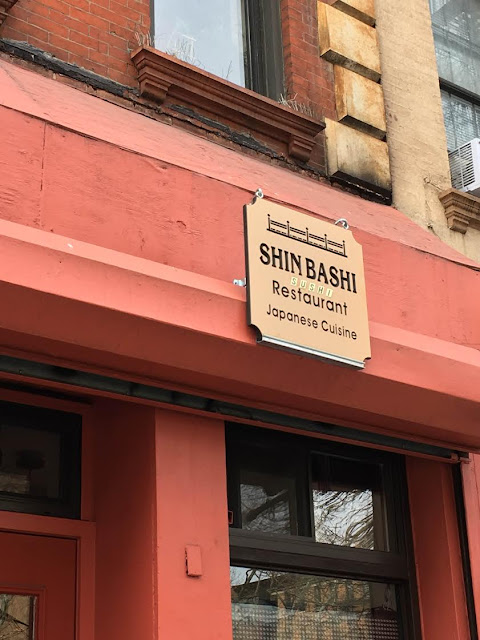 The address was previously home to the wine shop Tinto Fino, which closed in May 2013.
Posted by Grieve at 4:00 AM 1 comment: