SobaKoh has closed on 5th Street 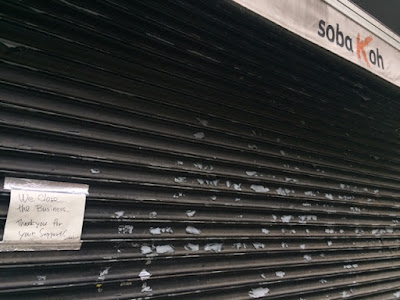 SobaKoh, a soba restaurant on Fifth Street between First Avenue and Second Avenue, has closed.

A sign appeared on the gate this past weekend noting the closure... 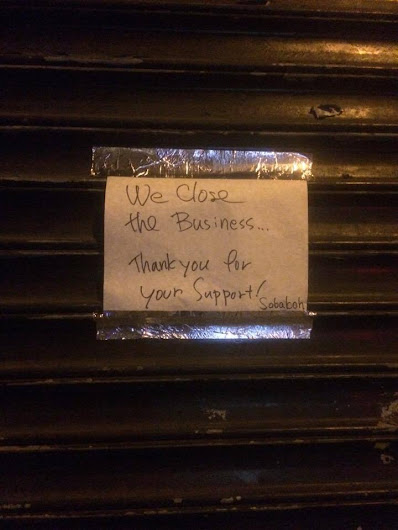 Said one neighbor: "This is a real heartbreaker. The restaurant was so good. The owner made his noodles in the window."

We have not heard an official reason for the closure of SobaKoh, which opened in early 2005. On Facebook, the restaurant noted that the owner "will be returning to Japan after his retirement."

The (unofficial) word on the block is that it didn't have to do with a lack of business or a rent increase, but rather an unscrupulous contractor who bilked Hiromi Takahashi, the restaurant’s chef and owner, over repair work. A neighbor said that he decided to throw in the towel rather than incur more expenses.
Posted by Grieve at 4:30 AM 9 comments: