Choice Cleaners 7 coming to Avenue A 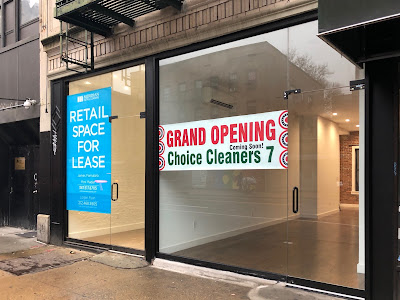 Signage is up now at 24 Avenue A ... where Choice Cleaners 7 is coming soon to this space at Second Street.

This is a move for the current Choice Cleaners 7 at 23 Avenue B between Second Street and Third Street.

The retail space was previously home to the Art on A Gallery & Shop, which closed last summer after seven years.

There are two other empty retail spaces in this corner building, including the former FryGuys storefront on Second Street... which was recently renovated... 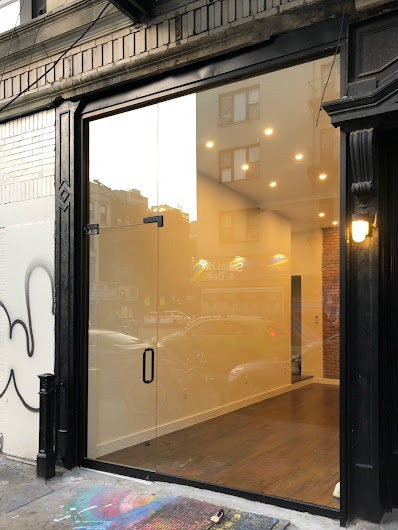 Long-empty storefront starting with a clean slate on 6th Street 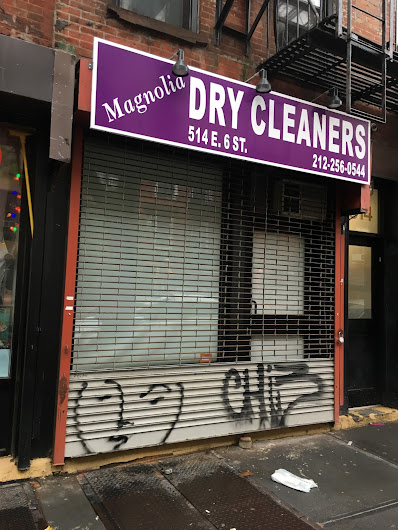 And in news about new dry cleaners... there is a dry cleaners (Magnolia!) coming to 514 E. Sixth St. between Avenue A and Avenue B.

As far as I can recall, this space has been empty since Betola Espresso Bar closed in June 2013.
Posted by Grieve at 4:04 AM 4 comments: 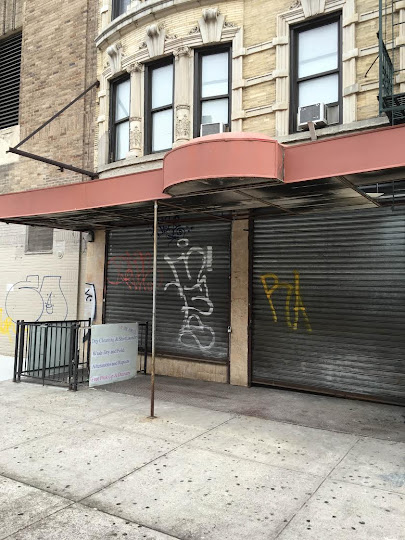 Little Pakistan Deli at 200 Second Ave. closed in January 2015... and now there's a new tenant for the storefront between East 12th Street and East 13th Street... the coming soon (with three !!!) sign announces a dry cleaning and laundromat... 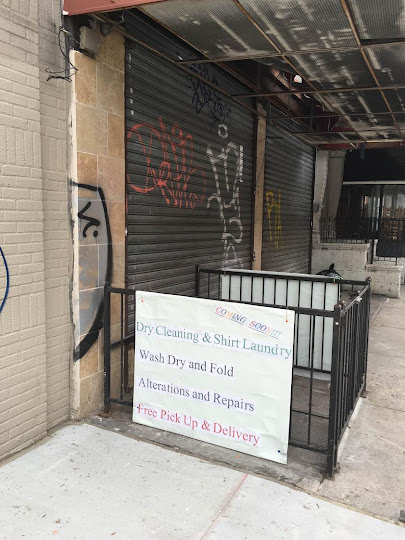 Something that people may use (a dry cleaners!) opening on Third Avenue 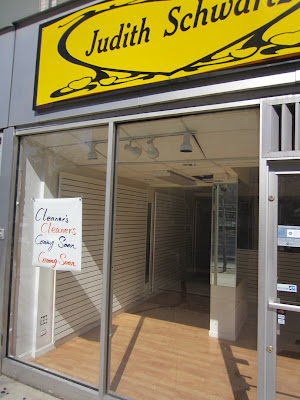 Here, next to East Village Cheese on Third Avenue... at that short-lived boutique...
Posted by Grieve at 6:23 AM No comments:

From FroYo to dry cleaning

As Hunter-Gatherer noted this past January, öko frozen yogurt at 137 First Avenue near Ninth Street "closed for renovations" after just six months at the location... 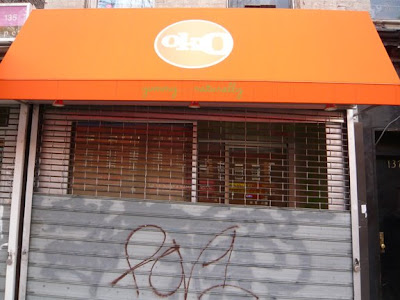 "Closed for renovations" after six months, of course, is simply code for "we're out of business." Sure enough, the location never reopened.

Now, coming to this site: A dry cleaners. 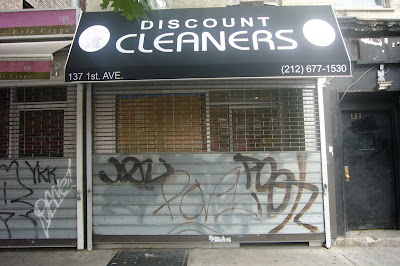 By my count, this makes the fourth dry cleaners to open in the East Village this year.

[öko photo via Hunter-Gatherer]
Posted by Grieve at 6:55 AM 1 comment:

A little bit of Soho in the East Village: From steamed lobster to steamed dry cleaning

Thanks to the tipster for pointing out that the former Urban Lobster, which closed in late March, will soon be home to a dry cleaner on Houston near Avenue A. Well, nothing wrong with that, I suppose, except... 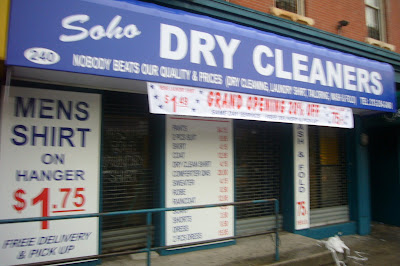 Kapri II dry cleaners is about 200 feet to the east on Houston... 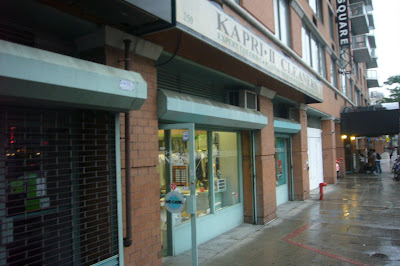 Something actually kind of useful opens on Ninth Street 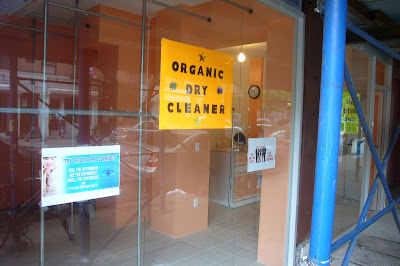 A dry cleaner in the new Ninth Street storefront carved out of a space in the building behind Doc Hollidays ... Not sure about the "organic" part...
Posted by Grieve at 6:23 AM No comments: