Oh, just another story about someone getting arrested for selling marijuana-laced rice krispie treats on East 14th Street 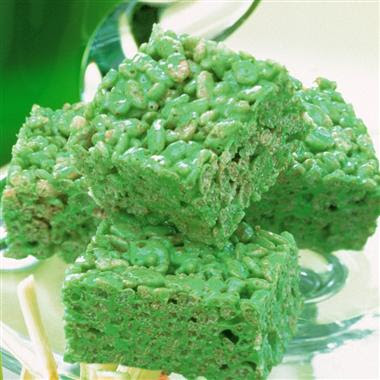 No time for bad pot puns. Let's get right to this piece in the Post this morning.

Cops arrested two men Wednesday after busting up their half-baked East Village drug deal and discovering a sweet stash of dozens of marijuana-laced Rice Krispie’s Treats, The Post has learned.

Ariel Herrera, 23, allegedly hid the sugary snacks and their secret ingredient in the back seat of his 2011 Honda Accord — where cops caught him peddling pot-filled treats to Logan Delfugeo in front of an East 14th Street apartment building.

"I guess these guys wanted to take care of the high and the munchies all at once," a law enforcement source deadpanned.

This happened between Second Avenue and Third Avenue, which the Post noted is "a drug-sales hotspot." Delfugeo reportedly said that he needs marijuana for medical purposes.

The lesson: You should never, ever buy anything from rice krispie treat dealers, alleged or otherwise. Sure, baking rice krispie treats from a mix with weed butter is difficult, but you will simply need to experiment finding the right ratio of oil to egg to butter.
Posted by Grieve at 6:54 AM 5 comments:

Check out the next two weeks at Jones Beach! 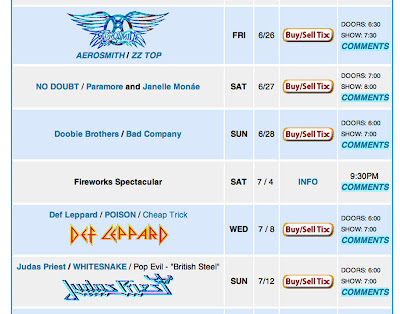 (*If I had a free ticket and the shows were like down the block and not at Jones Beach, which is a lovely spot for a show but sucks to get there and back and that whole no booze thing.)
Posted by Grieve at 6:53 AM 6 comments: