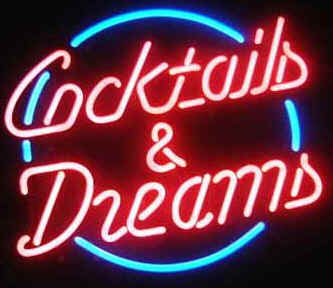 So the Times debuted its Social Q's column in the Sunday Styles section this past, er, Sunday. Written by Philip Galanes, the column aims to "help with an awkward social situation."

I'm looking forward to seeing the following question, "I moved to the East Village a few months ago. There are so many bars! It's sure not like it was in [HOME STATE]. How should I behave when I'm in a bar? Is tipping customary?"

Anyway, in recent months, I've noticed that this new crop of young professionals -- 21 to 25 years of age, give or take a year on the legal side -- aren't very savvy at the ways of a bar. (I'm not a bartender -- just someone who sits in too many of them for too long.) Generally speaking, they're a self-centered bunch who embarrass themselves without even realizing it. Plus, is it really so difficult to know what you want to drink? One young woman came into one of my favorite neighborhood spots and asked what kind of red wine they had. The bartender said they only had a Merlot. "I'll have a piña colada then." How do you go from red wine to that? Or the young group of women at the same bar who asked the bartender for a recommendation on what to drink. Or the woman who asked to see the drink menu at the Grassroots.

So, generally speaking, what's wrong with some of today's neighborhood-bar-going young generation? (Clarification: I'm talking about regular-bar bars -- props to Brooks of Sheffield for that phrase -- not some bottle-service club.)

They act as if they've never been in a bar.
They want to pay using a credit card because...
They rarely have cash on hand.
They leave things behind. ("Did you find a black leather bag with a Lumix digital camera inside...?" Heard a variation of that one too many times.)
They always want the jukebox turned up, which is annoying because...
They always play the most obvious songs on the jukebox.
They will rarely buy rounds for each other. Instead of one person coming to the bar and asking for four drinks, each person comes up and orders individually. (And then pay with a credit card...)
They rarely read a book, newspaper or magazine while waiting for a friend. Instead, they send text messages or play with their iPod.
They aren't aware of their surroundings. (It's just fine for the two of you to take up five seats at a crowded bar.)
They carry too many shopping bags.
They are careless with their possessions. (Hey, it's cool to leave your open purse on the bar, I'll watch it for you!)
They need to be stimulated -- forget conversation, give them Big Buck Hunter.
They wonder why they're aren't more TVs.
They always ask what the happy hour special is. And then still try to bargain.
They like to think they are special because they are in your bar.
They think snapping their fingers or clapping their hands will make the bartender respond much quicker.

I'm sure I've left out many annoying habits of the bar-going Yunnie. And you can likely do better. Feel free to add more in the comments. Oh, and if you're a youthful bargoer, please feel free to defend yourself.

Email ThisBlogThis!Share to TwitterShare to FacebookShare to Pinterest
Labels: bartenders, hey kids get off my lawn, how to behave in a bar, Yunnies
Older Posts Home
Subscribe to: Posts (Atom)