Today in cars maybe falling on you 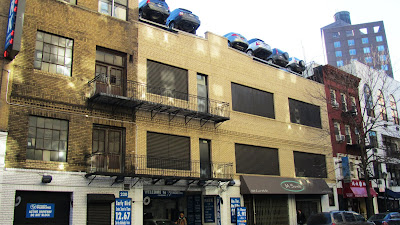 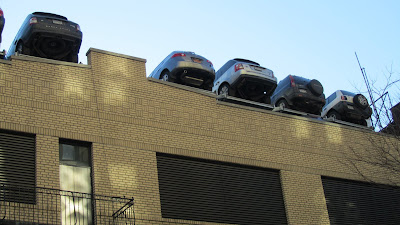 The owners of the parking garage on 11th Street.... as EV Grieve reader Blue Glass points out, workers have been standing on 11th Street and First Avenue enticing car-driving shoppers with signs... 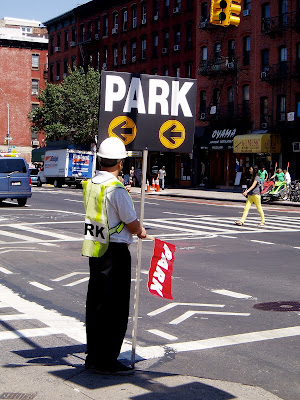 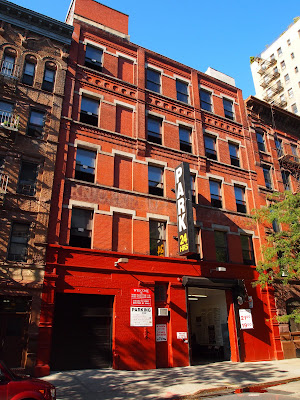 Posted by Grieve at 6:55 AM No comments:

You probably saw the news accounts yesterday about the Mercedes SUV that plunged three stories from the parking garage at 12th Street and University Place. According to reports, the attendant accidentally threw the SUV into reverse by mistake. Amazingly enough, no one was killed — or seriously injured.

The massive SUV catapulted through the sixth-floor window landing in a tangle on a roof between the two buildings.

"There's a f- - -ing car in my back yard," Frank Schwartz said. "I heard a guy yell earlier, but I thought it was just my crazy neighbors partying, and I just ignored it.

"That's what happens when you live in New York."

Still, have you ever looked up at the parking garage on Ninth Street between Third Avenue and Second Avenue? 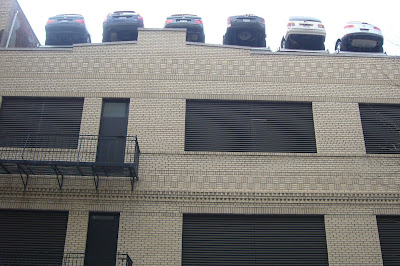 Please be careful — and walk on the other side of the street.
Posted by Grieve at 6:50 AM 2 comments: