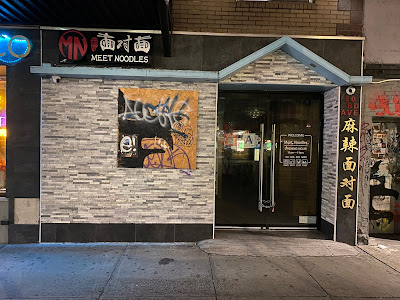 Meet Noodles has closed at 50 Third Ave. I don't know when this happened. They had been open for takeout and delivery ... as well as some curbside dining... but it all seemed to go dark in recent months. (Thanks to Steven for the photo!)
There isn't any word of a closure on its website, social media properties ... or even Yelp. The restaurant specializing in Chongqing noodles opened here in May 2019. They also have locations in Brooklyn, Columbus, Ohio, and Nashville, Tenn.
Anyway, there's now a listing for the space that doesn't offer many details, like rent.
The west side of Third Avenue between 10th Street and 11th Street is getting grim... with this closure, five of six consecutive storefronts are now empty... including the former Boilery and Blockheads ... Ainsworth on the corner is said to be temporarily closed... 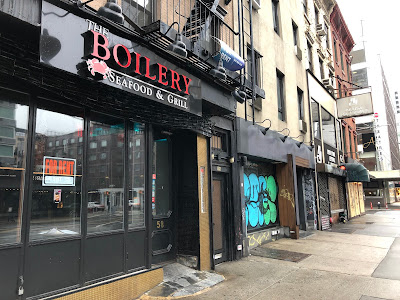 In addition, next door to Meet, it appears that Taste Wine Co. has closed... paper is covering the windows and the store appears to be empty, per Steven ... the shop had just reopened under new ownership in the fall... if this is a permanent closure, then this makes six of seven closed businesses right in a row... 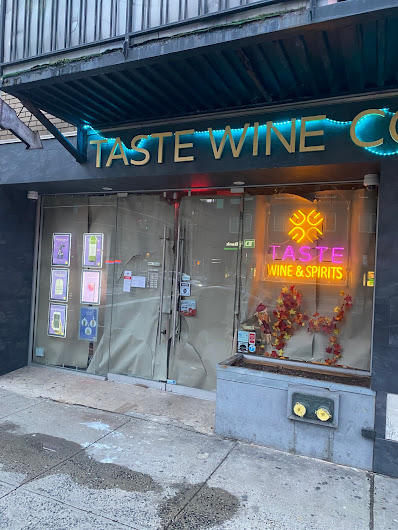 The Boilery has a rent sign since December. It looks like 99 Favor in St. Marks has closed as well.

I went to the wine shop a week ago, and was speaking the owner who seemed pretty upbeat. I guess he was partners with the previous owner and said a lot of new wines would be coming to the store soon. I'm not sure why it closed again