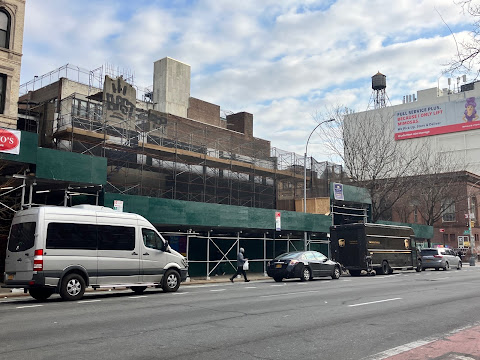 Last Thursday, we shared photos that Idan Cohen took from inside the remains of the deconsecrated and shuttered (as of July 2015) Church of the Nativity at 44 Second Ave. between Second Street and Third Street. (Revisit that post here.)
Demolition has picked up at the remaining two structures on the parcel — the church (top pic) ... and the former church rectory (below). 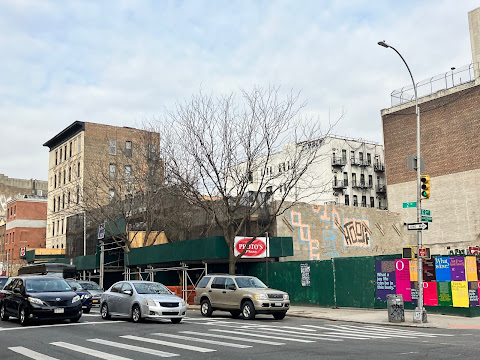 The former La Salle annex on the corner of Second Street was demolished in the fall. 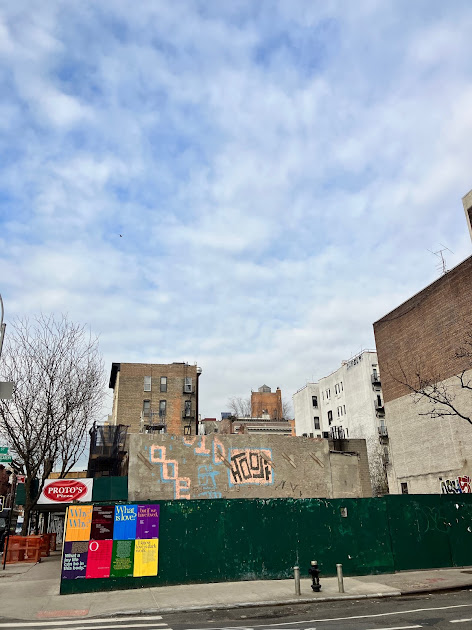 And a few shots via Steven of the demo work... as seen from Second Street... 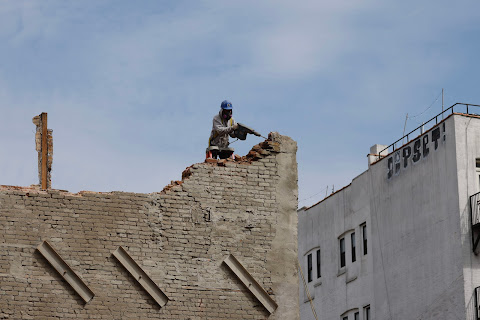 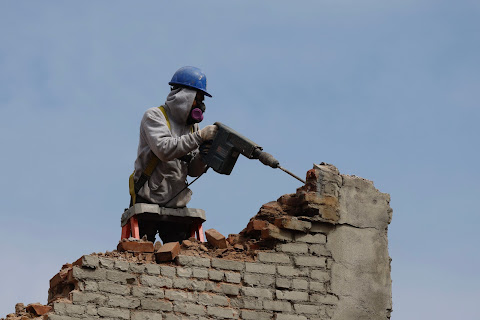 As previously reported, Gemini Rosemont Development has plans for an 11-story mixed-use building on this soon-to-be-empty parcel. (We haven't spotted any renderings out in the wild just yet.)
In 2020, Gemini Rosemont bought the former La Salle annex at 38 Second Ave. and Second Street. The $14.5 million purchase of the four-story building was the third of three contiguous plots that they acquired. The Los Angeles-based commercial real estate investment company closed on 42-44 Second Ave. and 46-48 Second Ave. (the former Church of the Nativity) in March 2020 for $40 million.
Previously on EV Grieve:
• There are 8 million stories in the naked city... and this is one of them on 2nd Avenue
Posted by Grieve at 5:10 AM

Thanks for the close-up - that looked like a shooter on the roof!

I thought this land had to be deconsecrated before they did anything.