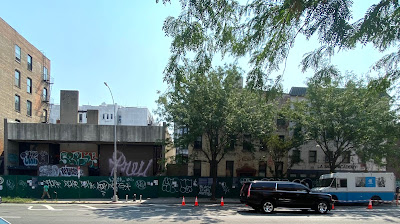 We now know what Gemini Rosemont Development has planned for the east side of Second Avenue between Second Street and Third Street.

According to freshly filed work permits, the company is looking to erect an 11-story building (120-feet tall) filled with 87 condos and 10,014 square feet of retail.

In addition, there will be a 1,884-square-foot office (likely medical) on the first and second floors. Fogarty Finger Architecture is the architect of record. (H/T Upper West Sider!)

In recent months, Gemini Rosemont bought the former La Salle annex at 38 Second Ave. and Second Street. The $14.5 million purchase of the four-story building was the third of three contiguous parcels between Second Street and Third Street acquired by the firm this year for development. 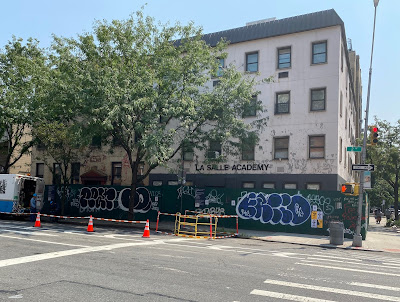 Demolition permits have already been filed for three buildings. 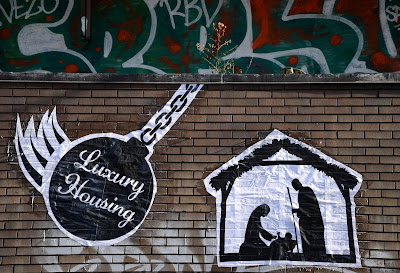 [Photo at Nativity from Jan. 10 by Felton Davis]

According to what I read, the plans also call for a garage.

Some math. The properties sold for a total of $54.4 million. If the site was used for affordable housing, I’ll assume 100 units instead of 87 since they might be a bit smaller. That’s a land cost alone of $544,000 per affordable unit — then it has to get built and then operated with an affordable rent that might or might not cover operating costs. I find the amount of subsidy required here to be mind-boggling. We would do so much better to focus on existing NYCHA housing, which due to Federal subsidy is affordable to our lowest income neighbors. Maintain it, put people in appropriately-sized apartments, weed out people who are misusing their apartments. Recognize that demand for below-market housing is well above our ability to meet it and figure out how to do the best with what we have, which is a lot less than we had six months ago.

Pretty much anything would be better than the sidewalk flophouse. More unliveable housing for nonhumans.

Beginning to understand why DeBlasio and Cuomo shut down the city, not allowing NYers to have jobs to pay rent? These two are as bad as Bloomberg was, social engineering for a new breed of wealthy upper income and money laundering foreign apt owners while getting rid of middle class and lower income city dwellers who have been here for years. Cuomo realizes NY can't survive on the present tax base considering the city is now full of unemployed and welfare recipients so he needs the wealthy to prop up the city and state through ridiculously high taxes due to his corruption and failed social policies.

okay that's a lot of math however the church an organization which pays zero taxes to the city or state, did not have to sell these properties for that amount of money. An organization which follows a doctrine of helping the poor could have followed what they preach and made affordable housing a reality. We can't have large land owners who contribute zero to our society earning big rewards on their way out. This sale should have never gone through.

One would be very naive to think that the Catholic Church's main doctrine is aimed at helping the poor. As i've said many times NYC has always been about real estate and finance. The CC has about half a billion dollars in TAX FREE property in the NY metro area alone. Believe me, they're stinking rich. I met the guy who manages their investment portfolio last year. Not saying they give back nothing but organized religion is quite the racket for long term tax free investing spread among every money making financial instrument out there!

There are certain posts that always trigger the same reactions. If it were a drinking game, I'd be drunk ALL of the time.

Agree that the sale should never have gone through, and also agree the Catholic Church is now more in the real estate business in NYC than in the religion business - of course they need to keep liquidating their properties (which were mostly built originally with the $$ of hard-working immigrants in the past 150 years) in order to pay off all those sex-abuse lawsuits.

For the record, even though I am a Catholic (faith-wise), I do not and will not donate even a dollar to the church any more, b/c the Archdiocese of NY has demonstrated over & over again what liars they are & that they'll sell anything that's not nailed down to cover their costs. (Oh, except, of course, where Dolan lives!)

FYI, just Google "centro maria nyc" to read about the OTHER big sin the Archdiocese is just finishing up committing: throwing nuns and the women they serve out of a building on far west 54th Street, b/c hey, that land is really valuable now, and tough luck to the nuns who run the place, and the women living there in peace & harmony at affordable rates. The women & nuns all OUT permanently as of Aug. 31st, having been given the vague promise that MAYBE the church will find them somewhere else to go, some day in the future, if the men in charge in the Archdiocese happen to get around to it.

11 stories is too tall. It's going to start looking like the UES around here pretty soon. Should be capped at 2 stories higher than what adjoins it.

Funny (not funny) that you mention Centro Maria! Last week I saw a nun in a car when we were crossing the street and I told my bf I’ve never seen an angry nun before. That’s it. The only comment I made and we kept walking.

I would love for everyone up in arms to explain how Archdiocese and La Salle pay for and maintain their schools. Each group serves predominantly low income group as it relates to their education. You need to understand both sides and not just jump to conclusions if you really consider yourself an open-minded person trying to make society a better place.