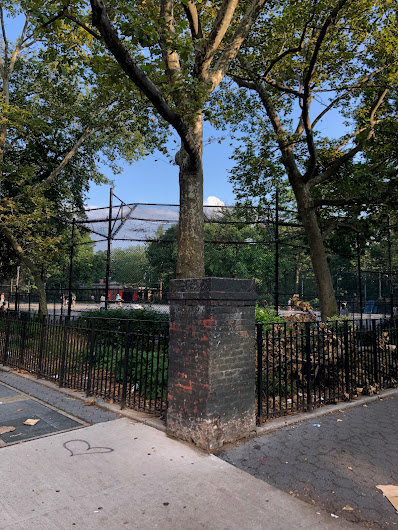 The last piece of the COVID-19 memorial that has been on the southeast corner of Avenue A and 10th Street since March 26 is gone.

In recent weeks, only the memorial — titled "Beacon of Hope" — atop the brick column remained. This was after someone vandalized the work once again a few weeks back. (This happened multiple times in the spring.)

It was originally erected in honor of Edd Conboy, a licensed therapist and director of social services at Broad Street Ministry in Philadelphia, who died on March 20 of a stroke. He was 69. His brother Jim, an East Village artist, created the memorial after his family was unable to hold a funeral in the midst of the COVID-19 outbreak.

The memorial continued to evolve this spring to honor those who died during the pandemic. 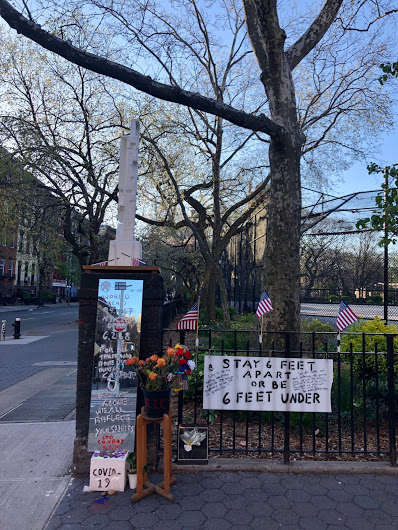 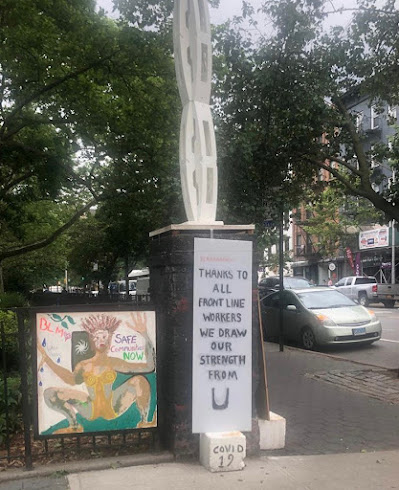 Why was it removed? Was it the Parks Department? It was not blocking anyone's path into the park they should have just left it alone.

More of us have been hurt by the reaction to the pandemic more than the pandemic itself. Both are sad and tragic but there is only one we have control over. Let's stick together and support each other through this infuriating madness.

It was the Parks Department. I saw a few guys removing it yesterday (Monday the 17th), only the beacon was left at the time, they just took it off and put it by the dumpster

Why wouldn't the Parks Department remove it, it's a city park. If you want to make a memorial you need to do it on your own property or get city permission if on city property. If you ad lib this kind of thing it's not going to last.