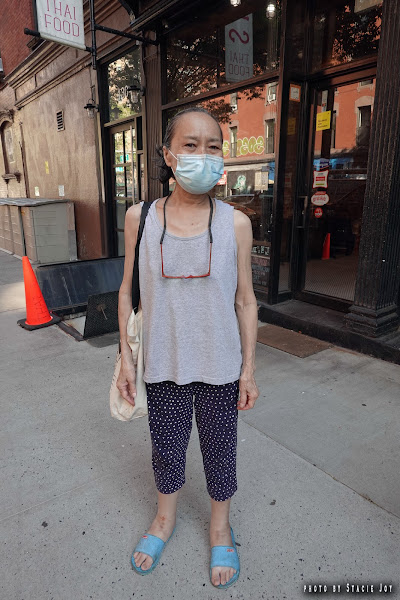 Lek's friends and neighbors have come together and launched a crowdfunding campaign to help her and her family with expenses.

Lek, who grew up in Bangkok, has lived in the EV for more than 30 years and previously owned the much loved Thai restaurant, Holy Basil, before opening Lui's Thai Food. At 62 years old, Chef Lek is a powerhouse and a beloved neighbor in the community.

You may find the GoFundMe link here.

The restaurant at 128 E. Fourth St. between First Avenue and Second Avenue remains closed for now... 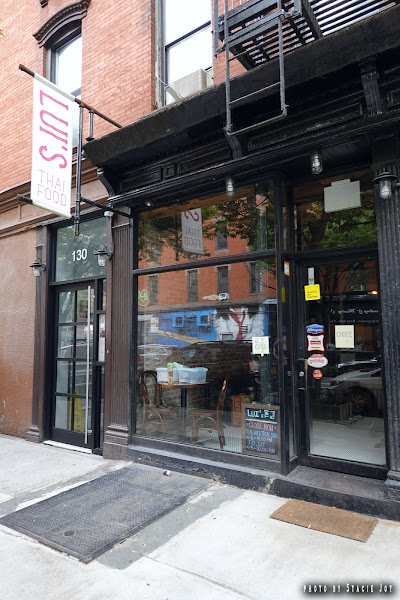 Previously on EV Grieve:
• A visit to Lui’s Thai Food on 4th Street 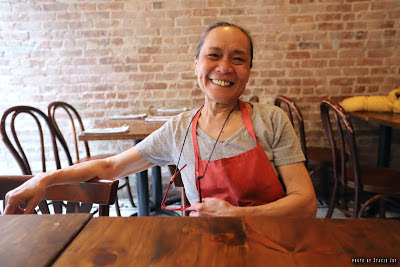 Here's wishing Chef Lek a speedy and complete recovery. I followed her from Holy Basil on 2nd Avenue to her little gem of a restaurant on 4th Street. She, and her wonderful food offerings, are long-time neighborhood treasures. If you can, please check out the GoFundMe page.

thank you for sharing this. speedy recovery to the queen! hope shes feeling better and she is missed. best thai in the neighborhood (duck breast with red curry isnt on the menu but she will make it for you and it will be amazing)

Does anyone do any kind of confirmation on GoFundMe campaigns before they are shared here? I looked at the GoFundMe page and without knowing the organizer and no confirmation from Chef Lek/her family, I am hesitant to just hand over money.

Get well, Lek. I know it's been a rough few months.

@3:29pm: You can contact the gofundme organizer via the gofundme page and ASK about that. And in this case, the organizer states that she lives next door to Lek's restaurant location (and presumably knows Lek and Lek knows her).

There's a level of trust involved in gofundme, but OTOH I've heard of cases where gofundme *has* reimbursed all the donors if there was a problem.

Hi there, anonymous at 3:29 PM! In reporting on this story, I spoke with the gofundme organizer Heather (the neighbor), who I do not know, and Junior (the super), who I do know, and also spoke with Lek, who I also know. Lek has given me permission to share this story and the gofundme link. I have no reason to believe that Heather wouldn't do as she says but as another person stated, if you have questions for Heather you can feel free to address them to her via the gofundme page contact. And thank you to all the folks who sent well-wishes and assistance to Lek, I know she is touched by the outreach and support.

I have had some really wonderful meals at this cozy place. The food is really delicious. I wish this woman the very best and a speedy recovery. We want to see back at her restaurant, healthy, where she belongs.

It's wonderful to see these messages of appreciation and concern for Lek, who is my sister-in-law. I want to give you all an update. Lek has gone home to Thailand to be with her mom and sister, along with extended family where she is undergoing medical treatment for colon cancer. She is currently hospitalized and stable. The Go Fund Me contributions have made it possible for her to travel home, and to pay for much of her care, which will be ongoing for some time, and is also being supported by her family. Please know how much she appreciates the kindness of her East Village friends and neighbors. Your well wishes have been a light for her in a dark time.