A look at the larger Amor y Amargo on A; plus Soda Club signage arrives on B 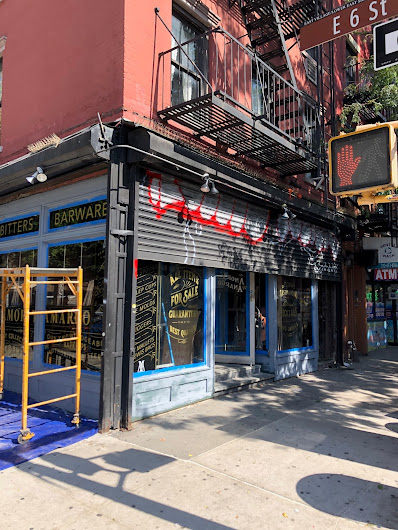 As previously reported, East Village restaurateur Ravi DeRossi is turning 95 Avenue A into an expanded Amor y Amargo... the gates were up the other day here on Sixth Street, offering a look at the new signage in progress... 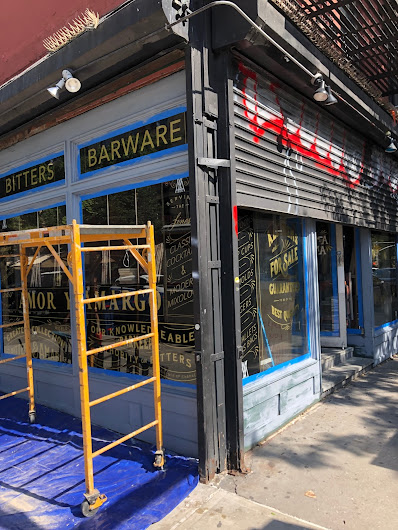 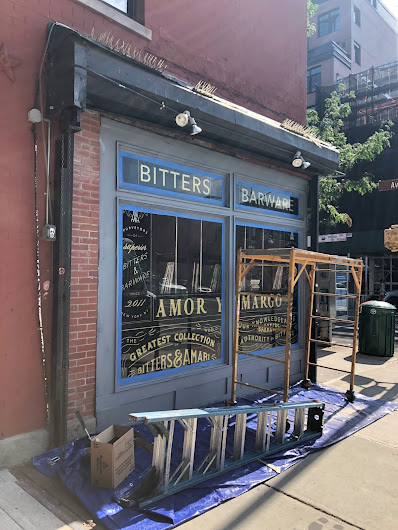 In other DeRossi developments, signage recently arrived for Soda Club here at 155 Avenue B between Ninth Street and 10th Street... 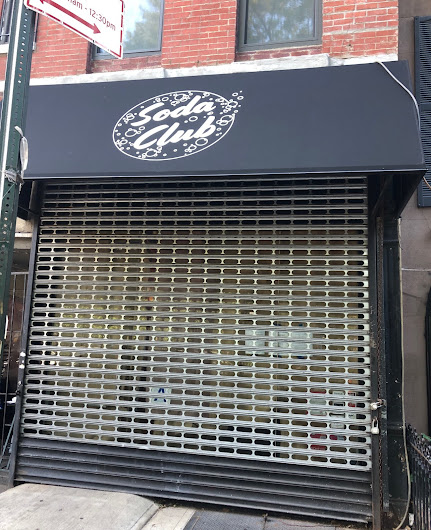 Soda Club will feature fresh-made pasta and "over 100 natural and inexpensive wines." No word on an opening date.

Previously on EV Grieve:
• Mother of Pearl and Honey Bee's close to make way for a larger Amor y Amargo on Avenue A

• Ravi Derossi has Soda Club in the works for Avenue B
Posted by Grieve at 4:50 AM

The master of "theme bars and restaurants" is at it again.

Not really a Ravi fan but I appreciate his chutzpah and seemingly bottomless enthusiasm.

His ideas are getting more and more lame with time. From real nice concepts way back at his beginning, to simply just boring and unnecessary right now.

Oh man I'm disappointed soda club isn't an actual soda club. I was hoping for an all seltzer menu. Sigh.

I know! Was getting excited while approaching the menu, just to discover it is one more pasta joint.