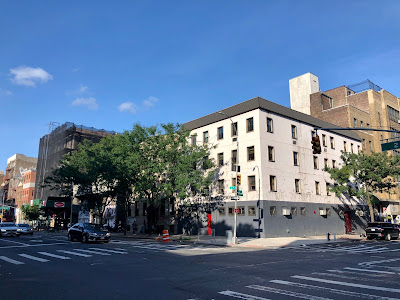 The $14.5 million purchase of the four-story building — announced yesterday — is the third of three contiguous parcels between Second Street and Third Street acquired by the firm this year for future development. Gemini Rosemont closed on 42-44 Second Ave. and 46-48 Second Ave. (the former Church of the Nativity) in March for $40 million.

The total lot area of the assembled site is 14,075 square feet, according to city records. The combined development site can accommodate an as-of-right buildable area of 75,908 square feet and up to 101,210 square feet of residential area under the city's Inclusionary Housing Program.

Development plans have not been made public. Meanwhile, demolition permits have already been filed for the former Church of the Nativity and the adjacent building. 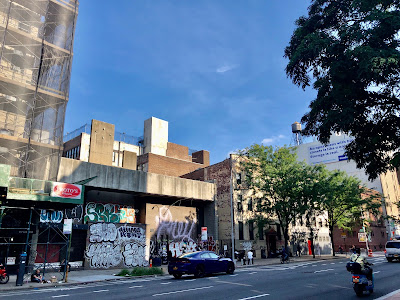 La Salle purchased the Annex property in 1966 to provide additional space for its large population of students during that era. Since 2010, the Annex served as the home of the Brothers' Community that was associated with the school and provided office space for some members of the school's administrative staff.

According to a press release on the sale, proceeds are earmarked for school's endowment.

A significant portion of the proceeds from the sale are earmarked for La Salle Academy’s endowment fund, boosting the school’s financial stability and its ability to meet the growing needs of the segment of its student population who require tuition assistance. La Salle Academy, which currently occupies the top three floors of St. George’s Ukrainian School on East Sixth Street off Second Avenue, will continue to operate at its present location.

La Salle Academy's former school building and Brothers' Residence on Second Street, which is currently leased by the Nord Anglia International School, are not included in the transaction.

As for the future of 38-48 Second Ave., the Gemini Rosemont website notes that they look to rent to "tenants in high growth and tech centric industries."

Great just what the LES/EV needs another cold sterile apartment building with $4,000 a month cookie cutter apartments who no one I know who lives in this neighborhood can afford.

Get ready for another Death Star.

I wonder what would Jesus would have done with that property?

@10:17am: I'm not the OP, but how about some affordable housing? Whatta crazy idea, right?!

Or senior citizen/disabled housing, even crazier!

I propose a moratorium on tearing down small buildings, so we don't end up with so many effin' ugly glass boxes built for bozos and bro's who have more money than brains.

I'd also like to see a requirement that these developers LIVE IN the buildings they construct, esp. on WEEKENDS, so they can enjoy everything they've done to the neighborhood fully.

Great idea. The city is already in dire economic straights. Let’s stop all new development. With the amount of people leaving the city you should be happy that some still believe in it’s economic future.

1) The Catholic Church needs money to keep open its other churches and schools.
2) 90% of students at La Salle Academy are subsidized and the school was almost in financial ruin, which would have eliminated that education.

Far too many EV Grievers always just jump to conclusions instead of really understanding the full picture. Both the Church and La Salle Academy offered their buildings to NYC for affordable housing and/or senior housing. The prices NYC offered them were SO low and were not going to allow them to maintain their own, positive organizations that they have put blood, sweat, and tears into. If you want to point fingers, point fingers at NYC who wasn’t willing to invest in this housing.

The only solution is actually more density. It isn’t free to build and building, and keeping small buildings doesn’t create more affordable units.

You can’t have it both ways...