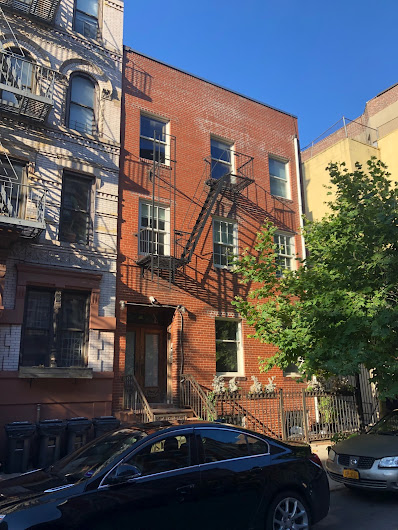 The three-story, three-unit building at 243 E Seventh St. has sold for $4.35 million, according to public records... making this the third owner in 12 years.

Highpoint Property Group is listed as the buyer of the property here between Avenue C and Avenue D. The seller is Olivier Jaillon, per the records. 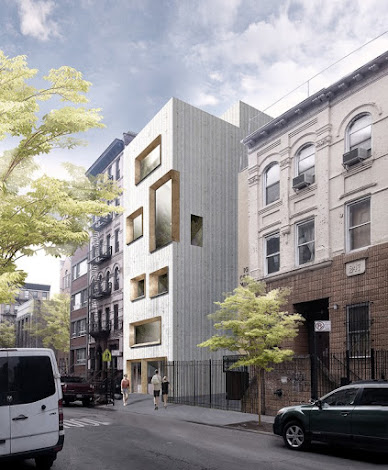 It's not known at the moment what Highpoint Property Group has planned. You can likely count on the new building to have a The in the name, though. The Group's other East Village properties include The Slater at 174-176 First Ave., The Topanga at 202 Avenue A and The Callahan at 100 Second Ave.

This tranquil block has seen its share of luxury development through the years, first with the Flowerbox Building. There are also new condos at 253 E. Seventh St. and 277 E. Seventh St. with a townhouse conversation underway at No. 264.
Posted by Grieve at 6:10 AM

I live across the street from this. It is my sincerest hope someone doesn't gut here at least not right away. The noise, dust, and debris will become insufferable. I can only imagine when and if this is rebuilt how much apartments will actually sell for. Just a few feet away from the right of my doorstep faces a new condo building where entire floors start at 2.1 million. In LA, where I am from originally, that amount could buy one a nice home in Studio City, with a decent size pool, two car garage, front and back lawn, two bedrooms, two bathrooms, living room and a large kitchen. Boy. Am I a fool for staying here.

Always remember that asking price is what it is, an asking price. The months ahead might turn those prices to some fading memory from the past, who knows.

there should be a minimum density requirement for zoning exception. what's the point of tearing apart/down a three-story building to construct a four-story building?