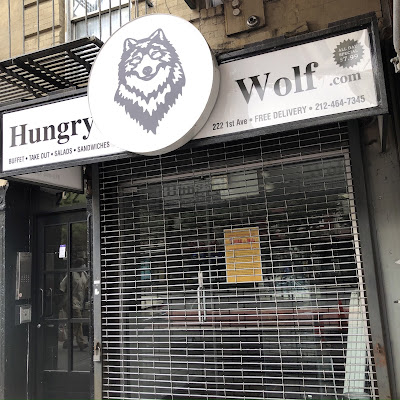 A trio of NYC restaurateurs are joining forces to open Veeray Da Dhaba, which will serve "authentic roadside cuisine of Punjab" here at 222 First Ave. between 13th Street and 14th Street. (Thanks to William Klayer for the photos!)

A coming-soon sign in the front window offers an overview what to expect from Sonny Solomon, Hemant Mathur (a Michelin-starred chef) and Binder Saini (former executive chef of Kurry Qulture in Astoria).

"With a devotion to authentic and personalized Indian cuisine, Chef Hemant Mathur and Binder Saini revive the quintessential delicacies found in a Punjabi dhaba, and serve them hot and piping for all who hunger for a taste of India." 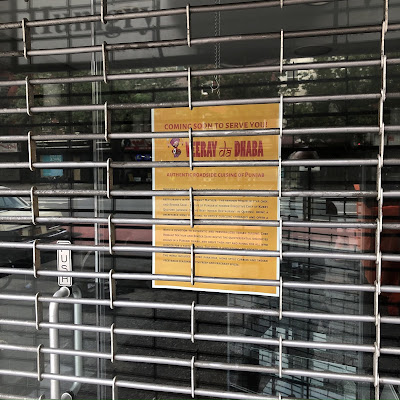 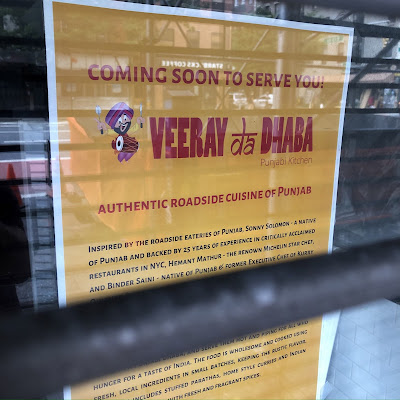 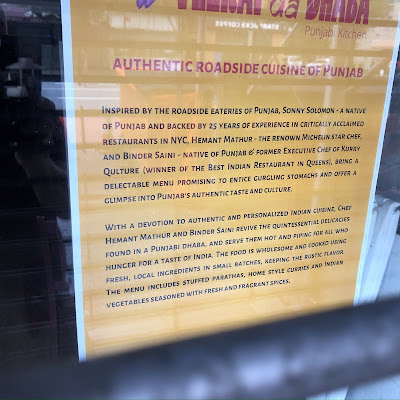 No. 222 has been several restaurants of late, including the awesomely named Hungry Wolf (which I swear was never actually open) and Golody Halal Buffet.
Posted by Grieve at 6:03 AM

lord yes, i will eat the s*** out of this food! welcome delicious restaurant!

I did see Hungry Wolf open a couple of times, but I never actually went in.

Love the name and the sign. Looking forward to checking them out.

So excited to have the best Indian food I've ever eaten move to Manhattan!

Thank you looking forward to serve you.

Thank you looking forward to serve you.

What kind of food was there?

Somehow I don’t think they’ll be using this quote in their advertising.

How about opening up in Northern NJ? Definitely a fan and looking forward to visiting.

Looking forward to dining at Veeray da Dhaba. Being originally from Delhi and traveled extensively in the Dhaba land Punjab, am very hopeful and wish you all the success. Bring it on Veeray!!

Any update on the time of opening?