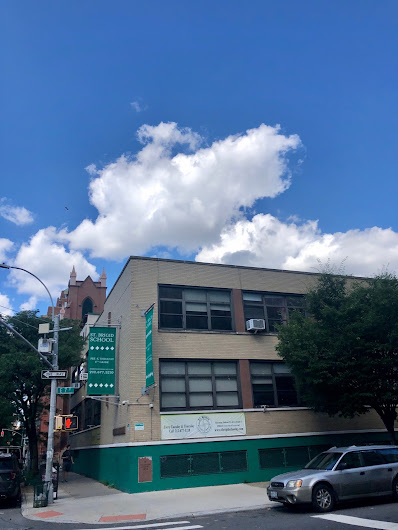 Excavation work started this week behind the now-closed St. Brigid School on Seventh Street and Avenue B... 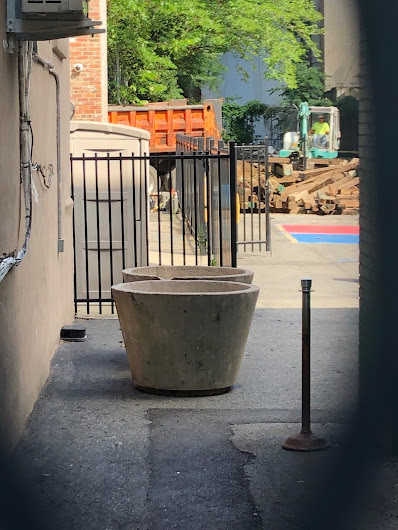 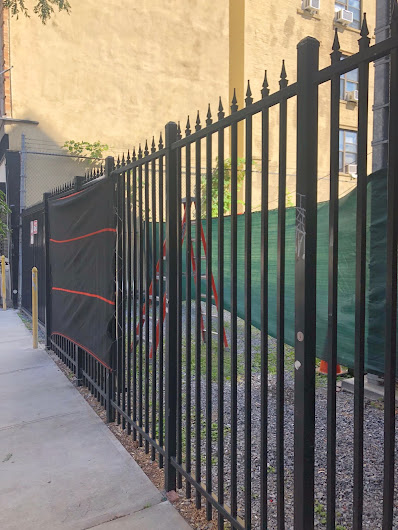 ... there's a screen up to prevent any blog snooping... 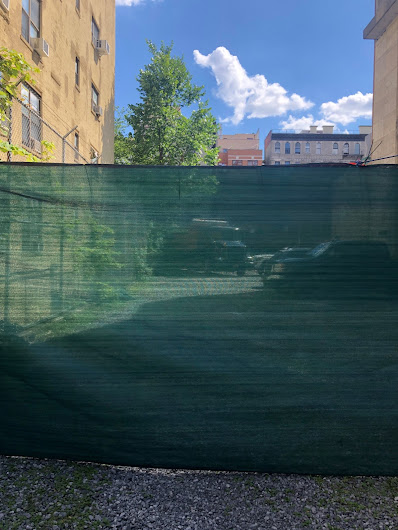 The appearance of a mini excavator and dump truck isn't always newsworthy... however, in the case of this property, there has been speculation over what will become of the former elementary school, prime real estate with Tompkins Square Park views.

In February 2019, the Archdiocese of New York announced that St. Brigid School would cease operations at the end of the 2018-2019 academic year, a move that blindsided students, parents and faculty alike.

Founded in 1856, the Saint Brigid School was one of seven city Catholic schools marked for closure by the Archdiocese.

To date, the Archdiocese has not stated its plans for the space.

In recent years, the Archdiocese has seen sales of more than $80 million for two former East Village churches.

Developer Douglas Steiner bought the former Mary Help of Christians property on Avenue A at 12th Street in 2012 from the Archdiocese of New York for $41 million. During the summer of 2013, workers demolished the church, school and rectory to make way for Steiner East Village, the block-long condoplex.

Back in March, Gemini Rosemont, an L.A.-based real-estate investor, bought the former Church of the Nativity property on Second Avenue between Second Street and Third Street for $40 million.
Posted by Grieve at 6:02 AM

Less options for working class families children to get a good education and more multi-million dollar apartments with a city park view for the wealthy. I wonder what Jesus would have to say about this?

didn't anyone tell the developers that all the richies shipped out?

I am sure more LUXURY Condos for those who never lived in East Village before for 2 million each.

Very sad all these catholic schools are closing . Often good, affordable options for those who do not have good public school options