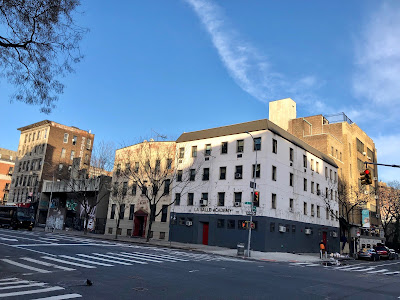 As we reported on Tuesday, Gemini Rosemont, an L.A.-based real-estate investor, bought the former Church of the Nativity property on Second Avenue for $40 million. 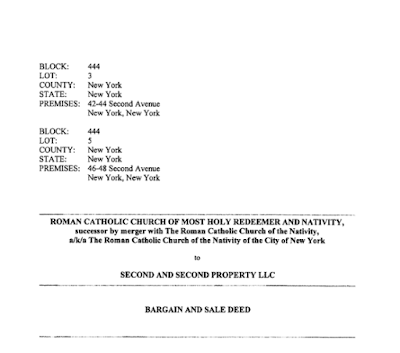 As several readers have pointed out, including Upper West Sider, the transaction is for the former church and part of the former La Salle property next door at 44 Second Ave. ... 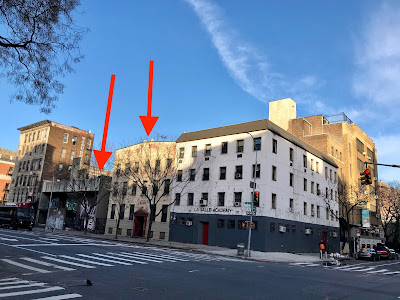 For now, the corner building at Second Street, 38 Second Ave., is not part of the unspecified new development expected here.

La Salle, which dates to 1856 in this neighborhood, relocated to St. George Academy on Sixth Street in 2008.

The original La Salle Academy on Second Street was leased to a for-profit private school. The Second Avenue properties were apparently used as the school annex, providing additional classrooms and office space.

As for the future of 42-48 Second Ave., the Gemini Rosemont website notes that they look to rent to "tenants in high growth and tech centric industries."

Email ThisBlogThis!Share to TwitterShare to FacebookShare to Pinterest
Labels: Church of the Nativity, development site, LaSalle

Ah, see that beautiful expanse of blue sky - well, you can kiss that goodbye. More glass condos for some corporate account's portfolio.

The Church can't wait to flip their properties and make some $cratch.

38 second ave will be part of the devwlopment

Your date of 2008 for the move is incorrect.

My son graduated from La Salle in 2009 and the school was still in that location. I don't know what year it was that they moved but it was after that.

You posted a picture of the blooming tree in the cemetery next to the school and it made me happy that he had a chance to experience what young men for 150 plus years before him had.

Thanks. I took the 2008 date directly form the La Salle website.