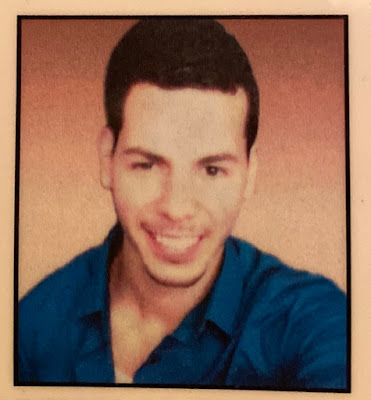 On March 26, 2015, Nicholas Figueroa was having a late lunch with a friend at Sushi Park, 121 Second Ave., when an explosion rocked the building. The blast killed Figueroa and Sushi Park employee Moises Locón, 27, injured more than 20 others, and leveled 119, 121 and 123 Second Ave.

He was a December 2014 graduate of SUNY Buffalo State with a degree in criminal justice. He was 23.

His parents, Nixon Figueroa and Ana Lanza, shared this message on the fifth anniversary of his death:

Now it has been five years since we lost our son.

We would like to thank everyone who has been so supportive, especially family and friends who help us to cope with our grief.

Our son was so full of life. All he wanted was to help people in all the ways he could, particularly by listening and being there for them. He would go out of his way to help a friend. It didn't matter what time it was. If you needed someone to talk to, he would be there.

His absence leaves an empty space because he was a motivator. He had a big heart for people and for life. He was smart and you could talk to him about anything. He was such a good listener. His soul is irreplaceable because he showed us there is more to life. He saw good in everyone and wanted to help.

If he were alive today, he would tell people to love life to the fullest. Enjoy every moment. Life is too short. He knew that, and that's why he was so full of life. He would tell us to take this time and be very grateful for your family and friends. And for all that you have.

Thank you to EVG reader Daniel. 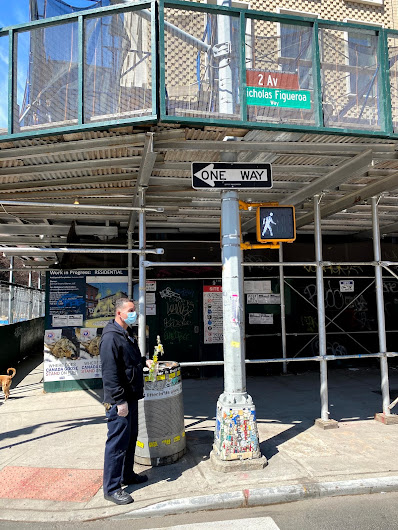 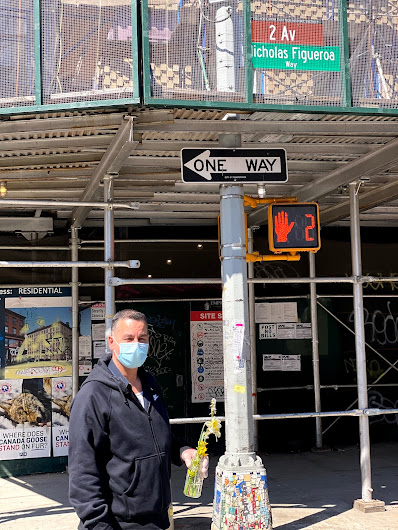 Heartbreaking. Wishing comfort to his family.

This brought tears to my eyes. It's been 5 years, but the heartbreak is still raw.

i can't pass that corner without thinking of him and i never knew him. gone but never forgotten. deepest sympathy to his family and friends.

Five years, yes, but only a moment ago. This is true for all of us in this neighborhood, and for the parents of these two young men.

I wish the families of Nicholas and Moises the peace that surpasses all understanding, and the knowledge that these two young men will live forever in the minds and hearts of ALL of us here. I hope that will bring them some comfort.

We will never forget. Their names are part of NYC'S saddest history.
And thank you for the family fot keeping poor Moises Locón in our memory too.

Even in this moment, this tragedy stands out as such a testament to the goodness of most people in the face of the greed and irresponsibility of the few. Being locked up behind bars during a coronavirus outbreak would be poetic justice, yet Maria Hrynenko is out on bail pending her appeal, so where is the justice? All we can do is honor their memory, and pledge to do what we can to never allow this kind of thing to happen again.