Report: Gregg Singer offers former P.S. 64 for use as a medical facility during COVID-19 crisis 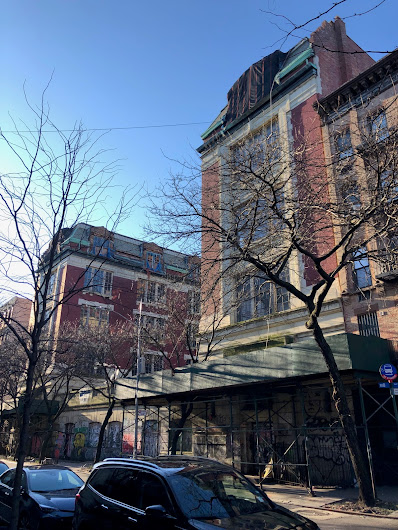 ICYMI: Controversial landlord Gregg Singer has offered to donate the former P.S. 64 on Ninth Street to the city for use to potentially treat patients infected with the coronavirus.

As Crain's first reported, Singer conveyed his offer in a letter to Mayor de Blasio as well as to the offices of Gov. Cuomo and President Trump.

According to published reports, the city is seeking potential medical surge facilities, such as hotels, dorms and even the Javits Convention Center.

The city dismissed the offer to use the derelict building that has been vacant for more than 20 years between Avenue B and Avenue C.

“We’re not interested,” the spokeswoman told Crain’s “It doesn’t meet our needs.”

The building looks to be in disrepair, with broken windows and a crack in the facade on the western corner of the landmarked building.

“We have an engineer’s report stating the building is safe,” Singer said. “It’s like when you build a makeshift hospital or triage center in an open field. This would be the same thing here, but indoors.”

Singer bought the property — the former P.S 64 and CHARAS/El Bohio community center — from the city during an auction in 1998. You can read the archives for more on the long history here.
Posted by Grieve at 5:30 AM

Singer gutted the interior. It's a trashed construction site inside, rubble everywhere. This is just weird PR and he knows it.

IMO, Singer is an effin' worm; his first thought is "How can I profit from a horrendous public health crisis?" Sure, buddy, we want your dusty old building to use as a hospital. NOT.

Wouldn't he love the city to use this school and have to do repairs he's too cheap to do?!

For Singer, as with Trump, it's ALWAYS about himself, and never actually about doing anything helpful for anyone else.

This is nothing more than a PR stunt. This place is a shambles. It can't be used as a medical facility.

A medical center would be a great long term use - if they repair the building.

Boy do I hate that man.

What a scamming low life this place is suitable for rats and pigeons.