Flashback Friday: Take a virtual tour of the Brant Foundation's Basquiat exhibit from 2019 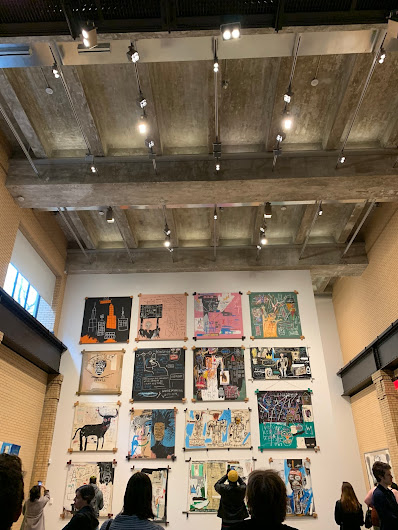 In case you missed the Brant Foundations's Jean-Michel Basquiat exhibit last year... the currently-closed space on Sixth Street between Avenue A and First Avenue is now offering a 360 VR tour of the show as seen in the four-level space owned by Peter M. Brant.

The exhibit, open to the public for two-plus months, featured some 70 works collectively valued at $1 billion. You can start exploring at this link.

Previously on EV Grieve:
• A Basquiat-at-the-Brant Foundation reader
Posted by Grieve at 6:03 AM