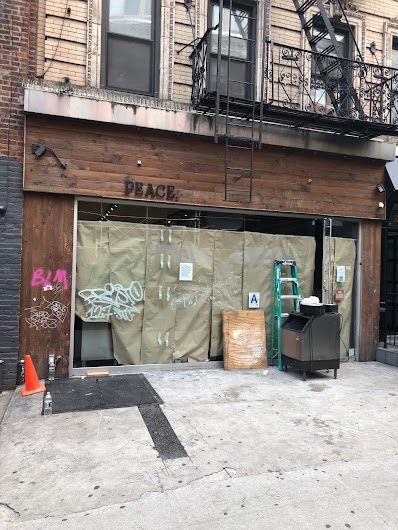 The East Village is without a Ben & Jerry's once again. The family-owned location on St. Mark's Place between Second Avenue and Third Avenue is now officially closed. The signage came down this afternoon... 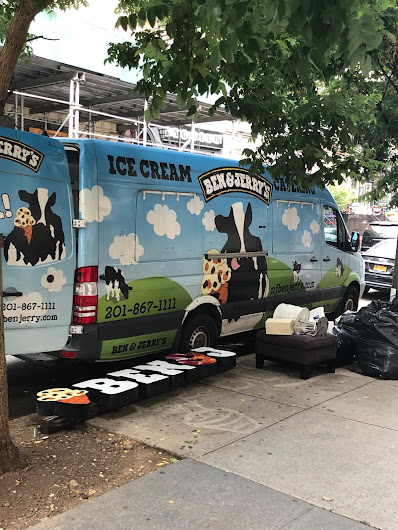 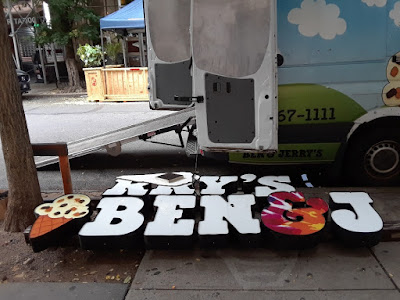 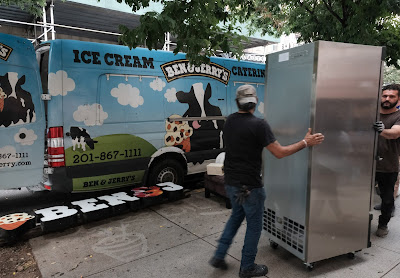 A rep for this location said that the final blow was the break-in/looting here on June 1.

As noted before, there was a Ben & Jerry's outpost at 41 Third Ave. between Ninth Street and 10th Street for 22 years before its closure in September 2010.

Previously on EV Grieve:
7 years later, a Ben & Jerry's is returning to the East Village
Posted by Grieve at 4:00 PM

Damn. Where I am going to find chocolate mint cookie now? :(

I had the sinking feeling that the damage from the rioting/looting might be the last straw for that location.

I'm very sorry for the losses sustained by a family that worked so hard to make a go of it, and I wish them the very best in the future. I want to say a sincere "thank you" to them for making the East Village a better place!