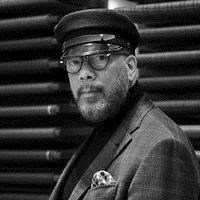 In an ongoing feature titled "Those We Lost" at The New York Times, the paper is paying tribute to New Yorkers who died of COVID-19 this year.

On Sunday, the paper featured Francois "Frans" Nieuwendam, who died on May 3 at his East Village apartment. He was 60.

Aside from a career working the door at high-end clubs in the day, he was "a made-to-measure specialist helping men’s wear customers at Barneys and other retailers and as a consultant for, and producer of, fashion shows."

Here's more from an obituary at Legacy.com:

As a young man in London, Frans spent his meager allowance on King's Road emulating the looks of style icons the likes of David Bowie and Brian Ferry. He worked as a bespoke, made to measure consultant for Alfred Dunhill, Jil Sander, Barney's and Hickey Freeman. He often advised that "The suit is always the best garment to flatter a man."

According to his friend Sudha Chinniah: "Frans was absolutely the most stylish man in any room he entered, but dominated much more profoundly in his elegance of character and ability to connect with anyone he met."
Posted by Grieve at 7:30 AM

oh my goodness what a loss! RIP handsome wild creature!

Terrible news.
I recognize him from the
neighborhood, he would always say
Hello and make small conversation.
He definitely had an appeal about him.
Happy Trails