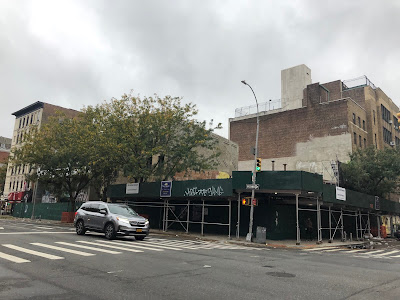 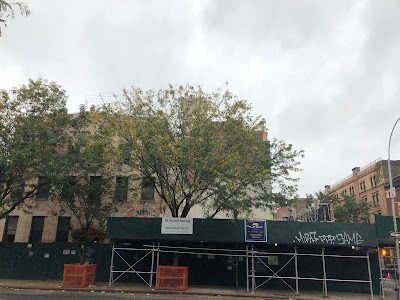 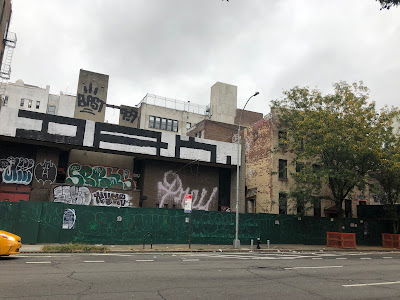 • The fight to keep Church of the Nativity from becoming luxury housing
Posted by Grieve at 5:10 AM

So they take away three properties for one?

This may not be the tallest building in the neighborhood but it still has a massive footprint. Rich people 1, the rest of us 0

Check out the website for Fogerty Finger Architecture, the firm designing this. It doesn't get blander. Expect another ugly, boring, unimaginative, eyesore blighting our neighborhood. Why do these developers, when given the opportunity to shape the future, always fail us with their lame provincialism and lack of taste? It is infuriating. This is going to be a another ugly box like the ones found in industrialparks near airports across middle America.

Don’t forget the several stop work orders that have already taken place because of safety issues.

Take? These properties were purchased for massive amounts of money. The sellers made a lot of money. Nothing was taken.

Why didnt housing providers buy the buildings? Why did the sellers take these peoples money? It takes two to tango. Affordable meaning what exactly? Many old buildings have terrible plumbing and wiring. They arent wheelchair accessible. The floors are uneven. They arent green certified. You cant stay low rise and not expand the housing stock and claim to care about affordable housing.

trying to turn Manhattan into Santa Monica - as if!

Because New Yorkers can't even afford it anymore. What are we supposed to do, the ones who've been here since day one that at the time had been trying to just afford living here, are not bought out by people who've been doing this same thing in underdeveloped neighborhoods before us? Shit, if we had known we could do this, we would have, but that's exactly how gentrification starts. Keep the people from the neighborhood down, then sweep them out as hard as you can. If we had known, we'd keep the establishment. You think we want these fucking remote working coffee drinking 4am wooing Wisconsin kids here? 15 years ago these type of people were afraid to cross Ave A, we simply had to. Now it's all peechy keen. We endured a lot to live here, and the only thing that drives us out is money.